Last Saturday, Oct. 6, after the Senate confirmed the nomination of now-Justice Brett Kavanaugh to the Supreme Court, a young woman and a young man encircled an elderly man holding two signs in peaceful support of Kavanaugh.

The woman taunted the elderly man, dancing in front of and around him in her short shorts.

Then she struck the signs from his hands, hitting him.

The legal definition of “assault” is “a threat of bodily harm coupled with an apparent, present ability to cause the harm. It is both a crime and a tort and, therefore, may result in either criminal or civil liability.” “Battery” is assault that involves bodily contact — “an intentional unpermitted act causing harmful or offensive contact with the ‘person’ of another.” Although causing any physical harm or injury to the victim—such as a cut, a burn, or a bullet wound—could constitute battery, “actual injury is not required. Even though there is no apparent bruise following harmful contact, the defendant can still be guilty of battery.”

There may also be additional “elder abuse” penalties because she assaulted and battered a senior citizen.

Happily, as seen in a photo posted by Ruptly, the woman was led away in handcuffs. Altogether, 164 protesters were arrested on Saturday at the Capitol and on the steps of the Supreme Court, where the assault on the elderly man took place. (Daily Wire)

He hired his clerks — all women — and will participate in oral arguments before the Supreme Court today.

I hope she had to stay in jail from Saturday until today, since yesterday was a holiday.?

Her parents must be so proud…

Her parents are most likely proggies themselves.

You mean parent. Can be pretty certain daddy is not around.

Maybe daddy is one of the “chest-less” males. Leeann

You gotta admit, that elder held his ground & kept his self respect! He wasn’t fooled by her idiocracy. He’s living life, to the fullest display of idiocy of today’s genX or is it Y, Z, P, Q, I don’t know.

He DID do a great job. He should have put her in time out.

You know what I wish…that each one of these brainwashed imbeciles who did this to this gentleman would be kept in jail until they can come up with a hefty fine. This is what the universities and colleges today are putting out, total brain dead idiots.

I wonder if she likes her new girlfriend.

Since it would be self defense, it would be pretty sweet I feel he had knocked her on her prancing arse.

The travesty is that none of these brain-dead people are held accountable. They are proud to be arrested, since they know they will soon be released. The rule of law is only for us dumb schmucks. 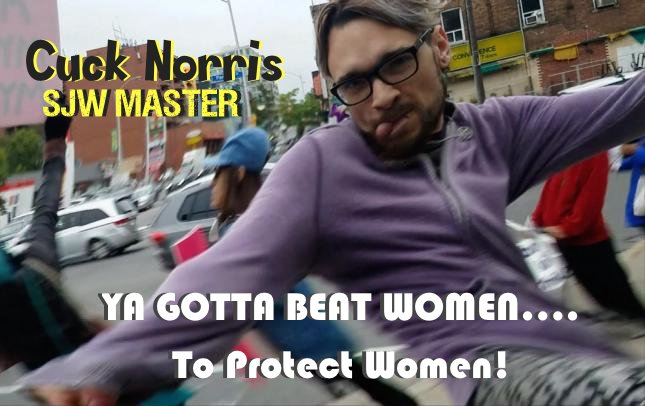 People like these need to be duct-taped to a tree. 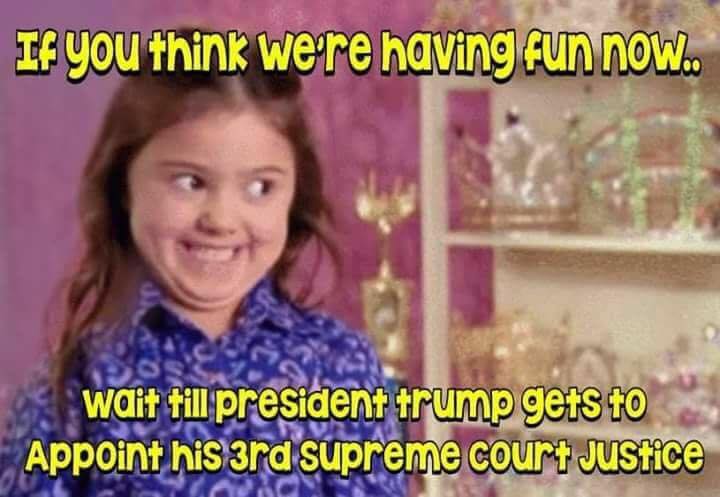 When that happens (soon please!) proggies are going to go completely off the rails…as if they haven’t already.

Enough with the progressive or liberal label for these criminals. We need to start calling them exactly what they are, Neo-Bolshevik Communists. We can no longer allow these ‘people’ to dictate what nice sounding terms we call them. Words have meanings, its time to start using them, as well as using their tactics (Alinsky’s Rules for Radicals) against them.

That’s what we call them at our house…..sometimes “German Democratic Republic Brown Shirts” fits just fine, too. We also refer to “Antifa” as the “Black-Hooded Clan.”

This is an example of what my Dad used to call a snot nosed, wet behind the ears punk. It used to be the occasional young man only acting like a punk. Now we have hordes of them, both sexes, acting in such a manner. I guess you could say that youth has always is fully of folly, but in addition they are now filled of arrogance fueled by ignorance. I hope the little brat gets a dose of humility in jail.

Yeah, I read where he received a bunch of other charges besides kicking the woman. It seems he pushed some other women into utility poles, etc.. He’s a big strong woman beater I guess. I hope they throw the book at him (?).

Look at this loser. He looks like Zippy the Pinhead in a pink shirt:

There were several men volunteering to rearrange his body for him too. He is a dirty unwashed coward punk. He needs to be “vewy vewy careful”, because retribution will find him ,when least expected. Leeann

At the risk of going to jail myself, if that had been my dad or grandpa, I would have roundhouse kicked her into the next century. What she is guilty of is “elder abuse”. I hope she gets locked up in a cell with a mate named “Big Gert”. Leeann

I can’t help but notice that this foolish person picked on an old man. What a pos.

Well look at my example about. “He” goes around kicking women and shoving them into utility poles. What a guy. Don’t it make you proudernshit?

Give her the maximum sentence possible. An example needs to be set for these scumbags.

With any luck at all the brainwashed little left wing bitch was put in jail, and got bitch slapped while she was there. She thinks she is pretty smart and tough, dancing around that old man like that with that ‘chant’ you’d expect to hear from a 6 year old. She and her little beta male snowflake should both have their asses kicked.

They should do an episode of “Scared Straight” with her as the “star”. We’ll see how Suburban Sally holds up to a version of “Zulu Dawn” down at the jail.

If I have to be honest, I’d say USA is dealing with the grand kiddies of the Bolsheviks leading up to 1933 Germany & we’re now dealing with what the Germans had to deal with back then.

Once you know that history, and know who they were and know their tricks. Study Irgun and Stern gang. Also the Purple Gang. Meyer Lansky is a good start.

I’m a little sad for USA, on the other hand it’s laughable when you know.

You’re right. This is analogous to German history. They were in the streets, raising hell, just like now. Notice how the “Brownshirts” are portrayed as more or less running around beating people up for no good reason. Actually, they were beating on the commies. You are full of valuable insights. After all, there are just so many options. One either tries to be a good citizen, or they……..don’t. The “talking heads” and the historians all lie like rugs. The people’s natural inclination is to settle in. It takes agitation to get them stirred in one direction or another. None (and… Read more »

Exactly. The education system is being used to indoctrinate kids and those kids are rampaging, attacking those who’ve been designated ‘enemy’ by the leadership of the movement.

If that little dancing monkey had hit me like that, I would have had a hand full of that hair and she would be on the ground in half a heart beat.

These mentally ill liberal wannabe Bolsheviks should be deported to the former Rhodesia aka Zimbabwe and experience real “Diversity” & “Communism”.

Yeah, you are looking at “red diaper babies” and their parents were equally mean, stupid, and arrogant. You are also most correct though suggesting we not ever allow these retards to reset the big idea of free speech. There really are not that many of them but they’ve got the medium. I ought say instead these self entitled self styled twats used to have the only medium for communications. Red China, Europe, etc., anathema to the individual. Hey, European beliefs or demands have NEVAH NEVAH been the friend of Americans. Have you noticed now that it’s become a health hazard… Read more »

Women in general are on the level of animals in mind and are as easily manipulated, it is in their biology, they are not made to rule, decipher and judge, just like men are not made to bear and raise babies which in nature takes up the entire lives of women until age 50 or more. Now will the baby murder pills that women take they are not women anymore and are so far removed from womanhood none of them understand what it even is and are led about like puppets on a string of those they deem will grant… Read more »

You, Ouo, are the sort of Neanderthal that gives ammunition to rabid feminists.
You’re so stupid it hasn’t occurred to your dull mind that you’re reading a blog, 50% of its writers are women.

Expect the Soros limo to drop him (?) off at the next rally wearing a MAGA hat. CNN will film the entire thing.

I had a hard time watching the vid, as I was anticipating that girl punching & kicking the old guy. I am glad she didn’t hit him.

It looks to me she did hit him when she struck the signs from his hands.

She did make contact to his face when taking (stealing) his sign. That is assault and battery. It’s also elder-abuse. I think she needs to pay him for pain, suffering and humiliation. She also needs to do some time in jail.

We hope the Liberals keep up their hate for our President Trump… it will solidify their Blue Wave in November, but it will be a blue wave of their tears as they cry all night from a loss at the polls the MSM promised they would win, again.

How about we apply the Dem’s new Rule of Law to the Hillary email crimes ? Still not too late to prosecute her…