Would you let your daughter wear this to school?

New York Daily News: A Queens high school sent a student home Tuesday, saying her “I enjoy vagina” T-shirt was a distraction — but the bisexual teen says administrators are trouncing her free speech. And her mother is on her side.

Brianna Demato, 15, of Woodhaven, wore the explicit “Enjoy Coke”-style T-shirt to Newtown High School Tuesday — and said she was sent home when she refused to change. “It’s hypocritical,” said Brianna, who insisted she’s worn the flirty shirt to school dozens of times without incident. “They use the word in class — why can’t I, on a shirt?”

The idealistic teen’s conflict with administrators started at lunch when a dean spotted the message written on her cherry-red shirt. Brianna said she was hauled into an assistant principal’s office, where she was given a choice: Change the shirt or go home. She refused to change, so a dean called her mother — but Brianna’s mom, Cathy Demato, took her daughter’s side. She rushed to school to defend her child — and make a point.

“They’re discriminating against Brianna. They pulled her out of class for nothing,” seethed Demato, 39. “She’s not hurting anyone. It’s her right to wear that shirt.” Demato told administrators her daughter’s vagina shirt should stay — but they disagreed. The irate mom said a dean called school safety agents to escort them off campus.

Later, school officials told Demato that if she gave her daughter a different shirt, the girl would be allowed to return to class. Otherwise, Brianna will be given an instructional workbook with tasks to complete in a separate room, away from other students. The irate mom vowed not to back down. “Wednesday she’s wearing a shirt that says ‘I’m the B—h From Down the Block,’ ” Demato said. “The message is, she can wear whatever she wants.”

Education Department officials said administrators at Brianna’s school didn’t kick her out, but the pair left on their own. Either way, school officials have the authority to keep the girl out of class for as long as they want, if they disagree with her outfit. “The language on the shirt was likely to cause disruption and the language is inappropriate for school,” said agency spokeswoman Margie Feinberg. Newtown High Principal John Ficalora declined to comment.

Some of Brianna’s schoolmates thought the gynocentric duds went too far. “I wouldn’t want my kids wearing a shirt like that,” said junior Leann Roman, 16. “Go to the gay parade like that. Don’t go to school like that.”

But others thought the shirt was no big deal. “I have a lot of friends that wear shirts that are worse than that,” said senior Edward Carmnatty, 17. “They don’t get sent home.”

Demato insisted that her daughter’s clothes aren’t a distraction. “You can’t stop somebody from being who they are,” she said. “My daughter is whoever she wants to be.”

Bet you if a male student wore this t-shirt he’d be asked to remove it as well.  Afterall, wouldn’t that qualify as sexual harassment?

Is it too much to ask people to have a little respect for what they wear to school?

When i was in high school, we had a dress code and if you broke it, you were sent home to change… right terry… Mr raz autry was our x military principle…

The student’s shirt was a distraction, and her mother did her no favors by taking her side. But this is what education has become: Mass Madness masquerading as freedom!

Kids aren’t allowed to wear a flag shirt or shirts with Christian symbols; why should this be allowed? Liberals need to realize when they change the rules, they have to abide by the rules too.

Disgusting. When did we start refurring to ourselves by our private parts? I guess when liberal loonies parade around in giant horrible pink costumes this just is another day in “normal”. Her mother is obviously a wonderful role model wanting to push the envelope even further with an equally awful shirt already to go. Home school her so she can be just like mom, then no one will care what she wears.

All ready (above sorry). Been awhile since I was in school.

As fugly as she is, little wonder she’s a rug-muncher.

LOL – And I would hate to see a pic of any guy that would go near it. 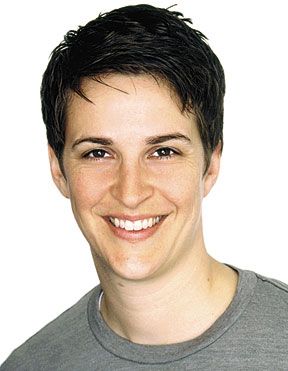 IT IS DISGUSTING. THAT MOTHER IS SENDING THE WRONG MESSAGE TO HER “PRECIOUS” DAUGHTER. HER KID OBVIOUSLY CAN DO NO WRONG