Would you believe this is actress Meg Ryan?

Her face looks like melting wax.
But she denies having had any plastic surgery.

Here’s a before-and-after for comparison:

“The most obvious thing that she’s had done is some sort of filler or fat transfer to her cheek. It’s definitely too much because the apple of her cheek is too full and too large. When she smiles, all of that filler moves up and makes her eyes look smaller. The reason she looks masculine is because of the placement of the volume in her cheeks. The volume of the filler should have been placed more laterally to give her a softer look. The tip of her nose is narrower than before. The tip looks more pinched, so it’s very possible that she had some sort of rhinoplasty. There’s definitely volume in her lips as well, and Botox on her forehead. She’s had too much Botox in the forehead, and as a result the eyes look smaller because it drops the position of the eyebrow. The surgery that most drastically changes the shape of the face is a face lift. It looks like Meg Ryan may have had one. It’s possible because the shape of her face has changed so much. The texture of her face also looks different. It looks like she could have had some sort of laser skin resurfacing procedure.”

Dr. Youssef is concerned that addiction may be the root of Meg’s major change:

“Plastic surgery addiction is a very real thing. It’s the unending desire to change your image. It’s basically an unhappiness with your image. It comes from the root of being unhappy with yourself on the inside. You think the surgery is going to solve the issue but it doesn’t because it’s more of a mental distortion of your image.”

She is unrecognizable. Whatever she claims, it definitely looks like she had her lips enlarged. possibly her upper cheeks puffed up. Simple aging does not dramatically change someone’s face like this.

Maybe she doesn’t call lots and lots of Botox surgery, but whatever it is, she did something. Your lips don’t suddenly swell into large pouty lips.

Looks like she has been “sleepless” for some time and surely she does NOT have mail.

Her cheeks are a bit puffed up. Still better looking than Killary, the Klownish Koughing Kween, though.

The surgeon who did this to her knew he was disfiguring her, bet on it, just as the Satanists running the fashion business, amply documented by Vigilant Citizen, know what they’re doing with the recent trend of simulating the physical mutilation of beautiful, young American models. Patronizing the movies will cause the moral and physical disfigurement of countless little girls, and you can bet on that, too.

She was cute but apparently she never had a lick of sense. Gotta wonder what kind of babble was going on in her head when she decided to wreck her face.

Damn, what did she do to her face?! She looks like this (only blonde) now: 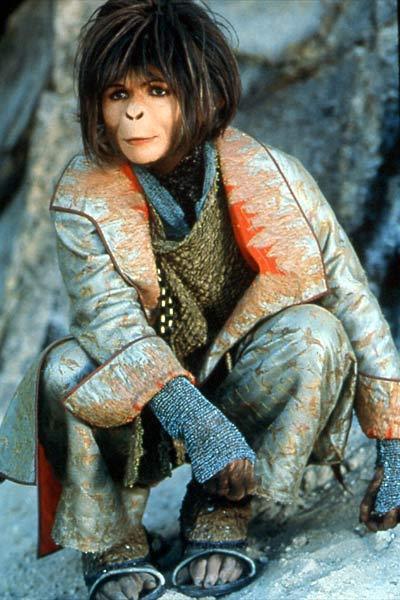 Meg’s just getting a little older-way too much makeup can actually
ADD years instead of subtracting them..Bad Lighting too.
Always have pics taken from Top down, NOT Bottom up..

It’s not just that one pic; there have been many others. Nor does aging or mere lighting do this to a face. Please scroll up to my post’s Update for what a plastic surgeon thinks.

The difference between her now , and the movie ” Top Gun ” is scary ! Granted some age more gracefully than others . She looks like a caricature of her former self . The human ego makes people do really stupid things . Like injecting themselves with God knows what .
With the last set of pics , her smile looks like the ” Jokers “

Of course, women can do what they want to do with their faces. But to get the best results from plastic surgery they should realize that nothing is going to make you look twenty again. If you get a face lift too tight you look like Nancy Pelosi and no one wants to look like that. After getting a competent surgeon you should tell him to give you a more relaxed and rested look. Call to his attention any sagging or loose skin that bothers you. If the object is to make to look the very best at your age… Read more »

There’s relaxed and rested, and then there’s frozen like you’re wearing a mask:

Barbara Streisand, the Nietzschean Madwoman, She!

I’m not a proponent of plastic surgery, but I will say, to my recollection…there is one person who had it done (multiple surgeries) and it actually improved the way they looked and that was greta van sustern from fox…
even though she looks “improved” she was still better as God had made her.

I very much like your comment, that one’s face becomes ‘frozen like you’re wearing a mask’ which these photos show all-too-well, IMO.
Thirty years ago I was infatuated w/her, but now I’ll never look upon her again w/o feeling slightly ill for her self-abuse.

Wow. One must ask oneself, what has the ‘feminist’ ‘movement’ (it is neither feminine nor a movement —it’s true misogynistic-transhuman-tyranny) REALLY accomplished in order to make women think they have to torture and disfigure their bodies in a futile attempt to stave off aging? In the end, they appear to be plastic dummies, not flesh and blood women made in the image of God.
And the masses, like sheep to the abbatoir, applaud them….