Here’s a thought: Maybe stores keeps products locked up based on statistical data of items that are most frequently stolen. And maybe the woman should be more upset with the people that are stealing the products.
From Yahoo: A southern California woman filed a lawsuit against Walmart on Friday, alleging racial discrimination after she found that her local store was keeping beauty products marketed toward black shoppers in locked cases, separated from other products.
Essie Grundy, who is represented by women’s rights lawyer faux feminist Gloria Allred, said that she was told the policy of “segregated” beauty products at the Perris, California location was a directive from corporate headquarters. In a press conference, Allred said that store employees told Grundy that she would need to be “escorted” to the cash register with the products to pay for them.
“It perpetuates a racial stereotype that African Americans are thieves,” said Allred.
Grundy, a mother of five, said that she was not allowed to touch the lotion she picked out until she had purchased it, making her feel like a “criminal.” She said she was buying a comb that cost $0.48, and didn’t understand why that item was locked away while other non-African American products that were more expensive were not.
Allred did not specify the damages that Grundy is seeking, but the lawsuit demands that the practice be stopped immediately.
Grundy said that she visited two other nearby locations and found varying, but similar circumstances. Cosmetics for black shoppers were under additional surveillance with security cameras, while products marketed towards other ethnicities were not, she recalled. Videos and pictures circulated on social media after the news conference show that the locked boxes are a feature in many locations across the country.
Walmart responded to the allegations, saying that the company does not accept racial discrimination of any kind.
“We’re sensitive to this situation and also understand, like other retailers, that some products such as electronics, automotive, cosmetics and other personal care products are subject to additional security,” said the company in a statement. “Those determinations are made on a store-by-store basis using data supporting the need for the heightened measures. While we’ve yet to review a complaint, we take this situation seriously and look forward to addressing it with the court.”
DCG

Remember folks our needs are your responsibility. If we’re thieves that is because your white! That we’re welfare receiving, drug pushing, low I,Q, having, lazy, lawless thugs is because your not! We jus doin what yo made us do cuz yo white!

WalMart locks up its ammo– how discriminatory! 😉 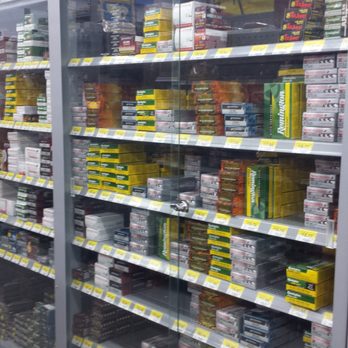 Locks are based on theft rate not race. Case closed.

Exactly, I have seen cigarettes, expensive liquor, and birth control and pregnancy tests all locked up. The store I worked in that did this had very few black customers. It was all about the shop lifting. The undercover knew to stake out the make up counter.

Give me a break!

all that stuff including make up is locked up in almost every store in tucson. some stores are closing down due to shoplifting.

There used to be a wonderful self-serve discount shoe store in Norwalk, CT that disappeared because the cops didn’t have the resources, so the manager told me at the going-out-of-business sale, to respond to blacks walking in off the street, putting on a new pair of shoes, and walking out the door.

Stores are in business to provide a product(s) or service(s) that they can charge customers for, thus making a profit. When a large number of a group indulges themselves of getting “five finger discounts,” it is very bad for everyone. Case in point, here in Portland there used to be a Fred Meyer Store (now Kroger owned) it had food, pharmacy, and clothing. The name of the store was Walnut Park, and it was located right smack dab in the middle of where the majority of African American citizens lived (Now due to gentrification, that concentration is much less.) Fred… Read more »

Great comments and all true. The same goes for all the carts people steal to take home or to the bus stop. It cost us, the customers plenty.
The profit margin in stores is slim as it is. I once was in Walmart and saw a man sitting in an aisle changing out expensive picture frames for cheaper ones with the cheaper price tag on the glass.I marched right in to the manager and told him.

Glenn47 . . . .Thank you, and bravo for bringing up another one of my pet peeves . . . the theft of grocery baskarts! In early 2017 our local Fred Meyer store took delivery of 125 new small grocery baskarts, in about October I asked the Manager why there were so few small karts. His reply was that out of the 125 that they took possession at the first of the year–there were only 17 left. All the other’s had left the premises, and were gone for good. Grocery stores pay a huge amount for each and every one… Read more »

You are welcome Auntie. 20 years ago or so, the store told us the carts were over $165 each. Quite an investment rolling down our streets. Sometimes you see one person with 4 or more.

Glenn47 … .I would say the price for a grocery baskart is right in line. We have a real problem with transients and “their” carts” in my neighborhood’ last summer there were 17 of these carts parked next to a business up two blocks on the main business street. They were parked all in a line like a long train. Two days later they were all gone. Frankly, I don’t know what the answer to either the theft of grocery karts is, the local FM Manager said within a year, they will be installing a new kind of cart with… Read more » 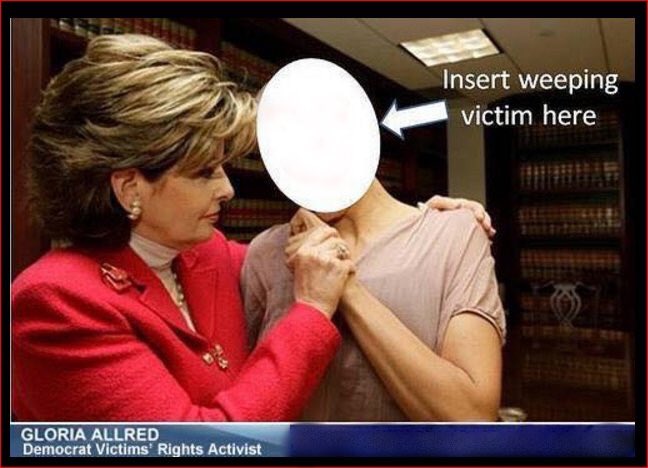 Firstly, thieves are of all races and genders, and no store wants to lose money due to theft. If this lady feels offended by the beauty products being locked up and being escorted to the counter etc, don’t go to Walmart stupid.We have several beauty supply stores in my neighborhood, which is majority black. Most, if not all of the products are on shelves and are not locked up. Simply put, go to another store and shut up. Or, if you are so concerned with discrimination,open up your own beauty supply store.

Yes, but if you think for one moment that Whites, Asians, Indians, or Hispanics steal even a fraction of what blacks do, then you are delusional…

Lavelle . . . . Bravo to you! That was the very best comeback to this situation. I have been in several beauty supply stores that cater to the African American clientele, and I must admit–their merchandise was not locked up. I love the sentence you wrote . . . . “Or, if you are so concerned with discrimination, open up your own beauty supply store.” That is short and sweet and just about says it all!

Several months ago, the CVS in my neighborhood started putting electric toothbrushes and teeth whiteners in a locked cabinet. That’s obviously discriminatory against me and all who care about dental health. /sarc

Dr Eowyn . . . . You certainly do have a point there. I much say, at my local Fred Meyer store, they also have the electric toothbrushes in small locked cages . . . . who would have thought that electric toothbrushes were at the top of the most wanted list by those who practice “five finger discounts?” I guess it’s good that these folks have such an affinity for keeping their teeth clean, and promoting gum health.

I am going to sue Walmart. They have locked up all the shotguns and ammo. Damn you Sam Walton, damn you to hell for discriminating against me, a middle aged, white male.

Hey, when they go for the “Dixie Peach” and blue rubber bands I’m calling’ the EEO.

I believe if walmart truly meant to make a racist statement, they would place all their mop heads and dyes under lock and key. Wearing dyed mops tied in their head seems to be their favorite beauty secret that really stand out to me.

“Allred did not specify the damages that Grundy is seeking, but the lawsuit demands that the practice be stopped immediately.”
Of course,that’ll allow more theft,that loss will have to be covered somewhere,so the prices will go up markedly for those particular items,and you can ALL thank Essie Grundy for that!

truck . . . . You just hit the bulls eye! I guess they think the rest of us have too much cash to handle–we can just make up for shrinkage by paying more for what we purchase!

Gloria Allred is, in the words of then-Candidate Donald Trump, “a very nasty lady,” and I urge all who read my reply here to go on You Tube and listen to what Liz Crokin has to say about her. Forget about Gloria Steinem (actually, no, but…) Seriously: All who have read my responses here on FOTM should be familiar with what I have said about demonic activity. I seriously believe that Allred is demonically possessed, in the Traditional Catholic sense of the term. And, like Oprah Winfrey (who said that “all these old white people just need to die!”) she… Read more »

I worked at a pharmacy when I was younger. They didn’t lock the hair care products up, but that was one of the items that were frequently stolen. Top of the list of most of the stolen items were actually OTC pain medications. If Walmart had them locked up, it was because they were being STOLEN on a frequent basis. I worked for Walmart once as well (hellish experience- read the ultimate in hilarity Joe Peacock’s “Mentally Incontinent” chapter entitled “The Walmart Story”), and they tell you in their training video how to STEAL FROM THE STORE. It’s easy. You… Read more »

RaJ, you are delusional and not in touch with the real world if you really believe that they don’t. %13 of the population, as blacks are, i don’t think so.

Lavelle . . . . You are absolutely correct here. There are among particularly our young people, white, black, Hispanic, you name it, those who have adopted “the five finger” discount as a way of life. They just do not understand the harm it does to others.

Auntie Lulu, Sometimes you gotta change the situation yourself instead of waiting on and blaming other people for all of your problems and inconveniences. You are always so right on with your comments. Keep on keeping on.

Lavelle . . . . God Bless you, thank you for the wonderful compliment. I must say that I too regard your additions to these discussions as very choice and beneficial to all the FOTM family.

These products are locked up because they are products that are commonly stolen. Believe me they don’t want the further expense of locking up products but until people stop stealing there will be items that will be locked up. Maybe she should be bitching to her people about stealing instead of blaming Walmart for protecting their inventory in order to keep prices low for everyone.

I am glad, that, apparently, Walmart is not going to cave on this matter
And I have another story, along the same lines,..
In a biig city, back east, I forget which one,,A light skinned ‘ho’ with a blond weave, who was on the city council, introduce a bill that would ban stores owners from putting up those bulletproof glass safety barriors that the have, as a safety measure to keep from getting shpt,.. Because,..such safety barriors are,..’offensive’ to her constituants,, since they only have then in ,..’certain’,.. neighborhoods…
Gee,..I wonder what kuiind of neighborhood that that might,..