The Left don’t even bother to wear their masks anymore.
Last weekend, pro-lifers held rallies before some 200 Planned Parenthood abortion mills across America.
At a Planned Parenthood in St. Paul, Minnesota, three pro-aborts demonstrated in support of killing innocent little human beings. Real witches who belong to a local coven, the ghoulish pro-aborts were in full witch’s garb, complete with black pointy hats.

This weekend, there were pro-life #ProtestPP rallies scheduled at more than a quarter, over 200, of Planned Parenthoods across our nation. And the violence and hatred that our team saw at multiple locations was not only frightening but it was a clear warning sign to you and me.
In Portland, where our Northwest Coordinator (Katie) spoke, the abortion supporters were already at the Planned Parenthood by the time the pro-lifers arrived for their rally. They immediately started yelling obscenities, swinging long hard plastic jump-ropes around hitting the pro-lifers, pushing and shoving those who gathered, and had signs that said “abort everyone,” “p*ssy bites back,” “your kids an a**hole,” “thank God for abortions,” etc.
In Washington, D.C. where our Capitol Area Coordinator (Lori) spoke, police had to shove abortion supporters back as they blocked the streets the pro-lifers had gotten a permit to march down during their prayer walk. The police ended up escorting the pro-lifers all the way to their destination to protect them.
In St. Paul, where I spoke, there were witches that came out to support Planned Parenthood and only spoke to us to tell us the name of their coven. When streaming coverage of the event live on Facebook, we began to ask the abortion supporters about why they were there. One woman with a “keep your laws off of my body” sign tried to grab and steal my camera phone. How about, keep your hands off my phone!
Over the past few years, we’ve been lucky. We would hold rallies and protests and only a few abortion supporters would come out to heckle us.
But something has changed in our nation.
The other side knows that they are losing. We’ve pushed the pro-abortion lobby into a corner. They are desperate and now they feel like they have to push back harder than ever before…and they don’t fight fair.
And they don’t care about freedom of speech or who has a permit to rally or not. They don’t care that there are children present. They don’t care if someone on our side gets hurt.
This is important because we can’t let the radicals who advocate for taxpayer-funded abortions in all nine months drive the media narrative. Every time they rally, we need to be there in stark comparison, with smiling, youthful faces. We need to show our nation’s media and those politicians in Washington who pay attention to the media that this generation really is pro-life and we are expecting them to hold up to their promises.
When our team crashed the so-called “Women’s March” last month, I got a first-hand glimpse of what our nation would look like without faith. The people who had gathered in D.C. were angry, sad, and desperate. You see, the Left has said that believing in God is anti-intellectual, it’s passé, yet they have replaced their beliefs in sinners, fallen men and women like you and me. So when their candidate lost the presidential election this November, they lost all hope.
But the Pro-Life Generation is different. Even in the years when we knew President Obama and Congress were going to do everything possible to fund the abortion industry and push back against any life-saving legislation, when we gathered at the March for Life, there was still a sense of joy and hope…because we placed it in something else, someone else.
And this is what makes the other side so dangerous, they have lost their hope, and they have nothing left to lose.

These woman need to wake up
https://objectivejournal.wordpress.com/2017/02/14/hypocrisy-of-swedens-first-feminist-iran-supporters/

Shows you how demonic abortion truly is…

Yup, by example even: 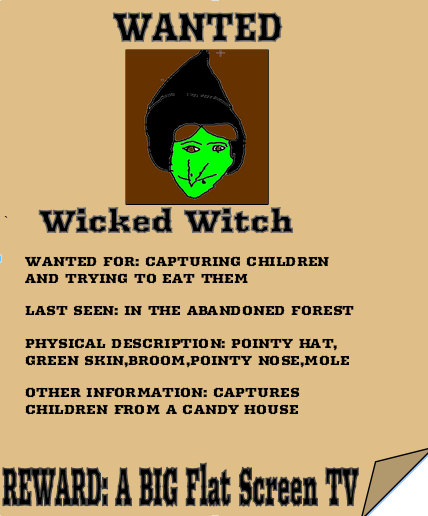 Your little icon shows how deluded you are. The cross of Christ surrounded by the world’s most demonic, occultic symbol–the hexagram. 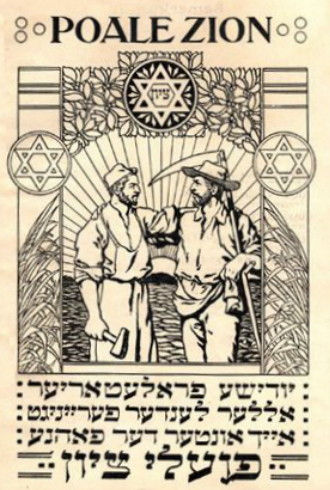 Noticed such violent reactions to anti-immigration protests my wife and I were involved in years ago in eastern Los Angeles county. stopped attending as we are frail seniors.

This article is spot on. The side of life is filled with hope because it places its hope in God and the triumph of good over evil. The other side is on the losing side, not only in this world but, more importantly, in the next. Rumours have abounded about Hillary Clinton being a member of a coven. Larry Nicholls, former hit-man for the Clintons, has affirmed this as fact. She was Planned Parenthood’s greatest champion, and she lost the election. No wonder the pro-aborts and satan worshippers are freaking out. I pray for their conversion every day. They have… Read more »

No wonder, the witch in Hansel and Gretel likes to eat children…

These girls probably look better with their mask than in real life. The nerve of Pro-Lifers denying them their needed sacrifices! I wonder how many of these abortion demonstrators have actually experienced the after-trauma of a real abortion?

Thank you for this article and your work in defending the innocent. Thanks also to the brave anti abortion protestors who stood their ground against femi-nazis, satanists, and other assorted deluded maniacs. Keep up the good work all. Fighting to end abortion is RIGHT, it is pro Women, and it is CHRISTIAN! God bless America!

Makes me wonder what the witches receive from Planned Parenthood. Something to go along with that eye of newt in the cauldron?

looks like the wicked witch of the east’s family reunion…

Hey, Hillary made it!

No surprise to see inherent evil supporting that which is obscenely evil.

These new protesters, the ones who practice witchcraft, are naturally drawn to being pro-abortion for at least one logical reason. Since their religion worships the evil Queen of Heaven, that same deity is manifested in the likeness of women who practice witchcraft. To them, being pro-abortion exalts women to an embodiment of divinity. Thus they worship themselves, but moreso, worship the leader of their group (coven).

“If men could get pregnant, abortion would be a sacrament.” —Gloria Steinem. Not all witches wear the black outfit and the pointy hats. And Gloria Steinem is just one of the witches. I would dare opine that Meryl Streep very well may be another. But there is cause for hope: People are having second thoughts about abortion, and eight states—West Virginia and North Dakota among them—are down to ONE abattoir. That’s still one too many, but it is progress. In the meantime, we have to remember the factual truth of the matter: It is contraception that increases the demand for… Read more »

Here is a thought on this and why Witch’s perse’ in costume Abortion Doctor Writes Powerful Response to Anti-Abortion Witch Hunt by Congress UPDATE X 2 You can look that up yourself along with….the so called ‘New Witch Hunt’… It is almost like a ‘Pun’ to me but it’s really not. Just another ‘angle’….don’t be deceived at what the true intention is. This is paraded as a ‘Woman’s Right’, ‘Woman Care’, etc…. The underlying and real promoters of this have made this ‘Popular to some Women and Men both’….the true intentions however at the root are about profits, money. Very… Read more »

Pro-Lifers should be carrying signs that say,”If you don’t want a baby-KEEP YOUR LEGS CROSSED,STUPID!!”

Well at least, contrary to the past where the pro-aborts tried to look like the “average US citizen,” and act like the “average American” agreed with them, they are finally showing up in their “casual clothes,” ie, their coven “get ups” and even Madonna’s black uterus atop the head…. Am I alone, or does anyone else out there think that these radicals are supporting a cult of death—and worse yet…and so grisley—a cult of infant death by sacrifice?

Since Abortion is a Satanic sacrifice, the uniform fits since witches are Satan worshipers, whether these silly women know this or not

Intelwars2 – February 15, 2017 – (We welcome Donald J. Trump as the 45th President Of The United States Of America!) *Breaking News Headlines!* The Constitution – The Bill of Rights – And The Ten Commandments Are NOW UNDER RESTORATION! 24 Hour Eme

Those witches’ costumes are as bad as the Burka!! What’s the difference?

Thanks David for feedback &the laugh, aye ‘Muslim Witches’i like that:-) In fact i think the actual religion is pagan in any case, or has its origins there, so it would fit.Hope you are finding this place not too bad to get around. i’d only started it up as a place to put favourite articles & vids etc.. for later perusal, and wasn’t aware of it being public until another blogger was in touch with me& re-blogs some of the stuff.So i don’t mind if folk finding some of the stuff interesting or that they can re-blog or leads them… Read more »

You are not the only one who has noticed. You will find it quite similar as a matter of fact, do the homework.
Here is a link as well to black stones per se’ I started studying this in view of Roman history and how the black stone came there…quite eye opening.
It’s ties with Babylon area and time to today’s age.
https://www.bible.ca/islam/islam-meteorite-worship.htm

Many Thanks Shappens,please excuse my delay in replying, (i’d set this place going just to put articles,videos,blog-reports/articles that i’d viewed and found interesting for later perusal-a kind of store-room -and wasn’t until another blogger contacted me & re-bloggs some of the stuff he finds here,that i was aware it was public. I don’t mind though, if folk find anything interesting or wish to make copies for their own work/research or to re-blog-just as long as the original sources are cited which i make sure to mention. So far, i’ve not put anything on myself-except maybe for the odd comment. Hopefully… Read more »

Ps Aye, i’ve heard about that ‘black stone’before. Something to do with Cube worship. if i find the you-tube video, i’ll post it on the general site.As i recall i found the subject very interesting (but alas disturbing too) i don’t know if you’ve received my first reply, as i can’t find a sent items folder, but i made a copy of your post and my reply, so i’ll re-send it just in case.

Reblogged this on By the Blood of the Lamb.

Seriously, it takes some kind of evil to support vivisection of babies in utero, hitler level evil. May YHWH and Yahshua have mercy on all who repent and are broken hearted.