It is said that a mark of character is how you treat people you don’t have to be nice to, such as underlings and people of lower status.
How you treat non-human creatures is also a mark of character. Recall that psychopathic serial killers typically begin by torturing and killing small, defenseless animals before they graduate to slaughtering human beings.
If you love dogs, and if you believe that we should treat people, including service people, with courtesy and respect, pay attention!

K-9s are military working dogs (MWD). As of 2011, 600 U.S. Military dogs were actively participating in the conflicts in Iraq and Afghanistan. After their training, the dogs are paired with a soldier — a K-9 handler — for at least a year, and sometimes much longer.
These military dogs risk their lives for America; some are heroes. There are numerous memorials dedicated to war dogs, including March Field Air Museum in Riverside, California; the Infantry School at Fort Benning, Georgia; at the Naval Facility, Guam, with replicas at the University of Tennessee College of Veterinary Medicine in Knoxville; the Alfred M. Gray Marine Corps Research Center in Quantico, Virginia; and the Alabama War Dogs Memorial at the USS Alabama Battleship Memorial Park in Mobile, Alabama. (See “Military working dogs to be honored with national monument“)

Staff Sgt. Eric Bonner, of the 39th Security Forces Squadron, is a military working dog handler. His K-9 is Suli.
On July 28, 2016, Sgt. Bonner described on his Facebook page an encounter with Hillary Clinton:

I’m not Voting for Clinton.
It has nothing to do with her views. It really doesn’t even matter about all the laws she broke.
It’s because she actually talked to me once. Almost a sentence. But first, some background.
Being a K9 handler in the Military I got to do a few details involving Distinguished Visitors. Mostly Generals, DOD Officials, and Secretaries of Defense. I was lucky enough to pull two awesome details. George W Bush, and Obama.
GW looked at me, said “Man, who’d you piss off” high fived me, and continued on. I was climbing down from a catwalk I stood on for 4 hours with nothing but dust and a radio to keep me company. The radio died early on. It was pretty sweet.
Obama, as he was walking out to his plane in Turkey, said “What the hell kind of dog is that?!” In reference to Suli.
One of my last details was for Hillary when she was Secretary of State. She was in Turkey for whatever reason. I helped with sweeps of her DV [Distinguished Visitors] Quarters and staff vehicles. Her words to me? “Get that fucking dog away from me.” Then she turns to her Security Detail and berates them up and down about why that animal was in her quarters. For the next 20 minutes while I sit there waiting to be released she lays into her detail, slamming the door in their faces when she’s done. The Detail lead walks over apologizes and releases me. I apologize to him for getting him in trouble. His words “Happens every day, Brother”
Hillary doesn’t care about anyone but Hillary.

Strange Morning……
I went to bed last night thinking things calmed down. I was at 5600ish shares when my head hit the pillow. I woke up at 6 am with about 8200 shares, which was far less a pace considering I slept 6 hours. Just looked, 11K Shares. More on that in a few…..
My Facebook message inbox was full of messages of praise and support. Regular people thanking me for my service. People offering a lot of beer, and a few good meals. There were also fellow handlers past and present telling similar stories to mine. I did receive one negative message calling me a liar and asking why I’d make a story like that up. To those strangers that offered up messages of support I want you to know I really appreciate it.
I jumped in the shower a short time later. When I got out I had a message from a good friend asking what happened to my account. He couldn’t Facebook Message me or see anything I had posted…. EVER. I opened Facebook to find my account had been suspended. Why? My name.
About a year ago, out of an abundance of caution due to what I did for a living, I changed how my name was displayed on Facebook. While no specific threats were made, there were plenty of general threats that I had a hard time ignoring. I would be devastated if harm came to my family or friends because of my chosen profession.
Facebook suspended my account until my name could be verified. The timing of it was interesting. They wanted me to provide government ID. Which ultimately I did not end up providing. End Result? As you can see my profile is back up and running. However, I feel like this won’t be the end of this type of “Contact.”
Finally, I’d like to speak to my motivations two nights ago. I posted that Hillary encounter while watching her speech at the DNC. I was typing as she spoke. I was simply telling a story I have told a hundred times. Never did I think I would reach this level of popularity. Let me reiterate from earlier posts…. I do not support any candidate for President. I can’t envision any candidate doing the job at the level that the American people deserve. I’m still waiting for a Candidate to earn my vote. This regrettably may not happen in 2016.

Bonner also stated he was harassed by Hillary supporters for his Facebook posts.
According to the left-leaning Snopes.com, “Although the truth of Eric Bonner’s account can only be independently verified by Hillary Clinton herself (or her security detail from the time), an Air Force public affairs piece published on 31 August 2009 does document that [military dogs] Bonner and Suli were on duty in Turkey in 2009″:

Staff Sgt. Eric Bonner, a 39th Security Forces Squadron military working dog handler, comforts Suli, his 9-year-old German shepherd partner, prior to Suli’s prophylactic gastropexy, also referred to as stomach tacking, to prevent gastric torsion, or twisting of the stomach Thursday, Aug. 27, 2009 at the Veterinary Clinic, Incirlik Air Base, Turkey. The surgery was completed after a recommendation by the Army, the service in charge of medical care for the military working dog program, for all dogs in the program to receive the surgery. Stomach twisting is caused by gastric dilatation and volvulus, commonly known as bloat, the second leading killer of dogs after cancer.

The records of the Office of the Historian for the United States Department of State confirm that on March 7, 2009, then-Secretary of State Hillary Clinton indeed made a trip to Turkey to meet with that country’s foreign minister.

Hillary Clinton loses it: screams ‘Why aren’t I 50 points ahead?!’

Sgt. Bonner’s account is consistent with what Secret Service agents have said about Hillary. See:

St Francis was entirely correct when he said that those who abuse animals –the only true innocents in the Creation– are first abusers and in time killers of humans. Here we see it in action, and it gets worse: her invective was directed at an innocent being whose life is dedicated to keeping her and others from harm.
Now, imagine how much greater is her loathing of we majority citizens whom she calls ‘deplorables’ and you have her psychopathic hubris in full display!

He should have sigged Suli on Hillary and saved America and the entire Middle East from destruction.
Deplorable and proud of it, and if she manages to get elected I intend to become even more deplorable. 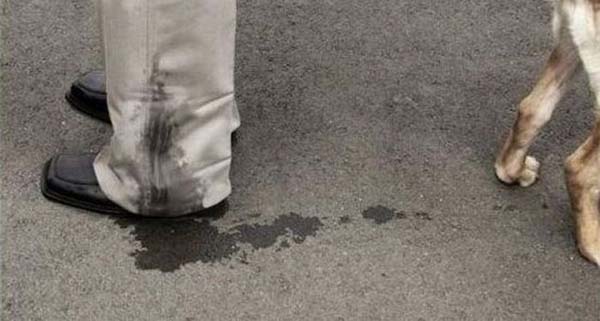 “Beauty!!” as we Hosers say up North.
In Broom Hilda’s case, it couldn’t happen to a better choice: SMART dog, that one is!!

What amazes me is even after clear evidence to this woman’s evil, she still manages to hang on to her supporters.

I guess I’m in denial. NOBODY’s that stupid. I keep trying to understand just how it is that they actually chose to “run” someone as unlikable and unelectable as her. I don’t have an explanation other than Soros wants her. You can search all day and not find a redeeming quality in her. Then she chooses a running mate who has the charm of a rattlesnake. She is staring several, serious corruption and felony crimes in the face. Does it matter? Apparently not, the “media” just keep hyping her. The whole thing needs a saltwater enema. They need to go… Read more »

Take a good look at the Democrat Party-She’s ALL THEY HAVE. I kept thinking,”Is THIS the best they can do? Is THIS all they have to offer up?” Well,yeah,apparently she’s the “best of their best”. And SHE has the BALLS to call US Deplorables???

She has “leverage” on them…

That’s because perhaps the Hillary supporters are evil too! Tell me a person’s political party and I will tell you about the person. Leeann

How interesting. Here is another independent account of what happens when you cross Hillary:
https://youtu.be/7AHFP8LpjQU
They’re ALL on her side.

Some day soon, Hillary will be in another place, yelling at anyone to “get that dog,” CERBERUS, the f*** away from her!

As John Lennon sang in another context: “Let it be, let it be!” 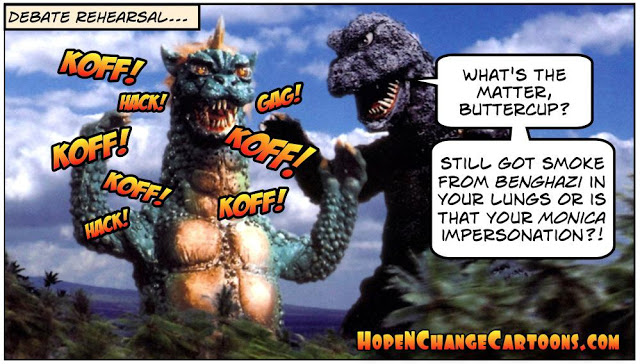 I’m thankful, for the dog’s sake that Hillary didn’t bite him. The poor dog would have died from her rabies! For the most part, I love animals more than humans! Leeann

Let’s never forget muslims hate dogs and cats and will torture and kill them if given the chance.

This is a moot point as far as Killary is concerned, but, I’ve never trusted anyone who didn’t love dogs and cats, anyway. At best they are just allergic or phobic. Boo hoo. But, at mediocre or worst—they are just cold-assed creatures who can’t be trusted with the lives of others….espcially lives that could be DEPENDENT upon them for their very day-to-day survival……and that means, my friends….even human beings, ulitmately.

Keep that F__king dog out of the white house!