Why Democrats hate the flag: Seeing even a small American flag can make you vote Republican

This why “Progressives”, including “woke” corporations like the NFL, are allergic to the American flag and the national anthem.

A study found that just seeing even a small American flag one time shifted both Democrats and Republicans toward the Republican end of the ideological spectrum in beliefs, attitudes, as well as voting intentions and behavior.

The study, “A Single Exposure to the American Flag Shifts Support Toward Republicanism up to 8 Months Later,” by Travis J. Carter (University of Chicago), Melissa J. Ferguson (Cornell University) and Ran R. Hassin (Hebrew University) was published in Psychological Science on July 8, 2011.

Here is the Abstract:

We report that a brief exposure to the American flag led to a shift toward Republican beliefs, attitudes, and voting behavior among both Republican and Democratic participants, despite their overwhelming belief that exposure to the flag would not influence their behavior. In Experiment 1, which was conducted online during the 2008 U.S. presidential election, a single exposure to an American flag resulted in a significant increase in participants’ Republican voting intentions, voting behavior, political beliefs, and implicit and explicit attitudes, with some effects lasting 8 months after the exposure to the prime. In Experiment 2, we replicated the findings more than a year into the current Democratic presidential term. These results constitute the first evidence that nonconscious priming effects from exposure to a national flag can bias the citizenry toward one political party and can have considerable durability.

Ed Yong of Discover magazine has more details on the study.

Now you know why the Left — Democrats, Progressives, woke capitalists, the media — are allergic and downright hostile to the American flag, national anthem, statues of the Founding Fathers, and patriotism in general.

I love our flag. There is one business here in Portland that flys a huge American flag. They are located quite close to where I live, so I see it often . . . I feel the most profound feeling of pride when I see it. I remember my father would often get tears in his eyes when he would see the American flag. I just wish that young people felt the same way about our flag that I do. Far too many of them hate this country, and they hate our flag. It truly breaks my heart.

Here’s to my neighbor that flies a tiny American flag. More power to him! 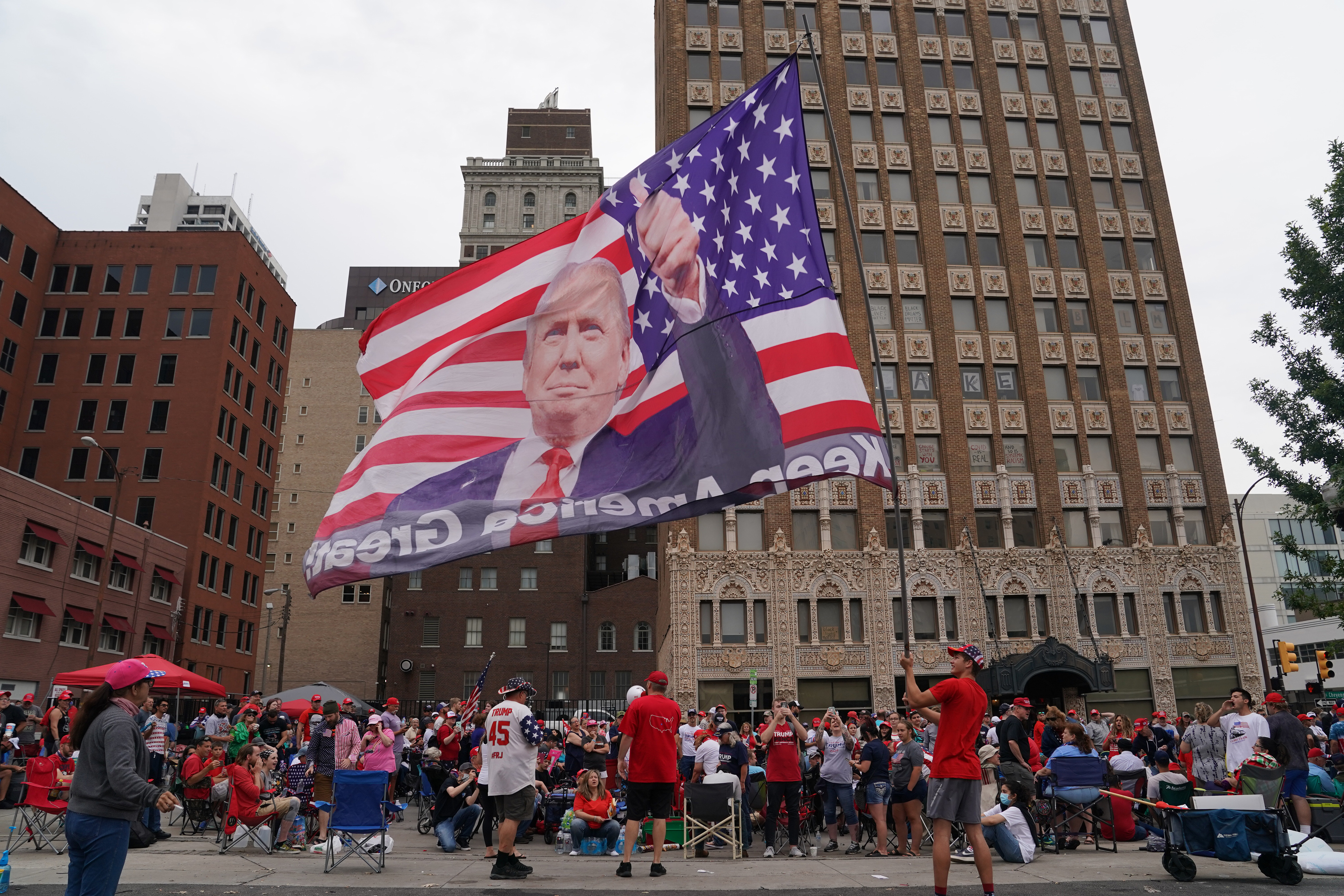 You’re a grand old flag
You’re a high-flying flag
And forever in peace may you wave
You’re the emblem of
The land I love
The home of the free and the brave
Every heart beats true
Under red, white and blue
Where there’s never a boast or brag
But should old acquaintance be forgot
Keep your eye on the grand old flag…
-George M. Cohan

I think they were already thinking that way, but afraid to say so for fear of peer pressure. In an anonymous forum, I believe they are more likely to tell the truth. Liberalism is like a bad drug that, once you’re addicted to it, is almost impossible to kick..

But if there EVER was a reason to kick it,The Demo-Socialists’ recent (mis)behavior would,in deed,be it.

I’m old enough to remember when democrats were Americans too, and they also loved our flag. But dedication to evil has overtaken every better instinct they ever had.

We have a good-sized front porch here in So Cal. We keep our flags flying day and night: The US Stars and Stripes, a Trump flag, a Marine flag….and Ben Franklin’s broken snake “don’t tread on me” flag (of which our Hispanic neighbor inquired, “Is that the Vietnamese flag?). We expect to be fire-bombed by Dems or Antifa or George Soros’ lackies or some such trash. We’ve discussed maybe taking them down b/c of that….but decided NO. If “they” can burn the flag and call it “freedom of speech” according to the Supreme Court…then I can fly it and any… Read more »

The American Flag: A Christian Symbol Back in 1986-87, I was living in Ellensburg, Washington. I was attending a small Pentecostal church called Bethel Gospel Church. Some friends at the church invited me to a church conference in Seattle, so I went along. We were staying at some friends’ place in the Seattle area when there was a knock on the door. This older lady walked in and she talked with our friends for a little. Then she turned to me and said that the Lord told her to come and give something to me. I was pleasantly surprised to… Read more »