Dilbert cartoonist Scott Adams, who’s a trained hypnotist and observer of facial nuances, calls it an “unusual level of variability” in her physical appearance. In his words, Hillary “looks like an entirely different person every few days.”

Close-up images of her face show that she’s morphed again, back to yellow teeth and a face crisscrossed with wrinkles. What happened to the porcelain-doll Hillary with dazzling-white teeth of the July 2016 Democratic National Convention?

But this time, at St. Anselm College in Manchester, New Hampshire, there’s something even stranger.

Yesterday, Matt Drudge tweeted two close-up images of Hillary at the NH rally, which show something embedded under the skin of her right cheek. Here’s the tweet:

Below are the two images again, enlarged. I painted yellow arrows pointing to the lumps:

According to plastic surgeons, Botox injections don’t cause lumps under the skin. Dr. Richard Baxter explains that “Botox relaxes muscles that are hyperactive and so wrinkles caused by those muscles are smoothed,” but don’t lead to lumps. Dr. Janet Turkle says that although “Botox injections can result in temporary bumps due to the injection,” the bumps last “only a few minutes”.

According to the American Academy of Facial Esthetics, however, “some of the risks of facial injections are lumps (granulomas/nodules) which are a potential risks [sic] associated with Radiesse, Sculptra, Juvederm, and ArteColl.”

Let’s face it, she’s an ugly old crone who has evil within her. With her in the White House, we’ll again have a true sexual pervert in the East Wing, and that Sexual Pervert happens to be coddled and covered by Hillary Clinton over and over again. She doesn’t give a damn about women, she went to his defense and even blamed all of us for his philandering and raping. It was NOT right wing conspiracy Hillary, it was your husband because you are a full-fledged lesbian.

She is a reptilian and she is molting.

I’m going with a filler injections. She probably needed some plumping… 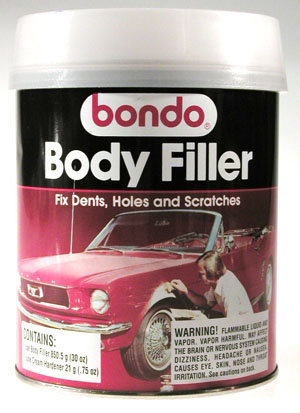 Say there, young feller, have ya got any more of that spiritual hole filler, but in the Giant Family size? Her’s are God-aweful big, so we’re gonna need a LOT of that Bondo AND eleventy yards of that Miracle Mesh ya might have left from LBJ’s days. Boy oh boy, did he ever stretch reality inside out or what, eh? Pact with the Devil, they say, same as hers. But they always fall for the Lie, always, ’cause they believe nothing will stick to them, they are above the Laws. As Broom Hilda told my friend Dr Tom OBrien, ‘We… Read more »

You are correct, every few days we see a different person, down to the teeth. Lame Cherry swears she has a body double with all the changes.
If you watch her walk, she has a stiff legs apart gait. Sometimes.
As for the new lumps. With her who knows. From facial reconstruction to injections to removal of something to addressing wrinkles. Or as grandma used to say, it is meanness coming out.

Good grief! Better to have the wrinkles, than big bumps in her face. It is fascinating that her teeth could change so drastically. Perhaps there was a prosthetic covering for her teeth, so that they would look great? It is crazy making to see that they have reverted to the same ‘ol same ol teeth she had before. I wish her 15 minutes of fame would be forever gone . . . I am tired of looking at the sad, old crone.

Don’t reptiles look different when they shed their skins…?

Excellent response, Doc! And accurate in SO MANY ways, too. lmao!

Much the same, just literally flakier…

Great find! Was this her prom pic or her graduation?

Maybe the Klownish Koughing Kween is a KARMA Chameleon? It would be great if she grew a pair of HORNS!

I’m wondering if it has to do with a tooth problem. If you go horizontally from base of nose towards ear, could be swelling from rear upper tooth. But then I’m not a dentist – what the hell do I know? 🙂

[…] via What’s that strange lump embedded in Hillary Clinton’s face? — Fellowship of the Minds […]

ya think it’s one of her demons poking out…yeesh

I like the high cheekbone body double myself. Shapeshifting make-up is a Hollywood art form. I think one of them might be Dustin Hoffman.

Aw c’mon you guys and gals, give Broom Hilda a break here: she’s so excited about becoming the Queen of Chaos and has taken her lumps for it so often they are now rising to meet her Peter Principle. As in Lawrence Peter, NOT the other guy, ’cause there’s no play in that one for such as She is! https://www.nytimes.com/1990/01/15/obituaries/laurence-j-peter-is-dead-at-70-his-principle-satirized-business.html

Off topic: Dakota looks good and looks like you got some good money for the vet bill, yeah!

YES! Dr Laurie & family lost us as a ‘nagging concern,’ as I assured her that the rest will be forthcoming ASAP. Even if there is a shortfall –which I doubt over longer time– I told her I’ll continue payments. Did you see Himself after grooming at LONG last, when I posted an Update w/photo? I think he’s just as handsome in 1″ buzzcut as his wonderfully outrageous full-blown double-furred appearance used for show dogs [he was one, once, likely didn’t help his skittishness!], so I had Himself ‘done’ for Winter. God & Heaven bless you and all the FotMs… Read more »

She definitely has a body double (see Drudge Reports) and look at the video from her daughters apartment on 911- no SS agents or body guards at all just a “doorman”. Her body double weighs less and is a lot younger and she uses a “mouth piece” to mimic Hillary’s voice but that doesn’t explain this “lump”

Walt, to my way of thinking nothing can ‘explain’ the lumpkin known as Broom Hilda except it be as Evil Incarnate, which is supported by her telling my friend Tom OBrien, then their financial advisor, ‘We are the gubbmint.’ That is exactly how Evil sees itself: the Ruler of this world, and to Hell [literally] with any other, as they have no need of it. So it goes, and here we are, and as we used to say in Vietnam, ‘There it is.’

That’s it, I can’t take it anymore…I confess! It was me, she smarted off one time too many. I grabbed the broom she rode in on and smacked her with it. You can tell by looking at it that it matches a broom stick…………….. 🙂

OMG I LOVE ALL THESE COMMENTS! MAKES ME LAUGH-I’M COMING HERE EVERY DAY!

You’re all going to hell!

Why? For reporting the truth?
Methinks you’re speaking for yourself for, as usual, you leftists are projecting.