What those Muslims were chanting at Washington National Cathedral

On Nov. 14, 2014, the Washington National Cathedral in D.C. — an Episcopal Christian church that calls itself “the spiritual home for the nation” — hosted a Muslim prayer service that was by invitation only.
I’ve posted about how the Muslim prayer service to “Allah” — a moon god whom Arabs had worshiped before Mohammad founded Islam — violated the First Commandment.
I’ve explained that the cathedral’s hosting a Muslim prayer service is an invitation to Muslims to claim the cathedral as theirs because according to Islam, physical possession of an area by Muslims is regarded as spiritual possession by Islam, especially when Muslims pray there.
But the National Cathedral chose to ignore all of that, in the interest of promoting “religious freedom” and “interfaith dialogue” and against “Islamophobia.”
I’ve also posted about a brave woman, Christine Weick, who alone spoke up for Christ amidst that blasphemous prayer service in which Muslim prayer rugs replaced the Cross. Pointing to the cross, Weick proclaimed: “Jesus Christ died on that cross. He is the reason we are to worship only Him. Jesus Christ is our Lord and Savior. We have…allowed you your mosques in this country. Why don’t you worship in your mosques and leave our churches alone? We are a country founded on Christian principles.”
She was escorted quickly out of the church by security guards.

But are you curious about the prayer service itself? What prayers did the Muslims say?
I searched the Internet but found only two sources that actually reported what those Muslims said, prayed, and chanted at the National Cathedral, neither of which is mainstream U.S. media.

From CBN News:
1. A Muslim man sang from the podium, “allahu akbar, allahu akbar,” a phrase which can be translated to mean “allah is greatest” or “allah is greater.”
2. Rizwan Jaka of the Islamic Society of North America (ISNA) called the National Cathedral a house of prayer for all people. The ISNA has ties to the radical Muslim Brotherhood, and was named by federal prosecutors in 2007 as an unindicted co-conspirator in the largest terrorism financing trial in U.S. history.
3. A woman named Inas Shabazz said, “I think that if people read and have a better understanding that they will know that we are a peaceful people. You know… the Koran… Islam… Muslim… it all means peace and love. There’s nothing terroristic about it.”

By the Koran and Islam being all “peace and love,” was Shabazz referring to these quotes from the Koran?

Sura 9:29– “Fight those who believe not in Allah nor the Last Day, nor hold that forbidden which hath been forbidden by Allah and His Messenger, nor acknowledge the religion of Truth, (even if they are) of the People of the Book, until they pay the Jizya with willing submission, and feel themselves subdued.”
Sura 9:5– “Then, when the sacred months have passed, slay the idolaters wherever ye find them, and take them (captive), and besiege them, and prepare for them each ambush. But if they repent and establish worship and pay the poor-due, then leave their way free.”

From Israel Today:
1. Hundreds of Muslims prostrate on their prayer rugs chanted in unison: “There is only one god, he begets not and I bear witness that Muhammad is His only servant and Apostle.”

Just so you know, by “he begets not,” Muslims mean Jesus is not the son of God.

I am so ashamed of the church in which I was raised…to allow this blasphemy. Did you all see the looks on the faces of the women watching the Christian worshipper ejected? Nothing but hatred. The National Cathedral is online. I suggest those who are moved contact them by phone or email and vent your disgust. My mother who passed away 20+ years ago hated the direction the Episcopal church had taken. But she was loyal to the end. There has to be an end to diversity. Carried to an endless acceptance can do NO good for anyone. Mom is… Read more »

Reblogged this on starmonkiesbigpic's Blog.

Cowardly and worthless liberal clergy, willingly and clearly in a spirit of submissiveness, allowing themselves to be the agents of muslim theological imperialism. Perfect little dhimmis these mainline Anglican Protestants are. They have managed to emasculate their brand of Christianity. Have they forgotten Jesus chasing the moneylenders from his Temple with a whip? At least that brave little lady stood up to the defilement and lashed out with her tongue for there must be no doubt in her mind what these muslims have in store for that once beautiful church. They now have a claim to it as history clearly… Read more »

Thank you for that most excellent definition of dhimmitude. We need a new meme for all the mindless sheep out there who are either clueless, cowardly, or both. I suggest “# Check Your Dhimmitude.”

While I agree that the broader ecumenical push is a major part of the agenda of the anti-Christ’s coming one-world religion, I’m not sure it makes a lot of sense to mourn this kind of thing occurring in a place like the “national cathedral” as if it were really some sort of affront to a true Christian landmark…. Whether or not it’s even true that America was founded on “Christian principles” (a concept which I think can be debated on several levels, but that’s neither here nor there), I think a building like the national cathedral can be fairly easily… Read more »

agreed, yet I would simply add that they are “progressing” towards more than what a lot of people are willing to recognize… 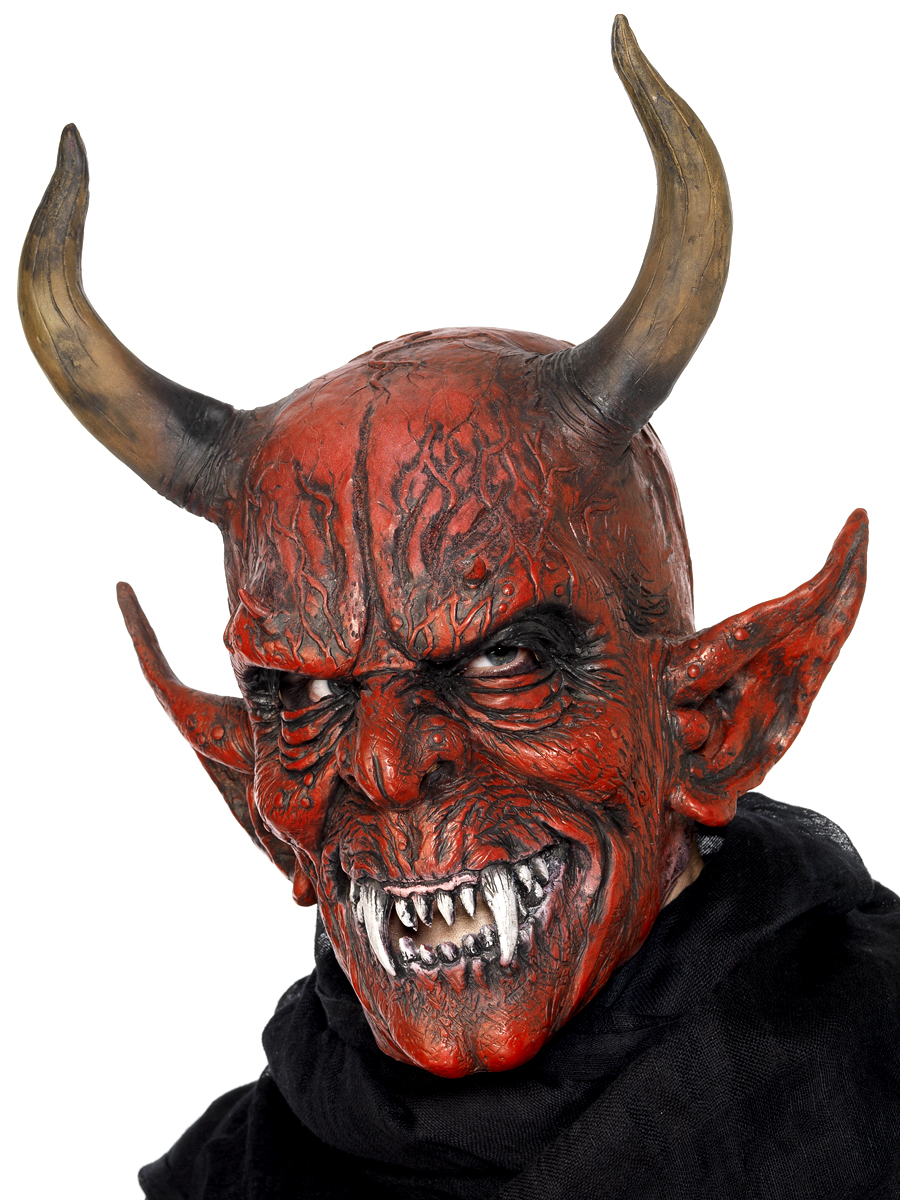 um…. ok? (honestly I can’t tell if you’re just making a joke out the whole idea of Satanism being a real thing, or what….)
It is quite real, I assure you.

I know… Devil likes to lure the morally mushy– what better way than with some corrupting feel-good progressive hogwash?

Here’s the skinny on what happened (plus video at the link):
“Imam Insulted Christians, Jews in National Cathedral,” by Leo Hohmann, WND, 18 Nov 2014
https://mobile.wnd.com/2014/11/imam-insulted-jews-christians-in-national-cathedral/

Dr. Eowyn, thank you for the needed warning given in the post. Every bloody act and enslavement carried out by ISIS follows rules given in the Koran. That includes forcing chaste women, Christians and others, into lives enduring rapes in sexual slavery. Women in harems of days of old did not apply for those positions. These horrors have been going on since at least the 1980s with the murder of millions in Sudan alone. May the work of the staff of FOTM be followed far and wide.

Thank you, marble, for being part of our FOTM family. ♥

What those Muslims were chanting at Washington National Cathedral

What those Muslims were chanting at Washington National Cathedral -

I have a different understanding of history, please look into it and tell me if I am mistaken. The separation from the Roman Catholic church began with Henry VIII, details of which are shameful and cannot in any way be excused as merely following holy scripture, Muslims take note. This was followed by ongoing war, both on the British Isles and with Spain. Expeditions for trade with colonists/adventurers and colonists/religious freedom seekers made the mere idea of seeking papal approval unimaginable, and the short-lived Dutch colony in New York was at least in this regard in alliance with the British.… Read more »

Wonder if the Peace and Love cult would allow the Christians to hold prayer services in their mosques? I doubt that. We are supposed to be smarter than the members of this genetically incestuous cult and yet we bow to them, the Liberals make us all look stupid as a country.

God, forgive them for they know not what they do.
Church is the holiest place on earth. Let us not desecrate it.

It would have been better if you had done proper research before writing this article. Negus of Abyssinia was the first Christian ruler who granted sanctuary to Muslims when they were being persecuted in Makkah. When Christians from the Arab lands of Najran came,Prophet Muhammad allowed them to pray inside the 2nd most Holy Mosque of Islam. The Christians were allowed to pray according to their own faith. A copy of the document by which the Prophet Mohammed gave protection to the monastery Source: romanvirdi.com “This is a message from Muhammad ibn Abdullah, as a covenant to those who adopt… Read more »

Hey, Ahmed. Why don’t you tell this to ISIS/ISIL/IS and other jihadists who are beheading “infidels” and murdering and forcing Christians to convert across the Middle East? I DARE YOU!

Since your IP says you’re in Pakistan, I’m adding the beheading of Wall St. Journal reporter Daniel Pearl to the above list.

You don`t have to dare me, I have already done that and on all instances they have run away or threatened me instead of facing me in a proper debate. 🙂
I would suggest you to read for further clarfication on this topic.
https://operationpakistan.wordpress.com/2014/10/10/letter-to-abu-bakr-al-baghdadi-by-152-leading-islamic-scholars/

“I have already done that”
Well, good for you!

https://lexsolo.wordpress.com/2014/07/26/the-cr-isis/
Read this too, written by me. You are 1000 miles away, believe me it is easy to say it when you know that the enemy can`t hit back.Whereas I live in a place where ISIS is getting stronger with every passing day.
You have to understand, ISIS doesn`t represent Islam,they have been expelled for their hideous and inhumane actions and ideology.

All the leading and mainstream Islamic scholars. For more details read : https://operationpakistan.wordpress.com/2014/10/10/letter-to-abu-bakr-al-baghdadi-by-152-leading-islamic-scholars/

Numbers 14 and 15 in that executive summary crack me up – shall not deny women and children their “rights”, such as their are in Islam…I bet those women who were stoned to death would disagree with that perception of “rights”.

You should read Islamic Political History to understand how Islam became the first political force to restore the rights of women.
https://lexsolo.wordpress.com/2014/11/22/islamic-political-history-part-1/
https://www.iisna.com/articles/pamphlets/womens-rights-in-islam/

If they weren’t expelled from the faith as apostates by the Grand Mufti of Jerusalem, the head Imam at Mecca or the Islamic scholars (Sunni) at the main university in Saudi Arabia, they certainly have more than enough acceptance by a whole lot of other people. Abrogation means much of those examples you cite are historical and not valid today, unfortunately.

Even if they are accepted by rest of the world,that won`t make a difference as their actions are clearly against the Islamic law.
They have no right whatsoever to slaughter humans. According to hadith these people are dogs of hell.

Power flows from the barrel of a gun (as Mao said) and ISIS has a lot of guns and likes to shoot anyone who disagrees with their authority… they can impose what they feel is Islamic and attract many people who like that.

All it takes for ISIS to be successful is for the good people to stay quiet. 🙂

That’s the problem, too many do.

How could Mhd be God’s “only servant and apostle”? Muslims believe in all the prophets that the Jews and Christians believe in. There are only 2 Islamic feasts and one commemorates the worship performed by Prophet Ibrahim.

Muslims are said to believe that all the other prophets were specific to a time and people, but only Muhammad is universal — therefore, Islam will conquer the world — and God’s last prophet.
That being said, if Muslims truly regard Jesus as a prophet of God, why do Muslims persecute and kill Christians?