Andrew Breitbart, the fearless, conservative founder of Breitbart News, was a brilliant shooting-star whose investigations exposed ACORN’s corruption, as well as led to the resignations of then U.S. Agriculture Department official Shirley Sherrod and Congressman Anthony Weiner (D-NY), husband of Hillary Clinton’s close aide Huma Abedin.
It is only recently that the Alternative Media discovered a curious tweet Breitbart had sent in 2011, in which he called John Podesta a “prog[ressive] guru” and a “cover-upperer” for a “world class” child sex slave operation.
John Podesta is a powerful, longtime Democratic Party operative whose political offices include:

A year after his Podesta tweet, walking home from a nearby restaurant shortly after midnight on March 1, 2012, 43-year-old Breitbart collapsed near his home in Brentwood, California. He was taken by ambulance to ER where he was declared dead.
On April 21, 2012, the L.A. Coroners Office released its final autopsy report that Breitbart had died from a heart attack. But Christopher Lasseter, an eye-witness of Breitbart’s collapse, said Breitbart’s face was bright red — a symptom unusual for heart attack victims, whose faces and lips typically turn blue. Bright red skin, however, is symptomatic of cyanide poisoning.
Three days before the release of the final autopsy report, Michael Cormier, a forensics technician/criminalist at the L.A. Coroners Office died suddenly from massive organ failure. Six months later on October 29, 2012, the coroner’s office released its findings on Cormier’s official cause of death as “extremely high amounts of arsenic in his system”. Police detectives and hazardous-materials officers who had searched the one-bedroom home in North Hollywood where Cormier lived with his wife, Sharon, had found no traces of poison or a suicide note.
All coincidences, no doubt.

“extremely high amounts of arsenic in his system” This is a classic case of Arkincide. Those in the know will understand the terminology.

RL: I haven’t heard that term before used to describe certain Vermin but it’s a great one, I have no doubts about the guilt of those it references.

Attention: If you see this man hanging around, it’s bad. 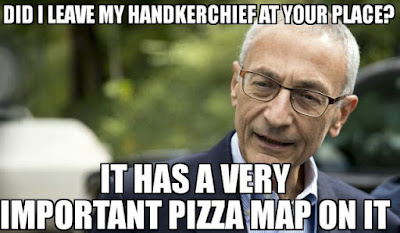 As usual, Andrew was way ahead of everyone else. No doubt they were both killed by Clinton’s and Obama’s hit men. I’m sure that they were also behind the murder of Chris Kyle. Wonder why the Pizza-gate thing hasn’t broken wide open yet? Could it be because half the government and entertainment industry would be arrested?

Waiting to get the facts from CNN.
(sarc.)

Right Kevin, We know that the great truth seeking journalists at CNN will be extra careful in making sure we get the truth, so we should be prepared to wait the extra time it might take them.

Jokes, Kevin, always with the jokes…. NOT!

it is only right, regardless of bad health, (which is outweighed by the death of the coroner) that Podesta et al are suspects in Andrew’s untimely death.

If you are TRULY enraged about the filth on MSM TV programming, where are your voices against the 1.) FOX (Murdoch) new comedy series called “The Mick” that airs PRIME TIME on Tuesdays @ 8:30 PM EST???? The plot is about a 6-year old TRANSGENDER little boy, who in one episode was forced to wear an S & M mouth ball gag as punishment. In another episode he wears his typical dress and says that the “breeze feels great against my vagina”??? I’ve already e-mailed to FOX TV programming rep, but just get back form letter stuff. 2.) The APA… Read more »

“If you are TRULY enraged about the filth on MSM TV programming, where are your voices”
You are being presumptious. You are a new reader with little to no knowledge of what we’ve done on this and other topics.

Let me guess: the coroner’s report was released in PDF format, on whitehouse.gov, and nobody’s seen the original.

Wow! This was already known back then?! Amazing!

And yet Podesta and Soros still walk the earth with impunity.

Exactly, and what does that tell you about our SES: Selective Enforcement System? Here’s one for the record books: in November 1972 I believe it was, a young couple arrived at my rural 40 acres seeking shelter when they arrived in the Slocan Valley, when Real Winter comes on for keeps. I welcomed them to our little group living situation [see Acts] and they soon became positive contributors. Phillip eventually came forward w/an incidence out of his very recent past. He was hitchhiking in Montréal, Quebéc one night and a car pulled over to over him a ride [1970?]. It… Read more »

txfella: The temp. god of this world protects his own for his evil purposes, we war with those in high places, mortals as well as dark spiritual forces of Satan. In the Book of Daniel an example is given to show that the dark side can take control of man’s government. Trump doesn’t seem to be part of this evil, I have never witnessed so many people in all eco. socio. walks of life against a presidential candidate and even carrying on their hatred after the president was sworn in, this is most bizarre and unusual, so just maybe Yahweh… Read more »

I’m trained in psychology. The APA is a joke. Two examples: (1) In the 70s, due to homosexual backlash against the APA (the sodomizers didn’t like being labeled mentally ill), homosexuality was removed from the DSM. Curiously, the published reasoning was somehow NOT political, of course. “No no no, this is Science”, they said! The REAL reason, we were told, was a complete lack of any cause-and-effect explanation for the behavior. Did you catch that? The APA argued “there’s nothing wrong with these people’s brains or bodies, so we won’t call it ‘illness’.” In other words homosexuals are NOT “born… Read more »

Aaaaand once again I have posting problems. Sorry to all. This was in response to the other long poster who mentioned the APA.

It is common knowledge that Brietbart was close to exposing something. I still think his death was very suspicious. A heart attack with a bright red face with a white band around his forehead???? That was the description of the first person on the scene. Will we ever learn the truth, hard to say. I think there are a lot of very scared people out there. Look at all the sudden and mysteriously deaths surrounding the government. I hope one day, we finally hear the real truth, not the manufactured one. As for Podestra, I hope they prove it was… Read more »

unfortunately, many who expose the truth against the occult have had untimely deaths or disappearances…”heart attack” when perfectly healthy or “suicide” by gunshot to the back of the head…nothing is done by man to protect purveyors of truth, but everything is done to protect evil.
“For there is nothing hidden that will not be revealed” Mark 4:22

Is the Trump administration closing in on Pizzagate and John Podesta? – THE SWAMP MONITOR

[…] the way, it is interesting that a year before he died of a “heart attack,” in addition to calling John Podesta a “world class underage sex slave op cover-upper,” the late Andrew Breitbart had also tweeted […]