What a con: Time’s Up charities spent $1.4m on salaries and just $312k helping victims of sexual harassment

Shocker, not. Time’s Up did about as much for sexual harassment victims as Joe Biden did to find a cure for cancer.

From Daily Mail: Time’s Up, the organization set up to fight sexual harassment in the work place in the wake of the #MeToo movement, spent the bulk of its donations of executive salaries and only a fraction on legal costs to help victims in its first year, records show.

Tax filings show that the organization, which was founded by Hollywood celebrities and is made up from the Time’s Up Foundation and Time’s Up Now Inc., raised $3,670,219 in 2018 in its first year of operation.

However, less than 10% was spent on helping those women who have experienced sexual harassment.

The organization brought in Hollywood heavyweights during the early days of its operation with Reese Witherspoon, Amy Schumer and Brie Larson holding positions on its board.

The tax filings detail the mission of Time’s Up Now as being: ‘to promote safe, fair and dignified work for women of all kinds. We work to make sure that women are free from harassment and other forms of discrimination on the job, have equal opportunity for economic security and can achieve the highest positions of power wherever they work.’

But huge amounts were spent on executive salaries instead of legal support.

Lisa Borders was recruited to head Time’s Up but only spent four months at the organization after her 36-year-old son was accused of sexual misconduct. Nevertheless, the CEO managed to pull in $342,308 for her salary.

Scammers like this give a bad name to charities. 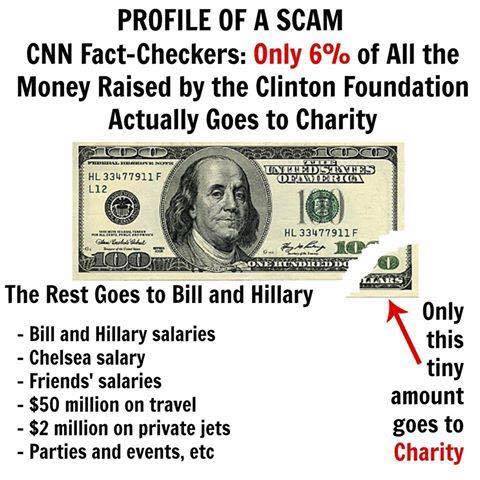 Put idiots in charge; this is the result, whether for business, charity, church, family, community, school or government.

I thought this bit said it all:

Lisa Borders was recruited to head Time’s Up but only spent four months at the organization after her 36-year-old son was accused of sexual misconduct. Nevertheless, the CEO managed to pull in $342,308 for her salary.

So all the victims they were “helping” got abused TWICE? Once that was the reason for “Times Up” to be there,and again by the group that was supposed to be helping them. Wonderful. But if I get this right,it’s CELEBRITIES running the show,and the PAYCHECK is what it’s all about for them,everyone else be damned.

I learned a lot about non profit$ after we all were online, the hard way. Especially those headquartered in DC. For instance the Humane Society is just a big business. (I donate to the local one) Red Cross is another. When you see them drive up late to hurricanes in Land Rovers you somehow know…

Doin’ good is a good paycheck, yo!