Washington Post op/ed: Black votes should count 167% more than yours

“One man, one vote” has been a bedrock of democracy.
In an op/ed in the Washington Post, Theodore R. Johnson, who describes himself as “a career naval officer, former White House fellow and doctoral candidate in law and policy at Northeastern University,” proposes a non-monetary reparation for slavery in the form of giving more weight to black votes.

Here’s my response to Theodore Johnson:

Martin Luther King was right. It is the content of a person’s character that matters, not the color of their skin…. For Your Consideration “The Baltimore Sun” is definitely not known as a Conservative newspaper, so this very well written assessment of the situation in USA comes as something of a surprise.. Some great thoughts about other races that have come to the USA and successfully integrated into our society. This will obviously be called racist,and will upset the liberals, but they should really think about the message and this interesting point of view. The Black Dilemma “For almost 150… Read more »

The only way their votes should count for more is if they were put on a scale at the voting booth.

I would challenge any black to prove he is worse off now, than if his ancestors had not been sold into slavery. I would also ask them to prove that any white person alive today has held any of them into slavery. Then I would challenge them to read up on the history of who owned slaves and first sold them. Muslims and other blacks first held them while one of the worse slave owners in America was a black man. What about them? They need to pick up the book, The Unveiling of Timbuctoo.” Then what about the volunteer… Read more »

Here’s to you, Theodore Johnson… 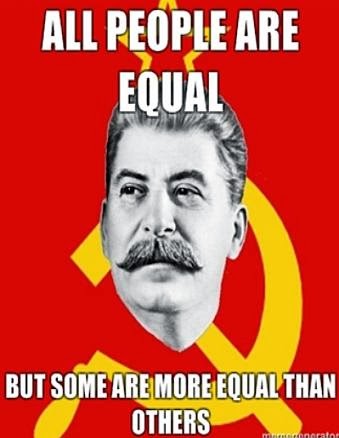 Interesting article. Good comments. Great quotes, especially from Booker T. Washington. Isn’t it amazing that Mr. Washington knew back in the late 1800’s and the early 1900’s that there would always be those Blacks who intentionally improvished Blacks for their own personal gain and noteriety. As usual, when discussing slavery and how mistreated the Black’s have been in this country, there are two things that never ever get said: 1) Slavery is not unique to the Black American population. Every people group in the history of the world — yes even the Jews — has at one time been in… Read more »

MA in MO . . . your words are eloquent, and I could not agree more! God Bless you.

truckjunkie
Reply to  MA in MO

“Median household wealth today is $141,900 for whites and only $11,000 for blacks.”
THAT explains a LOT! Now I know why I’m having such a hard time paying my bills every Month-I’M BLACK!! So where’s my Obamaphone?I want everything we Blacks believe you crackers OWE US! NOW!!!
(sarc)

Dr Eowyn . . . this is an article that is not only profound, but flabbergasting. It never ceases to amaze me that peoples who have been on the receiving end over decades still do not think they have received enough for an injustice which was not done to them personally. How many of them would actually choose to change lives with various peoples who now reside in Africa? I think not–even our poor live better than many who would be considered wealthy in their African countries. To have this kind of foment inside the country is just as bad… Read more »

The comments here have stated the African American problem perfectly. The ones who are hanging on to this extremely negative cultural mind-set are their own worst enemy – whites aren’t the enemy. But, we have to understand that they are raised with this thinking since birth and it’s extremely difficult for them to break free of it, and if they want to, their family and friends rip them to shreds for even trying to. I don’t condone it or say whites have to pay for their ancestors life, but they’re entrenched with the total victim consciousness and feel complete injustice… Read more »

Imagine a white writer making such a proposition. Would the article be published, or would the proposal be called racist, with the writer being publicly shamed, fired, and kicked out of any organization to which he belonged?

You know it would be raaaaaaaacist!

It begs the question, too, of how they will go about determining who qualifies as a person whose vote ought to could 167%. Who’s “black”? Would Obama qualify, even though (if you accept his claimed ancestry) he’s only half black and descended from a man who never knew slavery in the U.S.? Obama, whose white ancestors were slave holders themselves? Would we finally see that birth certificate?

It begs the question, too, of how they will go about determining…who’s “black”
Exactly my thought. If this becomes real, I propose that all Americans claim to be black.

Oh, but he had that covered! I didn’t read his entire article. Sorry. My eyes began to glaze over, and I was getting too angry, so I didn’t finish it before I commented. When I went back to finish, I saw this: “The most straightforward approach would be to limit access to weighted voting to those American-born citizens who have demonstrated through government documents, such as drivers’ licenses or birth certificates, that they identify, and are identified by others, as black or African American. There are bound to be instances where this approach is challenged, and one answer would be… Read more »

Alas, methinks we shall never see that birth certificate, my friend! 🙂

Thank you Dr. Eowyn for this most excellent post. Black Americans should listen to their famous heroes, Booker T. Washington and Sheriff Clarke, where truth and honesty has been spoken, an act of true love. Dr. Eowyn, the thoughts of these men are so important and I appreciate you including their thoughts to reply to the ridiculous proposal herein.
This is a travesty, to define the black vote to hold more weight in numbers than the votes of other Americans. It is preposterous and utterly unjust. Again, God, please help us!

To my way of thinking, the best way to undo the ‘wrongs’ of slavery would be to just ship all blacks back to Africa,..whether they want to go, or not,.
Ya think,.?.

They tried it before, the Back to Africa movement of Marcus Garvey, which was how the west African country of Liberia was founded. Today, Liberia is just as wretched as other African countries.

Dr. Eowyn, have you ever watched VICE’s YouTube video, “The Cannibal Warlords of Liberia”? It’s an eye opening look at modern day Liberia.
It begins with a rarely heard history lesson about Liberia, and ends with a modern day St. Paul, Joshua Blahyi. Hard to believe that a man with his past could receive the Spirit but I’m fairly convinced that this is the case.
https://encrypted-tbn1.gstatic.com/images?q=tbn:ANd9GcRFoZGhGR9GAF59UFXoy64-r47aJMflESOjAGkibi5eHxpVpFpsng
It’s an hour long video but well worth the watch, imo.
https://m.youtube.com/watch?v=ZRuSS0iiFyo

Do you ever wonder how many of them think,”I wish I’d just kept my damned MOUTH SHUT!!!”

“Community organizers” are working overtime these days, and are now openly calling for widespread violence against Whites. *With zero response from any level of law enforcement.* And we are seeing that violence; police are being executed, cars driving down the road are being shot up; things are deteriorating rapidly. 0bama is not going to step down, and all this fuss about Trump is irrelevant as there will be no elections in 2016. As soon as they get this race war going, Obama will have his excuse to declare a national emergency and all those executive orders will take effect. That’s… Read more »

Screw these people. If you ain’t paying for the upkeep you shouldn’t get to make any decisions on how things are done.
IMO the only people who should be permitted to vote are those who are natural born citizens and who own real property and pay taxes on it. That would get rid of the voting “rights” of 99% of the blacks and mesicans, all idiotic college students, welfare recipients and other national deadbeats who should have no voice…..none at all….in choosing who and how the country is managed.

I haven’t the slightest idea what you mean because you write incoherently.