While this is not…

Why is it ok for non-white girls to imitate a white girls’ look?

And why can’t a girl just mix it up a bit and do whatever she wants with her own hair?

Liberals and their hypersensitive standards…

From Hollywood Reporter: Vogue is back in the hot seat after a pair of Instagram posts displaying Kendall Jenner in an Afro-like hairstyle were accused of cultural appropriation.

“The image is meant to be an update of the romantic Edwardian/Gibson Girl hair which suits the period feel of the Brock Collection, and also the big hair of the ’60s and the early ’70s, that puffed-out, teased-out look of those eras,” the Conde Nast publication said in a statement to E! News on Tuesday. “We apologize if it came across differently than intended, and we certainly did not mean to offend anyone by it.”

The instigating images — promotional photos for the publication’s CFDA/Vogue Fashion Fund — showed Jenner wearing a curly, voluminous hairstyle that many interpreted as being a take on an Afro. In a post on Thursday, Jenner posed with model Imaan Hammam, whose hair was styled straight. In a subsequent post about the Fashion Fund on Saturday Jenner posed alone in the hairstyle.

“FOR YEARS WE have been penalized about our looks and especially our hair, It is a slap in the face when non-Blacks try to imitate our look,” one Instagram user wrote in a comment on the initial photo.

“I like Kendall but why didn’t they use an ethnic model who has hair like that,” another wrote of the initial photo.

American Vogue and a few of its sister publications have come under fire multiple times in the past year for features accused of cultural appropriation or sending a tone-deaf message. A Vogue Italia cover was accused of showing model Gigi Hadid in “blackface” in May, while last year Vogue Arabia sparked controversy for styling Rihanna in Queen Nefertiti-like garments. The same publication was called tone-deaf when it featured Saudi Princess Hayfa bint Abdullah Al Saud in a photo this year showing her behind the wheel of a car: The feature celebrated the lifting of driving restrictions for women in Saudi Arabia, but the princess’ father, the late king, enforced the women-only driving ban.

Earlier this year, American Vogue angered some women’s advocates online when it published a sympathetic story about Harvey Weinstein’s wife, Georgina Chapman, in May. In an editor’s letter, Vogue editor-in-chief Anna Wintour wrote, “blaming her for any of it, as too many have in our gladiatorial digital age, is wrong.”

My my, it must be exhausting to constantly be offended, angry, and butt-hurt. People nowadays are always in search of something to be outraged about, and they choose the most ridiculous things to vent their anger at. I remember a few years ago, when the Twilight movies were big and magazines had pictures of people covered in blood on their covers. I wonder if vampires were offended by that cultural appropriation? I wouldn’t be surprised! This world would be a better place if people would cancel their magazine subscriptions, turn off their television, and stop worrying about what the demented… Read more »

You’ve got THAT right. Oh, the humanity. Someone gets……..OFFENDED? I’m offended every day by living through this contrived bunch of nonsense. The only people who don’t count are YT.

YT should start painting their faces up like minstrels and doing Amos and Andy skits. I really don’t care what they think. Keep it up and I’ll care even less.

Just a little confused. I thought that she is one of those kardshians, and have at least some black blood.

Any how, why should white women want to ‘down grade’.
(if they insist on seeing it as an insult, I feel obliged to return in kind)

Maybe blacks just feel self-conscious, and are defensive about what turf they think they have? Their attitude toward life is generally defensive in nature. It seems blacks struggle with a massive inferiority complex, and struggle mightily to exhibit a “I’m better than you” persona to compensate for that feeling of “lesser than”. It’s a mess, too, because only true acceptance by whites can alleviate that inferiority complex, but wow, check out Africa and the decay and rampant, endemic genocidal tendencies and it becomes apparent that “acceptance” might be impossible at best, and suicidal at worst.

Maybe they need to forget about “being black” and start working on being people. There is nothing in Africa to be proud of. That’s not YP’s fault. I’m more than a little sick of every left-handed, herniated, Hopi Indian whining and screeching about how badly they’ve been treated. Whaaaaa, boo hoo.

If there’s a cure for “racism” its in not emphasizing race. Teaching people to believe they belong to a race, and not the human race, is damaging and a psychological ploy. 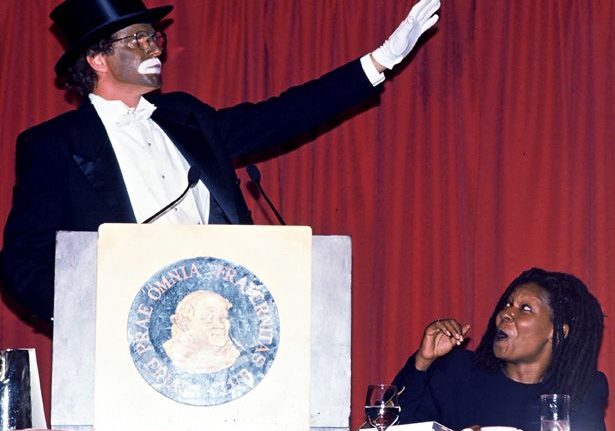 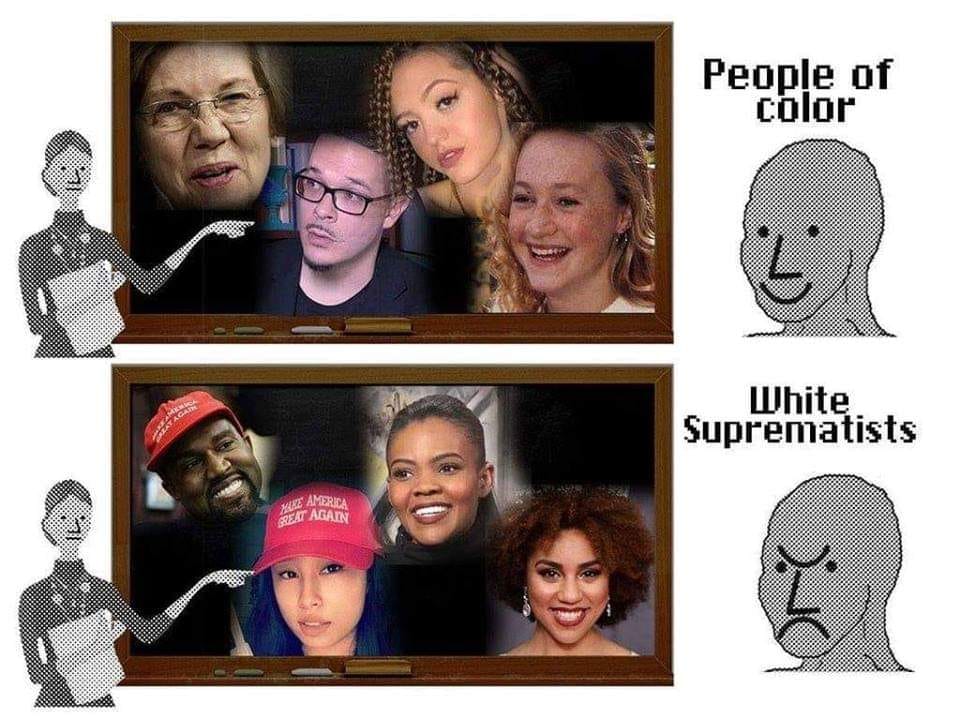 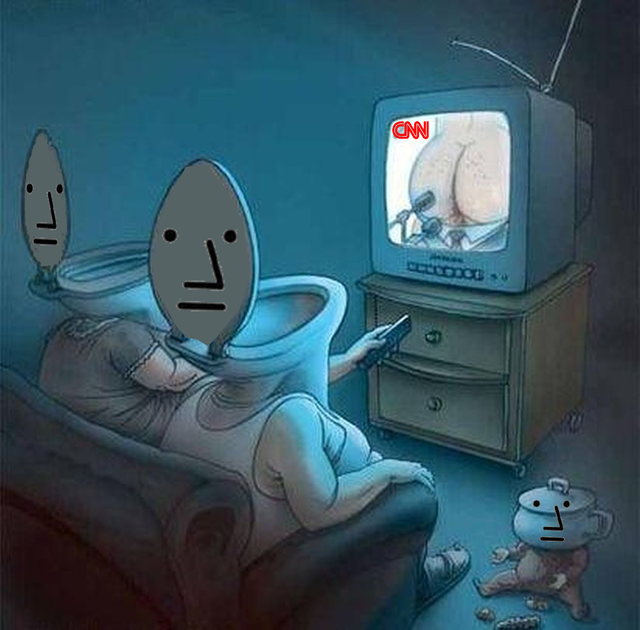 What “suggesting kids go out in black face for Halloween” did for Ms. Kelly: https://www.npr.org/2018/10/25/660644000/megyn-kelly-out-at-nbc-after-blackface-remarks (*There is no truth to that, just conjecture so far) Wow. How about the Millennial Gays’ analyses @1.37? Megyn’s apology? GAH! When Identity Politics is all you have… race (but don’t dare tell them there are multiple races), “gender”, “victim”, sexual deviance, hmmm… nothing about being exceptional or good at something because of one’s own hard work or studies. BTW, has anyone else ever checked Google etc. for the “7 Races of Man”, as I learned of in (public) school long ago? You know, there’s… Read more »

SICK TO DEATH OF THESE PRETENDERS TO THE ‘THRONE” of RACIAL INSULT. I am WHITE….(OMG COME TAKE ME AWAY NOW INTO CHAINS!!!!!) and both of my brothers (my red-headed mother…too) had “BRILLO-PAD hair”…one blonde/brown, one red/brown; I was born with red/brown silky, yet severely curling hair……like my brothers…without the brillo pad texture….. COME AND GET ME…..or as the Marines say….”Come and TAKE it.” WTF? Why are we concerned about a person’s hair-style being “cultural appropriation” when LEGIONS of Hispanics and Blacks and Asians and others males and females alike….have “blonded” their hair….or other colors? YOU ONLY HAVE TO GO TO… Read more »

Long ago I worked in a (nationally known) company that makes hair dyes and other hair-care products. One of the lower-volume products was a hair-straightener for black people. It contained so much sodium hydroxide that we referred to it as “Afro-Drano”.