US Troops Ordered Not to Fire on Taliban Planting Landmines 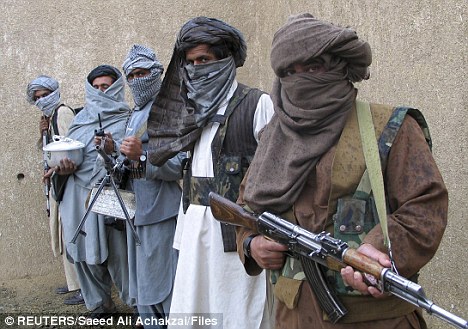 Our soldiers in Afghanistan were ordered not to open fire on Taliban fighters planting mines in case they disturb local people.

The UK’s Daily Mail reports on July 18, 2011, that a former Royal Marine made that claim. U.S. military chiefs ordered troops to exercise “courageous constraint” and even warned them they could be charged with murder if they shot any Taliban without permission from above.

Father-of-one Craig Smith, 36, who quit his job with 40 Commando in January and now works for a Newcastle security firm, documented the “outrageous” orders issued to troops in a diary of his six-month tour of Afghanistan’s Helmand province last May, according to the Sun.

His notebook cites several examples and claims troops were ordered to stand and watch when they spotted a Taliban fighter as the sound of shooting would “wake up and upset the locals”. Mr Smith wrote at the time: “After a few days it becomes apparent that when we positively identify people we cannot open fire!”

He told the newspaper: “In Kajaki I saw Taliban digging in IEDs and was denied the chance to do anything about it for fear of upsetting the locals. Permission to open fire was denied as it would alarm the population.”

A Ministry of Defence spokesman said it had not seen the soldier’s diary but it could be a loose interpretation of courageous restraint. “The whole point of a counter insurgency operation is to protect the civilian population.” He said soldiers had to go through a series of stages before opening fire and were sometimes asked to exercise “courageous restraint” even when shots had been fired. “It is all about winning hearts and minds and using the least force possible,” the spokesman said.

I don’t get it. Why are our troops in Afghanistan? Isn’t it to fight and win a war?

0Shares
0 0 0
This entry was posted in Islam, Military, United States, US Presidents and tagged Afghanistan. Bookmark the permalink.

Ambiguity allows risk-averse rear-echelon bureaucrats to interpret things like they want to do.

Your troops are being sacrificed for greed and the agenda of the OWG. This is all wrong. When the troops are out of country it weakens the home. You should tell the UN to go and #### themselves! God bless you all!

They do understand that those IEDs also kill locals, right? And that isn’t going to be upsetting to them, at all, I’m sure. :-/

A state of permanent war out-of-sight overseas was a basic theme of Orwell’s 1984. The combatants were the expendable “proles.” of course. Doesn’t it seem like Orwell wrote the roadmap the elites are following?