Campus Reform: Three professors at the University of San Francisco (USF) are claiming that if you are white, heterosexual, able-bodied, Christian, or male, you must “check your privilege,” as part of a campus-wide social marketing campaign that began last week.
“If you can expect time off from work to celebrate your religious holidays, you have Christian Privilege,” according to the new campaign, which defines privilege as “unearned access to social power based on membership in a dominant social group.”
Ja’Nina Walker, a psychology professor at USF and a member of the “Check Your Privilege” campaign team, first came up with the idea when she realized the challenges of talking about people’s inherent privilege. According the San Francisco Foghorn, USF’s student newspaper, Walker believes the campaign will challenge students and faculty to recognize the structural inequalities around them.
“We just hope that people use this as an opportunity to think critically about the world around them and challenge themselves to really consider the implications of structural inequalities and how they, as an individual, can help mitigate the negative effects of social inequalities,” said Walker.

Walker, along with assistant professors Scott Murray and Sonja Poole—have distributed shirts and fliers around campus, each exhibiting privilege-checking criteria. Organizers say they originally planned to continue the campaign for two weeks, but now hope to schedule a discussion forum in the spring semester to continue the dialogue.
“In order to effectively advocate for others, one needs to have an awareness of self and the biases and positions within the society in which we live,” said Poole. “Privilege is a touchy subject and it is often unrecognized by those who have the most. It is important to identify and confront issues that affect marginalized people so that we can reduce social and economic injustice and increase societal well-being.”
The campaign has gone viral since organizers started planning it six months ago, and other colleges and universities across the country have requested the use of the material on their campuses, as well.
“I never expected this campaign to reach the audience that it has,” Walker told the San Francisco Foghorn. “Although there have been some negative responses, I would say 99% of the responses are positive and people are enjoying the campaign and what it stands for.”
“Becoming aware of privilege should not be a viewed as a burden or a source of guilt, but rather an opportunity to learn and be responsible so that we may work toward a more just and inclusive world,” one flier says.
Students contributors also aided the team in launching the campaign. SFU did not respond to Campus Reform in time for publishing.

White Christian males are “privileged”? Guess they missed the memo on these cases of “privilege”:

If you have to take time out to pray to Allah 5 times a day then you have Muslim privilege!

This is what happens when you allow the massive immigration of so many contrary cultures, and tolerances for once cultural and religious immorality. Divergent cultures do not come to assimilate. They are looking to propagate and overtake. Giving up their old and unacceptable ways to strengthen the whole is not in their purpose. The immoral are just finding strength in their numbers. Even though they represent such a small percentage of the general population, they put great effort and expense into worming there way into positions of authority to push their perversions into the front. Who was that fool who… Read more »

Kevin, It’s not immigration that’s the problem; it’s the ideology. America had always have immigrants. But there is a big difference between the pre-1970s and post-1970s immigrants. The former were expected to assimilate and many did. The latter are encouraged NOT to assimilate by the Left’s toxic ideology of multiculturalism that has become a dogma in the mass media and in academe. Exponents of multiculturalism maintain that all cultures are equal, and that the United States must accept its destiny as a universal nation, a world nation, in which no one culture – especially European culture – will be dominant.… Read more »

We warned people of ‘singularities’ on business and government forms, bank loans, school applications, as a tool for control…BINGO!

Greg, please explain what “singularities” in this context means. 🙂

Dr. E., I hope this is satisfactory…I realize my thought path is not necessarily considered mainstream: “Duality of our cages established; singularity leads to uniformity, uniformity leads to conformity, conformity leads to control, and control leads to tyranny. Singularity of purpose, thought, reason, being is The Gate by which we enter our cages, willingly, on our own or placed in by others. If our desire is to be recognized, treated, as a human being in our entirety we should never select religious belief, disability, age, ethnicity-race, economic status, education level, sexuality or other singularities for others to lord over us… Read more »

Thank you!
If you would allow me to restate what you wrote in different words:
“Singularity” refers to human beings reducing their multifaceted complexity into one single attribute, with which they define themselves and according to which they live their lives. As examples, too many “gays” define their total being by their homosexuality, blacks by their race, women by their gender, etc., and demand their corresponding “rights”. All of which lead to their surrendering of their (complex) humanity to the absolute power of the state.

Verbose, I Am 🙂 Excellent economy of language Dr. E!

Reblogged this on A Conservative Christian Man and commented:
Asshats. WE are the majority, WE built this nation. Fuck these haters/faux victims.

Good to see you back commenting on FOTM, Paul.
You are named after a great and holy man. St. Paul is my 2nd most favorite saint!
https://fellowshipoftheminds.com/2012/07/01/the-saint-whom-christ-struck-blind/

Peace and love of Christ to you, Paul.

What does “the Doctor of Common Sense have to say about this? Take a look, it will cheer you up. This guy tells it like it is!!
https://youtu.be/aubXU5yYecw

S*** stirrers and race baiters like this should be fired, forfeiting all tenure, oh sorry that would be in a sane world

If you can annoy everyone with stupid rules and things they can’t do but don’t have to follow those rules or keep from doing those things yourself because you did your part advocating for that, then you have liberal privilege:

I think in a country where black males are shot and beaten for no reason, and then the courts quit the criminal responsible suggests a systemic inequality. This does seem to provide certain privilege to non- black males who escape this abuse for no other reason than race!

Robert, can you please provide an example of someone shot or beaten for no reason?

https://hiphopandpolitics.com/2012/04/06/29-black-people-have-been-killed-by-policesecurity-since-jan-2012-16-since-trayvon/
Partner it takes little effort to fond cases of black americans being blatantly abused and murdered in this system! I suggest you investigate this for yourself if you want more evidence!

No worries, with judges like this black males will escape criminal responsibility: https://nypost.com/2014/11/03/judge-blames-society-in-sentencing-shooter-for-only-three-years/

What about white hate crimes against blacks? Are you a cross burning member of the KKK or just a flunkie?

I’m just a flunkie. You figured me out. Must be all that Alinsky training you received. If you want to name call, go play elsewhere. We’ve got the first “black” president and race relations have been set back 20 years or so thanks to the democrats playing the race card. You can cite examples of all kinds of crimes. If you think the system is screwed, maybe one should look at the democrats’ platform and how they want to keep race an issue. Maybe one should look at families, jobs, and marriage – and how those factors figure into kids… Read more » 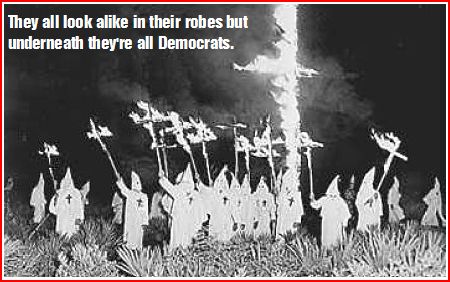 Robert,
Since you have not answered Mike’s question, but instead deflected it by maliciously accusing DCG of being a member of the Klu Klux Klan, I’ll repeat the question:
Please name those blacks who were shot for no reason.

Interesting that the KKK considers itself a Christian Fundamentalist movement! 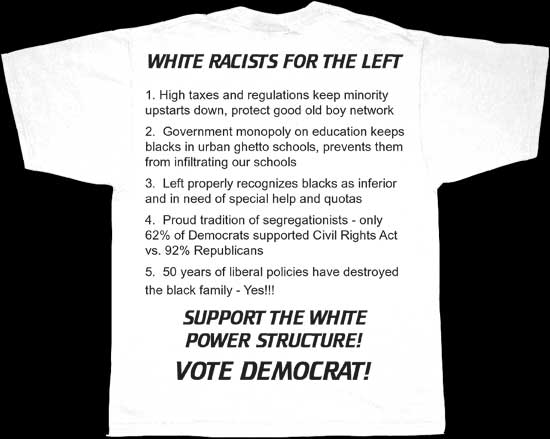 Actually, as I understand it, they’re a freemason movement (And freemasonry is a satanic religion, not a Christian one). Think about it for a second, would any legitimate Christian, light on fire an object associated with Christ? Most Christian folk would find that highly objectionable and decidedly disrespectful. Do a bit of research on the origins of the “klan” and you’ll find that it was started by satanists/occultists, same as freemasonry, it’s parent.

Do you mean to tell me that you cannot provide one example? Not one?

I had to look this one up. Count me clueless: https://en.wikipedia.org/wiki/Cisgender “Cisgender and cissexual (often abbreviated to simply cis) describe related types of gender identity where individuals’ experiences of their own gender match the sex they were assigned at birth. …” What I do like about this definition is that the person writing it recognizes that persons are “assigned” a sex at birth. When something is assigned, then that assumes an Assigner. Note the bias in their checklist, however. One would assume, in the CONTEXT of a modern university, that those of the progressive/liberal persuasion most certainly have a PRIVILEGE… Read more »

It’s almost on cue: https://capitolcityproject.com/political-donations-prove-liberal-bias-dominates-american-culture/
“Political donations prove liberal bias dominates American culture. …”
The article contains charts that show the massive bias towards liberalism, as indicated by political donations of members of the media, ACADEMIA, and the entertainment industry. There is, without doubt, a huge “cultural” privilege associated with being liberal.
Liberals, check your privilege!
We expect to see changes on campuses, in the media, and in the entertainment industry, where conservatives are given equal attention and are equally valued. Diversity now!

Dr. Eowyn: Thank you for cutting to the chase on K2global’s post. I thought my brain was going to explode trying to understand such verbosity about individuality and cages. Liberals are a moral cancer in America. Speaking of cages, that is where liberals and leftists belong, in a cage, attached to an anchor and thrown overboard into the ocean. Leeann

Leeann,
Greg (k2global) is and writes like a poet. 🙂