Rochelle Ritchie, who received a tweet from the wanna-be bomber, got the Media Matters memo and blames Trump for the bomber’s “embolded” actions.

I’m so glad I don’t use the Twitter platform anymore. Just garbage and bias there, day in and day out.

From Hollywood Reporter: Twitter is apologizing for refusing to take down a threatening tweet that pipe bomb suspect Cesar Sayoc sent to a former Democratic congressional press secretary earlier this month.

The tweet that Rochelle Ritchie complained about said “hug your loved ones real close every time you leave home.” She got it after an appearance on Fox News, and complained.

On Friday night, after Sayoc’s arrest for allegedly sending at least 13 mail bombs to prominent Democrats, Twitter issued a statement saying it had made a mistake.

It said it was “deeply sorry,” that the tweet clearly violated its rules and should have been removed.

Twitter? What’s a Twitter? Is it like Fakebook where you update every move and fart like the world cares? Is it what those braindead zombies are staring at every fifteen seconds on their stupid phones as they search for confirmation in the echo chamber.

Couldn’t have said it better myself. Once they get them hooked on affirmation they’ve got ’em for the duration.

Trump = white Americans, whose apathy, when they’re not outright behind all evil, is responsible for allowing the most serious evils in the world to take place. Whites bear collective responsibility for racism, homophobia, exploitation, etc, and we know this is true because it’s our gov’s official narrative as delivered on CNN. President Trump can say whatever he wants at rallies, because the deep state obviously goes unaffected, as these hoaxes and false flags for our own good attest. After the embarrassingly buffoonish toy bomb hoax fizzled you might even expect a ready-to-roll, pre-scripted and previously rehearsed follow-up event serving… Read more »

As usual, the left takes every opportunity to silence and control people. They are losing and they are desperate.

Also, gab.ai is being taken down because of that shooting yesterday. Does anyone know if there was something “jiggy” with that incident?

Gab had hiccups yesterday, but is up & running.

I am on Gab, and I think it’s better than Twitter, but it still does have a 300-character limit.

Gab removed the shooter’s posts, but it wasn’t enough for PayPal.

I already sent PayPal an email asking why they still have a business relationship with Twitter, but it’ll probably fall on deaf ears. The only way I could respond, was to do a quick survey and put my reply in the comments.

Well Mary, they’re saying that they held recent drills there:

For me at least, my default position is disbelief unless proven otherwise.

Lophatt, that’s my default position too. We’ve seen too many of these events to just believe the official story. Sad that it’s that way, but it’s true.

OK, I just read on the Daily Caller, that Gab’s provider (Joyent) is taking them down tomorrow.

Just goes to show that conservatives cannot allow liberal Big Tech to maintain a near-monopoly; conservatives need to match what liberals have done over the past decade or so, only in a lot less time.

Shocker, not. From Mashable: “Andrew Torba, Gab’s founder, would have you believe the site is simply a social network that promotes free speech. The difference between it and Twitter, Facebook, or virtually any other platform you can think of is Gab doesn’t draw a distinction between free speech and hateful speech. I created a dummy account on the site just to see it for myself (not something I’d recommend for the faint of heart or easily offended). The first thing I saw at the top of the “popular posts” feed was an anti-Semitic utterance from Chris Cantwell, a known white… Read more »

My two cents: There’s no such thing as too much free speech. The “cure” for speech we don’t like is MORE speech. There is also such a thing as civility. One cannot have a conversation without respect. Conversations that are absent respect are arguments. Arguments never change anyone’s mind or accomplish anything other than stirring up more anger and hatred. Anyone is free to say anything but that doesn’t mean there won’t be consequences. Just like other things that are “crimes”. You are free to murder someone. There may be a consequence if you do that, however. If you invade… Read more »

Here’s some more. Looks like CNN is now a First Amendment gate keeper:

I’d like to add one more thing. Sites have to be moderated. I know that it looks like censorship to some, but without it bullies simply use tactics to shut people up. I have been on sites like that and it is very obvious when you are “over the target”. They come out of the woodwork with personal insults and bad language.

There also appears to be some differences due to age. It looks to me as though rudeness is considered standard behavior for some. Some of these things seem to be a game of “slap”.

I get the moderation. Yet we all know they aren’t consistent in the application of shutting down hate speech. Their double standards are a joke.

Oh no. I’m not equating the two. It’s just an observation. You said they were sort of out of control on “Gab”. I’m just relating that I’ve been on sites like that and the “freedom” can become “censorship”, just “unofficial”. 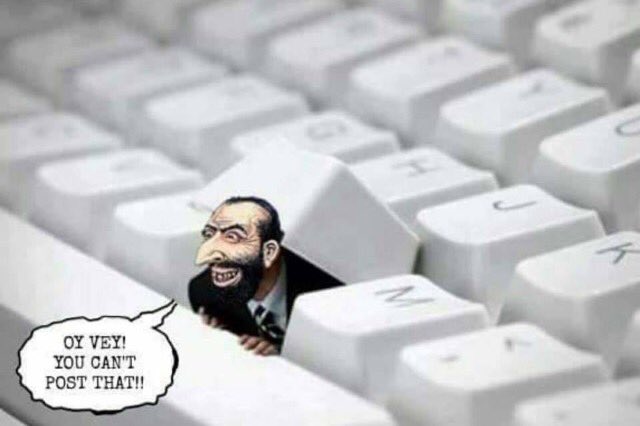 My time is spent in important matters and so valuable to waste it in nonsense.

Besides, FOTM offers the opportunity to freely express my feelings uncensored, and I get to see the diversity of opinions that in the end are the same as mine.

The narrative must be controlled. Carefully. The MSM wil broadcast these fabricated crisis’ to insure the sheeple are ‘informed’ of the evil on the right.
Fior goodness sake. Go to the poles on election day. Cast your vote and Keep Making America Great

Twitter and the other social media platforms aren’t sorry that Gab.Ai got banned, though—despite the fact that they reported Bowers to the police and FBI as soon as they heard the news.

It’s fascism with a twist: Instead of the King banning speech, his corporate lackies do it for him—after all, competition is a sin! And the sanctimonious superciliousness is slitheringly saccharinely and serpentinely sickening!

Will Comrade Dorsey of Twitter be removing all the Antifa, neo-Bolshevik, revolution by any means necessary posts any time soon? (rhetorical)
What is the big plan of the neo-Bolsheviks should they succeed?
Enrich themselves and their cronies while eliminating the deplorables and destroying a functioning representative republic and free market economy forever.

At least we know who our mortal enemies really are. They have taken off their masks, and can no longer hide their malice.

The Twitter NAZIs are much too busy killing the accounts of REAL conservatives to bother with the insane ramblings of a fake one.