As the MSM continue to bait us with one contrived Trump scandal after another, President Trump is quietly and systematically transforming the judiciary.

In November 2017, the New York Times noted that:

Mr. Trump has already appointed eight appellate judges, the most this early in a presidency since Richard M. Nixon, and on Thursday, the Senate Judiciary Committee voted along party lines to send a ninth appellate nominee — Mr. Trump’s deputy White House counsel, Gregory Katsas — to the floor.

Republicans are systematically filling appellate seats they held open during President Barack Obama’s final two years in office with a particularly conservative group of judges with life tenure. Democrats — who in late 2013 abolished the ability of 41 lawmakers to block such nominees with a filibuster, then quickly lost control of the Senate — have scant power to stop them.

The rapidity of President Trump’s judicial appointments is because he had a battle plan ready. To quote the Times again:

In the weeks before Donald J. Trump took office, lawyers joining his administration gathered at a law firm near the Capitol, where Donald F. McGahn II, the soon-to-be White House counsel, filled a white board with a secret battle plan to fill the federal appeals courts with young and deeply conservative judges.

Mr. McGahn, instructed by Mr. Trump to maximize the opportunity to reshape the judiciary, mapped out potential nominees and a strategy, according to two people familiar with the effort: Start by filling vacancies on appeals courts with multiple openings and where Democratic senators up for re-election next year in states won by Mr. Trump — like Indiana, Michigan and Pennsylvania — could be pressured not to block his nominees. And to speed them through confirmation, avoid clogging the Senate with too many nominees for the district courts, where legal philosophy is less crucial.

The Wall Street Journal reports on August 19, 2018, that according to U.S. officials, the military faces a “sweeping turnover” of its upper commanders as President Trump undertakes a series of military promotions to replace outgoing heads of regional combatant commands.

As the Trump Administration seeks to minimize U.S. footprint in conflict zones around the world, the Pentagon has leaned more heavily on the forces that fall under the Special Operations Command. President Trump’s personnel moves, which include commanders for the Middle East and Europe, will mark the administration’s largest imprint on military leadership thus far. The changes will affect top officers overseeing conflicts in the Middle East, U.S. policy to counter Russia, the detention center on Guantanamo Bay, Cuba, as well as stealth operations globally.

The promotions include some that had already taken place and others that are expected in the coming months: 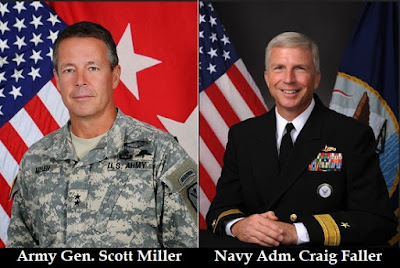 (2) Last Thursday, August 16, Defense Secretary Jim Mattis announced the White House nomination of his own senior military assistant, Navy Adm. Craig Faller, to head U.S. Southern Command, the post responsible for Latin and South America as well as Guantanamo Bay. (Adm. Faller was under a Navy investigation in 2011 for accepting a luxury hotel suite upgrade in Malaysia, according to a 2013 report by the Office of Naval Inspector General. The Navy concluded he was wrong to accept the upgrade but that his actions didn’t require disciplinary action because he used the larger room to accommodate several of his own staffers.)

(4) Marine Lt. Gen. Kenneth McKenzie Jr. is expected to succeed Army Gen. Joseph Votel at U.S. Central Command in Tampa, considered the most prominent within the military, with responsibility for all of the Middle East, including Afghanistan, Iraq and Syria. Gen. Votel is expected to retire next spring. Gen. McKenzie now is director of the Joint Staff, a job often seen as a launching pad for top officers, and has years of experience both in war zones in Iraq and Afghanistan, and inside Washington.

(5) Air Force Gen. Tod Wolters is considered a likely pick to succeed Gen. Curtis Scaparrotti (who is retiring) as the next head of the U.S. European Command and North Atlantic Treaty Organization Supreme Allied Commander, Europe. Gen. Wolters now heads Air Force Europe, Air Force Africa and Allied Air Command, all based in Germany; had served as the operations officer on the Pentagon’s Joint Staff; and has focused in recent years on American military policy toward Russia.

The above expected nominations, like all other combatant or geographic commands, require Senate confirmation. While senators have blocked military promotions, such a move is rare. An individual senator also could at least temporarily hold up confirmation votes once nominations have been formally submitted.

When I look at the list of all the top military commanders who are retiring, I can’t help but think they’ve been holding on through the eight long years of the cursed Obama administration (Obama had decimated the military), delaying their retirements until Donald John Trump was elected President and Commander In Chief. 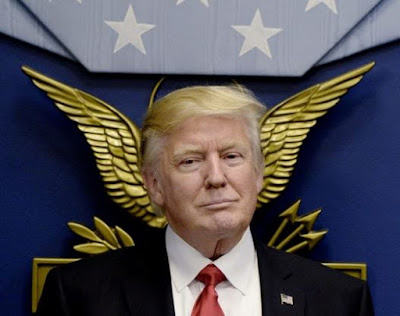 President Trump is undoing the eight years of the Ayatolla Obama’s reign of terror. What he did to our military men is unforgivable.

We also owe two great patriots for helping save our country from a reign of terror by Hillary the Blackheart: Admiral Michael Rogers and General Michael Flynn. I can’t wait for Admiral Rogers to reveal that he has all the evidence to prove what the schemers were doing. And I often wonder if it is General Flynn who is the mysterious “Q”.

Thank God this man got voted into the oval office. I don’t recall any other president who seemed to so completely have the well being of average Americans as such a high priority.

There cheers for DJT!!!

I was going to post this on the article about Mollie Tibbetts, but I don’t see it.

There’s some funky stuff being discovered about the attorney who is representing the alleged killer. Check this out and see what y’all think.

Yep. Everybody goes looking for a tax lawyer in a murder case. Hiawatha actually had nerve enough to complain that people were spending too much time concentrating on the victim instead of the poor “immigrant” moms who were separated from their kids.

I think the moral of THAT story is never take your kids to a crime scene. 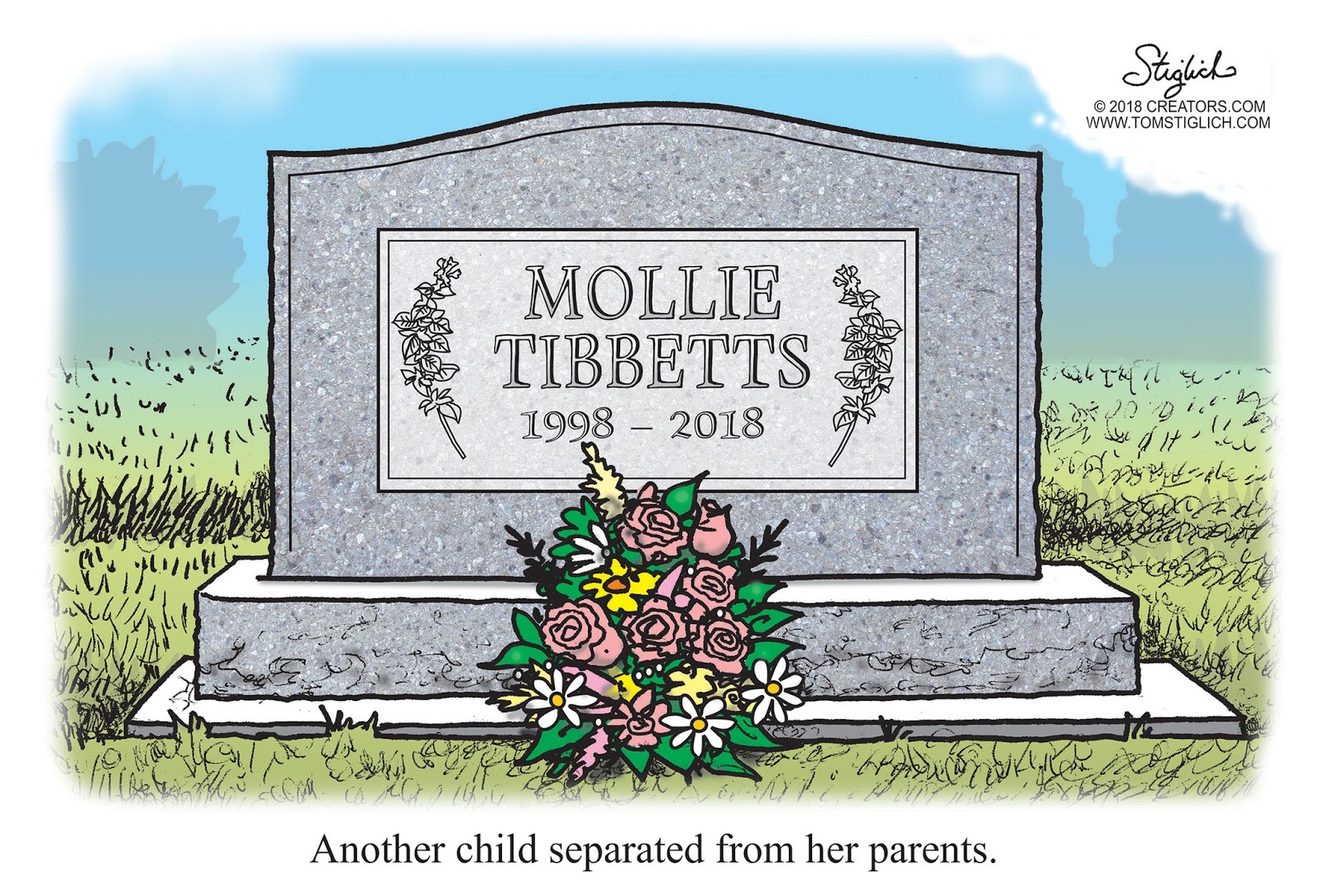 He said he wanted to fix America and this is one of the first places to start the damage the last obongo idiot left it in total ruin and he did it on purpose to what end for his agenda. Keep up the good Work MAGA!!!!!

When Sessions and the rest of the DoJ goes, then I celebrate. This is nice, but in my view if he doesn’t get a handle on the DoJ and the “intelligence” services he’s toast. I’m not being critical, I just think its THAT important. I keep reading that Sessions must stay until the mid-terms, etc., why? There is a queue already with Hildebeast at the helm screaming for prosecutions. Some of you may have noticed that that isn’t the subject of the “news” media’s interest. At this point worrying about what Soros’ “news” thinks of you is a bit redundant.… Read more »

Trump should fire that SOB.

That’s rich…every agency is being “improperly influenced” by the left & RINOs, IMO.

Maybe its time to take the “reality TV show” live! “You’re fired” sounds pretty good to me. Sessions, Rosenstein, in fact the whole upper crust of DoJ should be looking at pink slips. Who does Sessions think he works for? I can tell you it isn’t Trump. Maybe it’s Brock. You know that the minute that Quisling leaves he’ll pull a Cohen and be accusing his former boss of everything known to man. Every minute that weasel is left in his position is another minute that Trump is perceived as weak. Worse, it gives the impression he’s afraid of him.… Read more »

I like this illustration of why we need a super strong military. Consider 2 brothers, one of whom is the athlete, the scolar, the hands one. The other, 1 year younger, is the kid who gets bullied, books knocked from his hands, and the rest of what happens to the need types. The oldest brother was spends the summer training in martial arts and also getting into shape. He is from the beginning a n exceptional martial arts ability, and will get his black belt in record time. Come fall, he is a different person completely. The first time seeing… Read more »