In the first day of the Defense in George Zimmerman’s trial for the second-degree murder of Trayvon Martin, a major blow was dealt against the Prosecution.

Today, however, the lead detective in the Zimmerman-Martin case testified that Trayvon Martin’s father had told him it was NOT his son screaming for help in the 911 call. 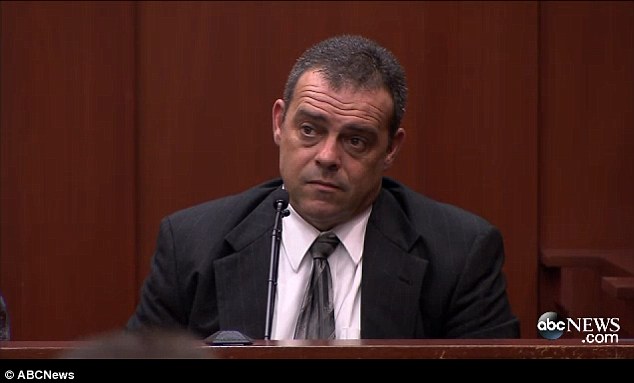 Matt Blake and Rachel Quigley report for the Daily Mail, July 8, 2013, that detective Chris Serino (above) took the stand for the second time in the trial. He was called after seven of Zimmerman’s friends told the court it was the neighborhood watch volunteer, not Martin, who was crying for help in the 911 call.Serino told the court that one or two days after the shooting, he had played the tape of the 911 call to Tracy Martin, Trayvon’s father, and his girlfriend. Serino asked Martin if the voice belonged to Trayvon. “‘He looked away and under his breath as I interpret it, said ‘no’,” Serino recalled. 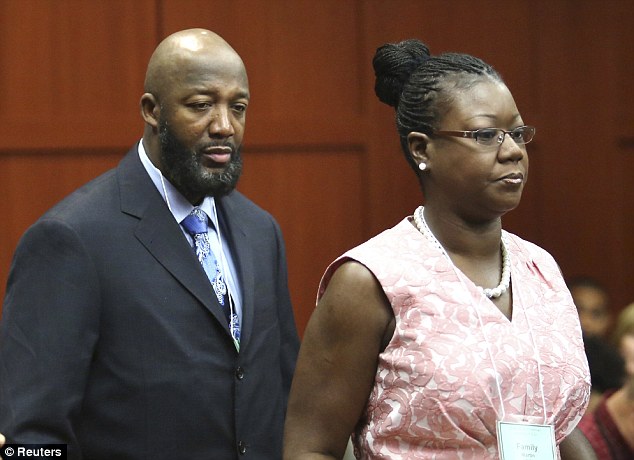 The Sanford, Florida detective’s testimony will further harm the state’s case against Zimmerman.

Seven of Zimmerman’s friends and coworkers also told the court this morning that the screams for help in the 911 tape belonged to Zimmerman.

After the call was played for Sondra Osterman (pic below) in the courtroom, defense attorney Mark O’Mara asked who it was. “Yes, definitely. It’s Georgie. I just hear it. I hear him screaming,” Osterman said. She testified she had first met Zimmerman in 2006 while working with him at a mortgage company. Osterman and her husband, Mark, describe themselves as the best friends of Zimmerman and his wife. 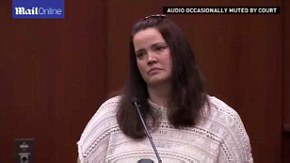 When asked by O’Mara if she detected ill will, spite or hatred in his voice when he said to the 911 dispatcher: “F***ing punks. These a*******. They always get away,” she answered no.

Prosecutors must show that Zimmerman acted with ill will, spite or a depraved mind in order to get a second-degree murder conviction.

Under cross-examination, prosecutor Bernie de la Rionda implied that Sondra Osterman and her husband, Mark, had a stake in the outcome of the trial because they had written a book about Zimmerman’s case and were donating the proceeds to their friend.

“I wouldn’t lie for him or for anybody,” Sondra Osterman said, adding that she was unsure how many copies her husband’s book, Defending our Friend: The Most Hated Man in America, has sold.

Another friend of Zimmerman, John Donnelly (below), also testified that the voice screaming for help in the 911 tape was that of Zimmerman.

He said he thinks of Zimmerman “as a son” and had spent $4,700 — donating to Zimmerman’s defense fund, his personal website, and buying him suits, shirts, and ties for the trial.

Donnelly became quite emotional after listening to the screams. “There’s absolutely no doubt in my mind that is George Zimmerman,” Donnelly told the jury while wiping his eyes. “And I wish to God I did not have the ability to make the determination.” 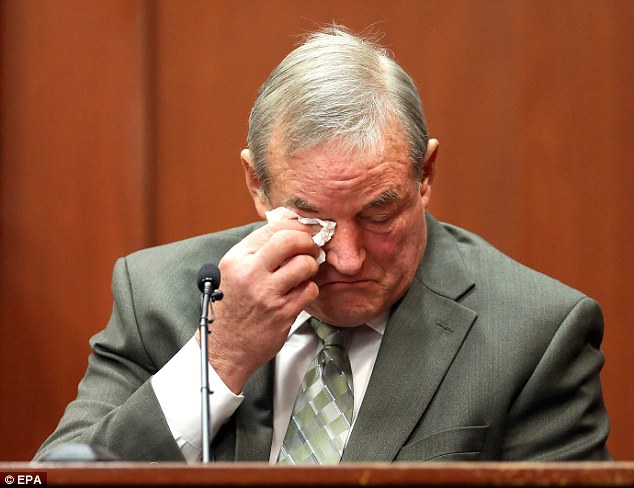 Zimmerman’s best friend, Mark Osterman (pic below), testified about how Zimmerman had chosen and purchased his firearm and revealed that he could shoot with both hands and had recommended keeping the gun loaded. 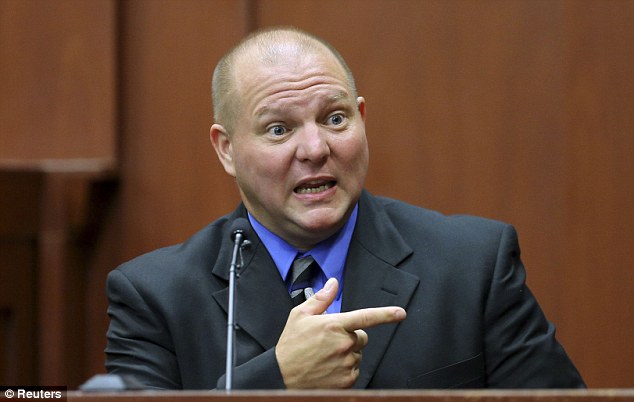 Another friend and former coworker of Zimmerman, Geri Russo, also testified that the yelling heard on the 911 tape is Zimmerman. She told the court, “I recognize his voice, I’ve heard him speak many times. I have no doubt in my mind that’s his voice.”

Yet another former coworker, Leanne Benjamin, also identified Zimmerman as the screaming voice on the 911 call.
“I know his voice,” Benjamin told jurors. “I know what his voice sounds like when he gets excited or loud.”

Today’s testimony supports speculation which emerged over the weekend that Zimmerman will walk free amid claims the prosecution’s case has crumbled. Experts say that lawyers acting on behalf of the State of Miami have failed to show that Zimmerman did not reasonably believe the gunshot was ‘necessary to prevent imminent death or great bodily harm’ to himself.

ABC News’ legal expert Dan Abrams said while parts of Zimmerman’s account lack credibility, the prosecution has not done enough to convince a jury: “‘Now that the prosecution’s case against Zimmerman is in, as a legal matter, it is difficult to see how jurors find proof beyond a reasonable doubt that it wasn’t self defense.”

It is a notion shared by Fox News‘ Jon Lott, former chief economist at the United States Sentencing Commission, who claims the prosecution’s argument is so thin that it should “never have been brought” to court, “but they let politics influence their decision.”

That is also the opinion of former California Alameda County Public Defender Jay Gaskill. See his analysis of the trial here.

At the end of the day the put the Father on the stand, and he choked. He basically said what the detective said that it was not his son.
Wham , bam and good night Irene…

Although it seems to be a damn near slam dunk for the defense of Zimmerman , keep one thing in mind . Never underestimate the ability of a jury to come up with a verdict that makes the average person say to themselves , ” W.T.F. were they thinking ” ? As in O.J., definitely , as in Casey Anthony , it tends to get a little murky . She should have been nailed on something more . j.m.o.

Agreed, juries scare the heck out of me. Never know what they will do. I had jury duty once, it was civil and all’s we had to do was apportion responsibility involving a woman driving a car and a guy driving illegal dirt bike on sidewalk. Clearly she was at fault. We went in I was thinking 70% considering the kid was 1) illeagal 2) on side walk….oh no Momma bears on jury wanted blood for the poor kid. We were done in about a half hour. I mean even the bailiff was coming in to get our dinner order… Read more »

You can bet your nether-regions the atty’s received more $ than the kid who really needed it .