Well, it’s finally happened. Teaching a boy to be a man is now deemed harmful for the boy.

I’m not making this up. This assessment is not the ranting of a rabid libtard feminazi, but the considered opinion of the august organization, the American PsychologicalAssociation (APA).

The U.S. News & World Report said the APA cited traditional masculinity as including elements of “anti-femininity, achievement, eschewal of the appearance of weakness, and adventure, risk and violence.”

Fox News this week quoted an APA press release stating, “The main thrust of the (APA’s) subsequent research is that traditional masculinity – marked by stoicism, competitiveness, dominance and aggression – is, on the whole, harmful.”

The Daily Caller wrote that the APA report held that “traditional masculinity is psychologically harmful and that socializing boys to suppress their emotions causes damage that echoes both inwardly and outwardly.”

Further, the report proposes that “masculine boys may put their energy toward disruptive behaviors such as homophobia, bullying and even sexual harassment rather than strive for academic excellence.”

The report suggests that psychologists relinquish any predisposition when treating boys, and offers tips on how to do that while also advising them to teach them how “power, privilege and sexism work both by conferring benefits to men and by trapping them in narrow roles.”.

Never before has the APA delivered guiding principles to aid psychologists to “specifically address issues with men and boys,” According to a U.S. News & World Report article.

Ronald F. Levant, Ed. D, a professor emeritus of psychology, told Fox, “Though men benefit from patriarchy, they are also impinged upon by patriarchy.”

The APA published statistics to support their research, “including that men are four times more likely than women to die of suicide worldwide, are ‘far more likely’ than women to be arrested and charged with intimate partner violence in the U.S., and commit about 90 percent of all homicides nationwide.”

Stephanie Pappas, writing in an APAP article said that, “[M]en still dominate professionally and politically: As of 2018, 95.2 percent of chief operating officers at Fortune 500 companies were men. According to a 2017 analysis by Fortune, in 16 of the top companies, 80 percent of all high-ranking executives were male. Meanwhile, the 115th Congress, which began in 2017, was 81 percent male,” the Daily Caller reported.

0Shares
0 0
This entry was posted in professors and intellectuals, Psychology. Bookmark the permalink.
Subscribe
21 Comments
Inline Feedbacks
View all comments

That figures. Many homosexuals are now in psychology. They make the rules not according to science, but according to their lifestyles. Homosexuality used to be considered abnormal, now it is accepted behavior. You can no longer trust the psychologists.

Exactly, especially in child psychology where homos are advanced through fellowships and job preferment over normal young men and women. Psychology is also the field in which more than half of the findings in research papers published in their own peer reviewed journals cannot be reproduced. Imagine if in fields like structural engineering more than half the output was politically motivated bullsh*t like psychology. Advanced degrees are awarded on the basis of statistically laughable questionnaires, almost as a rule. Much of what passes for science in psychology is not only irreproducible, but still tainted by thoroughly debunked Freudianism.

Yes, because being a pre-teen shemale, appearing on Good Morning America & having grown men toss dollar bills at you is much more preferable than becoming a NORMAL man. ? The prof emeritus probably doesn’t care that shemales are more likely to off themselves than a straight man.

Psychologists and psychiatrists are a few of the biggest joke fields of study there are.

Jackie, leave room for the lawyers

And more preferable is a 10-year-old drag kid posing with an ADULT NAKED drag queen. This world has gone mad…

And Subway’s Jared went to jail for just like that.

Another program to go along with the Coudenhove-Kalergi Plan to ease the imposition of tyranny on western civilization. Apparently, European men are becoming so greatly limited in a desire to defend basic traditions that they will not speak out against the invasion. What constitutes a threat to national security there applies here as well. We do not want to be led into tyranny by domestic Macron, Merkels, and Timmermanns.

The inmates have been running the psychological asylum for too many years. They’re now outing themselves. What a joke!

The evil, godless, souless never stop, do they. I wonder how much money they paid these quake’s to come out with this brain dead nonsense. Thank about it, first they destroyed the Black families by telling the women don’t need a man in the family. Do everything yourself, then they moved on to the white women, told them to burn their bras (hippie 60’s liberation) and that they could be super moms and career women at the same time and that they didn’t need a man to help them. Then they started on the children and told them that the… Read more »

So MASCULINITY is SO TOXIC;I guess THAT’S why it’s lasted for thousands of years,because it’s SO BAD for the Males. I’m voting for throwing every one of these pinheads into the scrap heap of humanity. Where do you suppose they learned this toxic masculinity BS? Probably at some College that specializes in re-structuring Humanity to compensate,on a GRAND scale,for their inability to throw a ball like a Man. (Obama-YOU are in that group-an honorary member,so to speak. That goes for your husband,too.)

Again, just WHO would want this? WHO do they work for? WHO asked for this? What “problem” are we trying to solve?

Of course the answer is that they are trying to destroy our culture so they can replace it with herd rules. This is as evil as it gets. This is how they do everything. First they get their “experts” to declare some nonsense, then they start reciting it, over and over. Then, after a while they attack anyone who would “dare” to disagree with it.

We need to utterly reject these demons. They are filthy slime. 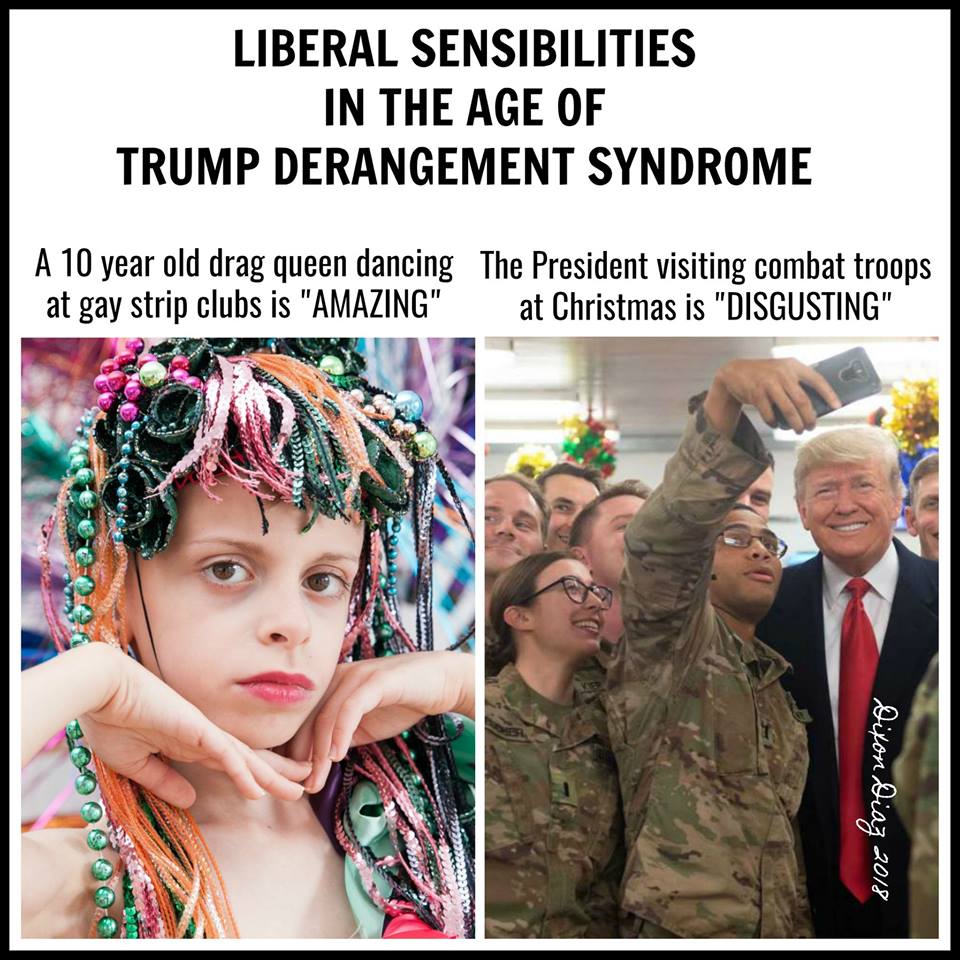 Psychological was a one of the fields Cultural Marxists from the Frankfurt School targeted. Anthropology, Archelogy, Human Biology, & “Climate Science” a real junk/schlock science are some others

Dr. Henry Makow tweeted the other day that some “48 percent” of boys were being raised in single-mother households and that some “78 percent” of teachers were female. Thus, his tweet reasoned, the lack of the male influence was not the problem. (I may have misquoted the percentage rates, but the reasoning of the tweet or re-tweet remains the same). The truth of our situation is clear: It is the LACK of masculinity that is endangering us now. Our cultural milieu is toxic, and not manhood as such. Yet we’ve been living in an insane asylum of fevered madness, and… Read more »

Fortunately, there is no “cure” or “psychological help” for the Hormone Fairy, visits my boy students every year in 7th grade over (approximately) the Dec-Jan winter break. Ask any middle school teacher. The boys go into a “rut” almost equivalent to those Mountain Goats you see running at each other top speed, butting their big, strong curled horns one against the other, just to impress the girls. Of course, there are those who either “lag behind” or whom you know are going to take a different path in life. But, generally, this has been my observation and my behavior bane… Read more »

So, not teaching boys how to properly be men is better? (Don’t we already have a problem with Millennials, etc. there?)

“The French leftist site Mediapart has published an article calling for heterosexuality to be banned.”

“Given that heterosexuality is not a sexual orientation, but a system of domination generating and nourishing sexism, homophobia, transphobia, biphobia and other oppressions such as racism, ableism or classism;…” [Continues]

“Tim Keller is on yet another adventure into the abyss in the name of “redeeming culture.” This time his work is in the realm of Christian counseling. Keller and The Gospel Coalition decided in 2010 to make an interfaith American Psychological Association psychologist the go-to guy on LGBTQ+ issues instead of the Bible and helped give us the Living Out LGBTQ+ Inclusion Audit for churches and the radical Revoice conference promoting “LGBT+ flourishing (Tim Keller’s favorite unbiblical word) in historic (conservative PCA and Southern Baptist etc.) Christian tradition (i.e. in our churches). Redeemer Counseling Research The supposedly orthodox Reformed theological… Read more »

“It is understandable how Cabalist Jews could subvert the faith of their Jewish brethren, but how is such deception on a grand scale possible? Jews who apostatized from the God of Israel and the Torah into pagan worship of strange gods set about to destroy the monotheistic faiths of Torah Judaism, Christianity and even Islam, about which more will be said later. These Cabalists were guided by evil spirits and equipped with supernatural powers, by means of the magical arts they studied, to infiltrate and take control of the Gentile institutions. This modus operandi was described by Edith Starr Miller:… Read more »

Children in France are going to no longer have Mothers or Fathers.

“French schools are set to replace the words ‘mother’ and ‘father’ with ‘Parent 1’ and ‘Parent 2’ following an amendment to a law which passed through French Parliament this week:”