The Left already are homicidal in rage over President Trump.
This surely will make their heads explode.

The Oxford Dictionary defines “invade” as:

By those definitions, the entry of millions of illegal aliens across the US-Mexico border certainly qualifies as an invasion.
Just as it is a criminal act for someone to enter your home without your permission, so it is with national borders.
Just as police arrest a home-invader, so it is the responsibility of a government to arrest those who cross that country’s borders without permission.
Just as police incarcerate home-invaders, so do national governments once they arrest illegal border-crossers.
But when illegal border-crossers come in large numbers, they overwhelm the capacity of local, state and federal prisons:

In 2014, the Obama Administration placed some 7,700 illegal alien children in military bases in Texas, California and Oklahoma. The temporary shelters were shuttered after four months.
Unlike previous administrations, the Trump administration is actually enforcing U.S. immigration laws, which is one of Donald Trump’s campaign promises. What the jackals of the Mainstream Media call “separation of families” is actually the Trump administration enacting a measure that flowed from the  Clinton-era Flores vs. Reno Supreme Court decision allowing unaccompanied illegal border-crossing minors be held “in the least restrictive setting appropriate to the minor’s age and special needs.” The Left excoriate Trump’s enforcement of federal immigration laws a “zero tolerance” immigration policy, as if the U.S. doesn’t have a “zero tolerance” policy when it comes to other crimes, such as homicides.
Currently, there are tens of thousands of law-breakers being held awaiting criminal proceedings for illegally crossing the U.S.-Mexican border. They have to be sheltered somewhere. But current facilities are at their breaking point and the immigration courts face deep backlogs. To add to the problem, because of the MSM and Democrat hyenas’ manufactured outcry about Trump “separating” the families of illegal border-crossers, Trump’s solution is to hold the children — who previously had been housed elsewhere — with their law-breaker parents, further straining the system.
Currently, migrant children are being held in facilities run by the Office of Refugee Resettlement within the Department of Health and Human Services (HHS). One facility, a converted Walmart in Texas, was recently opened to reporters, igniting another predictable media firestorm.
Last Wednesday, President Trump ordered the Pentagon to work with the Department of Homeland Security (DHS) to house as many as 20,000 illegal border-crosser children who are without an adult relative — the Unaccompanied Alien Children program. Yes, Virginia, heartless parents actually let their children illegally cross the US-Mexico border by themselves! But you don’t hear anything about that from the media jackals, do you?
DHS has completed assessments at Goodfellow Air Force Base, Dyess Air Force Base, Fort Bliss in Texas and Little Rock Air Force Base in Arkansas for potential use.
Now, Time magazine claims exclusively to have an internal U.S. Navy memo on plans to construct tent cities in California and Florida which will temporarily house up to 117,000 illegal border crossers.
Time‘s article is in its print issue of July 2, 2018, with that deliberately provocative and fake cover of a photoshopped image of President Trump as a bully towering over a tiny, crying child. To compound the fakery, the original image from which the child was cropped is also fake. (See “Proof that MSM news on Trump’s “family separation” is political propaganda“)

Philip Elliott and W. J. Hennigan archly and without bias (sarcasm alert!) report for Time, June 22, 2018, that the magazine obtained a draft U.S. Navy internal memo on plans to construct detention centers for tens of thousands of immigrants on remote bases in California, Alabama and Arizona: “The planning document indicates a potential growing military responsibility in an administration caught flat-footed in having to house waves of migrants awaiting civilian criminal proceedings.”

The military has not yet been ordered to construct these new detention facilities, but the internal Navy memo estimates that the Navy would spend about $233 million to construct and operate a facility for 25,000 people for a six-month time period. The proposal suggests these tent cities be built to last between six months and one year. Military officials propose a 60-day timeline to build the first temporary tent facility for 5,000 adults. After that, they could add room for 10,000 additional individuals each month.
The memo was written by Phyllis L. Bayer, the Assistant Secretary of the Navy for Energy, Installations and Environment, in anticipation for a request from DHS. It recommends Navy Secretary Richard Spencer sign off on the plan, which allocates roughly 450 square feet per immigrant held for housing, support staff and security, and send it to Defense Secretary James Mattis.
See also “Mexican presidential candidate calls for mass migrant invasion of U.S.”

It will be an ignominy to the many of us that have come LEGALLY to the United States to allow these illegals a free pass into my country. The hell with amnesty, the hell with DACA, the hell with dreamers, the hell with the democrats. It took seven years for me to obtain citizenship. I went through a process to become a permanent resident and studied from the beginning of the US history to take the exam in THE ENGLISH LANGUAGE and become an American citizen. I has been done according to THE LAW OF THE LAND. SEND THEM BACK,… Read more »

Welcome to America, Alma. May you thrive in your adopted home. God Bless.

AMEN to that! But WHY don’t we hear that from throngs of others who worked their tails off to become AMERICANS the LEGAL way? Are they not hearing about this? Have they just quit being concerned about the possible END of their hard earned HOME COUNTRY? They SHOULD be MAD AS HELL!!!!

Actually, truckjunkie we do hear from those who entered through the front door legally. In the university where I teach I have many students who came here legally, and who now are livid that hoards of criminal aliens are allowed to swarm into the US illegally with the approval of left wing politicians and liberal flunkies. To a person, these legal immigrant students are angry with the immigration system that permits this outrage. Yet, we don’t hear their voices for the same reason we don’t hear the truth about what is really going on in society from the establishment media.

Say, I was thinking……..are those tents inflatable? Since the Navy is “constructing” them it would be reasonable to ship the illegals on a cruise back to their countries!

LOL-They could “Group Water Ski” all the way there behind a REAL American Warship!!!

Now we’ll have somewhere to park all those sanctuary mayors and fellow travelers and maybe some of the homeless too. It’s only fitting that they enjoy the cultural benefits of togetherness. 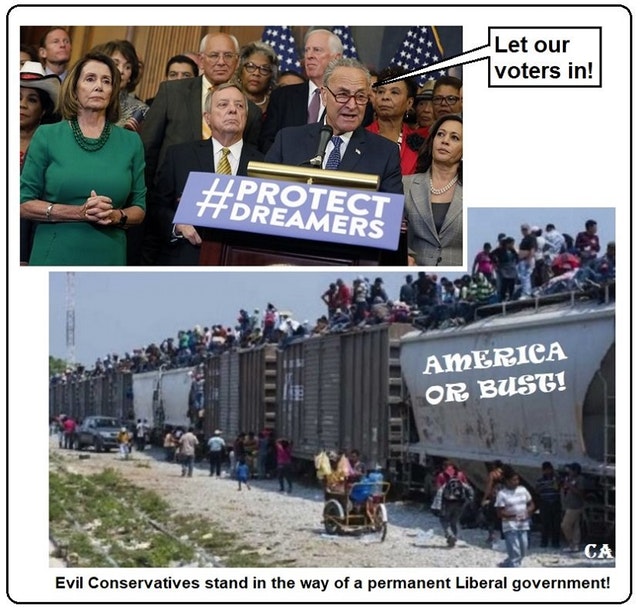 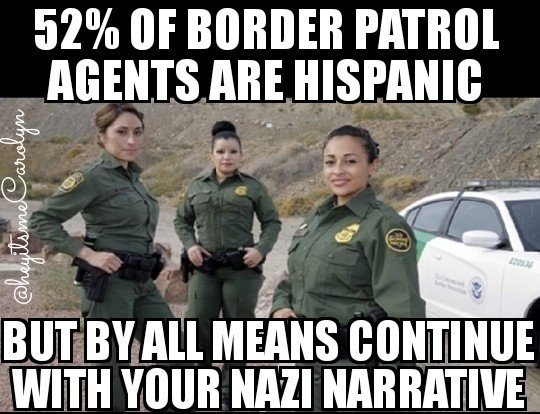 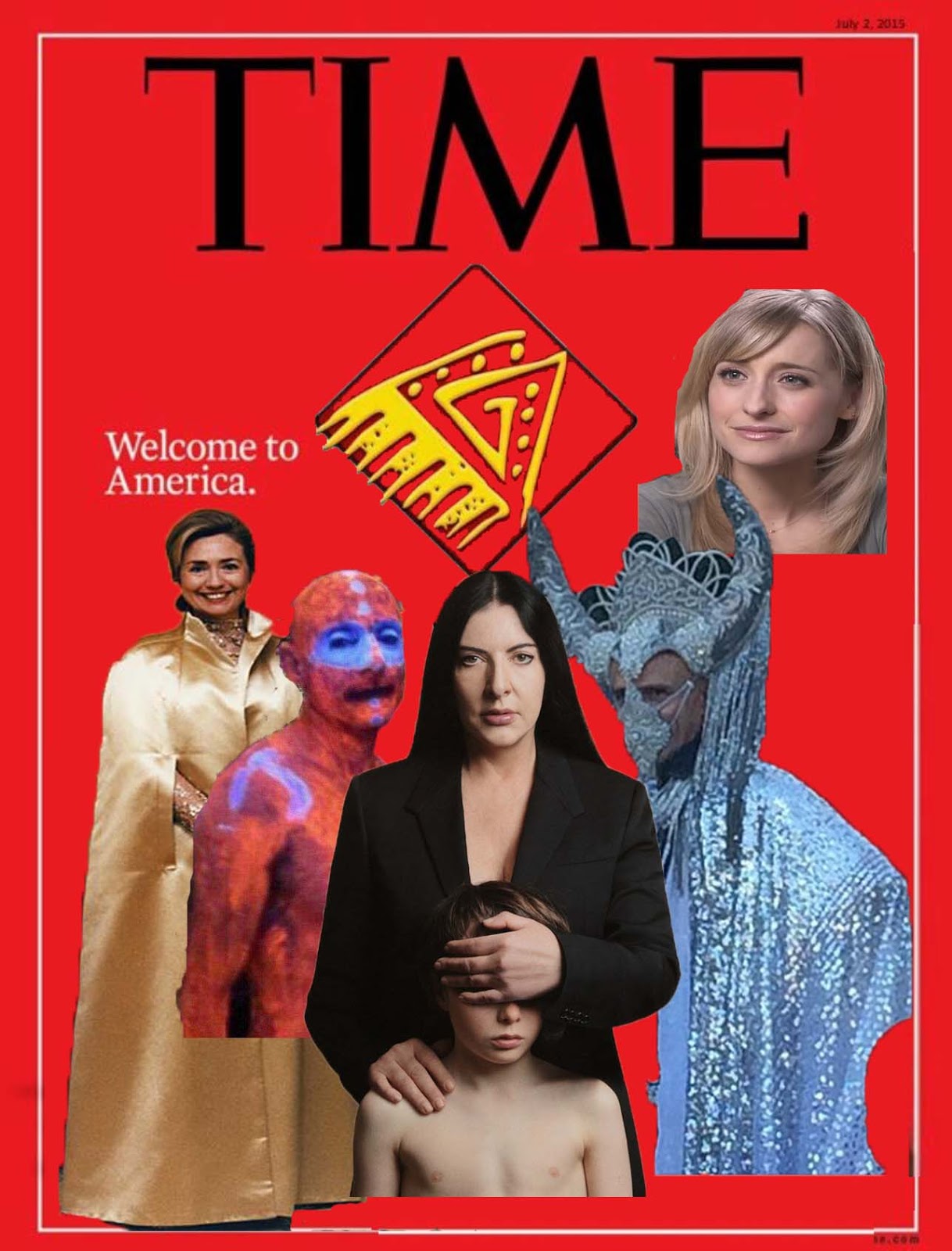 Pathetic, isn’t it?! If “Border Control” worked, nobody would have to be building anything. Just pack a food & water sack, throw in a blanket & a $3 Walmart “travel pillow,” hand it to each illegal at the border, & make them turn around & go back wherever they came from. Don’t even allow them to cross over. That would be much cheaper than even the “starter price” of $233 Million+. I wonder if these “austere” tent cities are one of the reasons Congress [& Trump] gave the military almost $700 Billion for 2018, the biggest “financial advance” ever. Just… Read more »

POTUS tweets yesterday morning, we agree! @realDonaldTrump 21h Hiring many thousands of judges, and going through a long and complicated legal process, is not the way to go – will always be disfunctional. People must simply be stopped at the Border and told they cannot come into the U.S. illegally. Children brought back to their country…… ….If this is done, illegal immigration will be stopped in it’s tracks – and at very little, by comparison, cost. This is the only real answer – and we must continue to BUILD THE WALL! __Our POTUS is also “clean freak”! 🙂 @realDonaldTrump 21h… Read more »