Tim McGraw and Faith Hill support gun control: "It's not about the Second Amendment"

McGraw previously performed at a Sandy Hook benefit, which caused some controversy. He’s staying put on his push for gun control.
Can’t we just start with enforcing current gun laws?
From The Mercury News: Tim McGraw and Faith Hill might have just alienated themselves from the majority of country music’s conservative fan base. In a wide-ranging interview with Billboard, the husband and wife country superstars opened up about their support for gun control.
“Look, I’m a bird hunter — I love to wing-shoot,” McGraw said. “However, there is some common sense that’s necessary when it comes to gun control.
“They want to make it about the Second Amendment every time it’s brought up. It’s not about the Second Amendment.”
Billboard conducted the interview less than two weeks after a gunman opened fire at the Route 91 Harvest Festival, killing 58 and injuring nearly 500 people in attendance at the Las Vegas country music festival.
The country music community has since been criticized for its tepid response.
On Wednesday, the Country Music Association Awards did briefly honor the Las Vegas victims. Host Carrie Underwood sang “Softly and Tenderly Jesus is Calling” as pictures of the 58 victims were displayed.
But there was little acknowledgment of the tragedy beyond that. In fact, CMA organizers originally banned journalists from asking about Las Vegas and guns, but a public backlash forced them to reverse course.
Hill and McGraw were in attendance at the Nashville award show, and performed “The Rest of Our Life.”
“In reference to the tragedy in Las Vegas, we knew a lot of people there,” said Hill in the Billboard interview. “The doctors that (treated) the wounded, they saw wounds like you’d see in war. That’s not right. Military weapons should not be in the hands of civilians. It’s everyone’s responsibility, including the government and the National Rifle Association, to tell the truth. We all want a safe country.”
DCG

Hill and McGraw don’t seem to understand that the #2A is We The People’s protection against a tyrannical government. They’re basically rich, uneducated sell-outs. We desperately need to teach our children the foundation of our Republic, i.e. The Constitution. Hill & McGraw should stick to musical entertainment.

filia.aurea, I wonder how many guns they have at home.

Safety will override the 1st, 4th and 6th Amendments for “social justice” in their eyes as well shortly…

Oh well, let’s see when they start singing the “blues” -don’t mess around with those boys and girls that like to go a‘hunting! 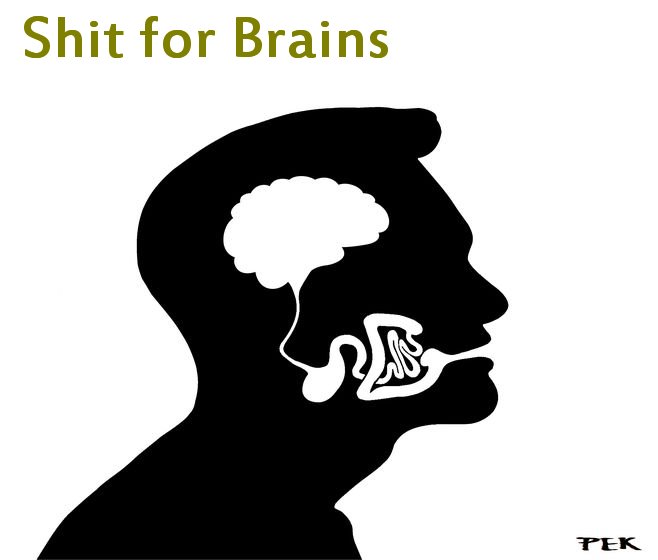 Sellouts!? When Tim and Faith turn in all their guns and send all their armed bodyguards to the unemployment office, then they can open their big mouths. In the meantime, their once-devoted fan base will turn on them. Just ask Hollywood and the NFL!

Yeah, if they do that I’ll only complain about their propagandizing and hypocrisy. These two would wear Che (or better, Mao) shirts for a buck.

Reblogged this on kommonsentsjane and commented:
Reblogged on kommonsentsjane/blogkommonsents.
All the government has to do is call these guns ‘military grade” and prohibit the manufacturers from selling them to anyone but the military. You don’t need a cannon to kill any bird or animal. It is all about money, honey, and you don’t have to touch the second amendment.
kommonsentsjane
kommonsentsjane

The thing is,until the Politicians and Cops figure out how to keep ALL criminals from GETTING guns,this will always be about much more than killing birds and animals. Disarming the law-abiding people of America will solve NOTHING-it’ll only give criminals more easy targets to shoot at. It WON’T keep guns out of the hands of criminals.Also,consider that the man who stopped the killings in the Texas Church used one of the very guns you’re telling the Government how to ban. The Second Amendment is “touched” EVERY time someone suggests,”I’m fully in favor of the Second Amendment,BUT…”. Well,no-When you say BUT,it… Read more »

I am sorry if you are being sarcastic, and I just did not get the joke. I also in no way intend any ill will or hatefulness to you in any way, BUT while you are correct that a cannon is not required to kill a bird, a cannon IS required for recreational cannon shooting. A friend has two 1860s cannons, and they are a blast to shoot (pun partially intended and shooting them and every other type of muzzleloader or firearm for fun is a legitimate use and American Right of the people). I truly do not understand your… Read more »

All Right, I get it: People can prove they’re idiots with much aplomb. But this is what Little Timmy & Co. just don’t get: We the People have this right for a reason. Also keep in mind that the government has had us out-gunned in numbers of weapons and ammo since at least the end of WW II. I DO NOT want the GOVERNMENT to be armed. Perhaps this advice from George Washington (you know, the slave owner) may be of some assistance: “If a government cannot trust its citizens being armed, you can be assured that it has evil… Read more »

“Also keep in mind that the government has had us out-gunned in numbers of weapons and ammo since at least the end of WW II.”
And yet America now has,probably,the largest Unofficial Citizen Militia in the world-boasting over 300 Million members.

True, Truck, but here’s the problem: The Government has bigger guns and better organization. HOW do, say, 10% of gun owners per state organize—especially without the government finding out? And what about New York City, where there are very few legal gun owners???

State Militias have a handle (albeit a LOOSE one) on organization,and when under actual pressure,I’m sure they’d tighten their “handle” markedly. As for States that have allowed their Second Amendment to be negated by State or Local Law,perhaps the interested people could sign on with the Militia of a nearby State and learn to defend their own interests and a PROPER Government. Also,remember there are a lot of people who own guns acquired “under the Radar” for JUST THIS occasion. They’d be a big surprise to the Government’s recon people. The Government’s “Bigger Guns” COULD be problematic,though not insurmountable as… Read more »

Anyone advocating more gun control should be asked if they support “the equal protection of the laws” in the 14th Amendment, you know, one of the two which overturned the SCOTUS Dred Scott decision to end slavery. Assuming they opposed slavery, then surely they would agree to the following pursuant wording ( which I saw posted by a commenter on another blog) being added to any further gun control legislation: No person holding any office under the United States, or any of them, may keep or bear any arms except those that may be borne by all law abiding competent… Read more »

“…said Hill in the Billboard interview. … Military weapons should not be in the hands of civilians. It’s everyone’s responsibility, including the government and the National Rifle Association, to tell the truth. We all want a safe country.” OK, Faith, you first. Start with a review of American history, especially around the 1770s. The 2nd Amendment allows for private citizens to have the same weaponry as the government, so anybody with tyrannical intentions could be held in check. That means if I want to purchase an aircraft carrier, a squadron of nuclear weapons-equipped bombers, or space-based weapons, it’s well within… Read more »

Yet another case of a celebrity hypocrite trying to make rules for us lowly commoners that he doesn’t think should apply to his own. Here’s Gracie McGraw with her AR15… 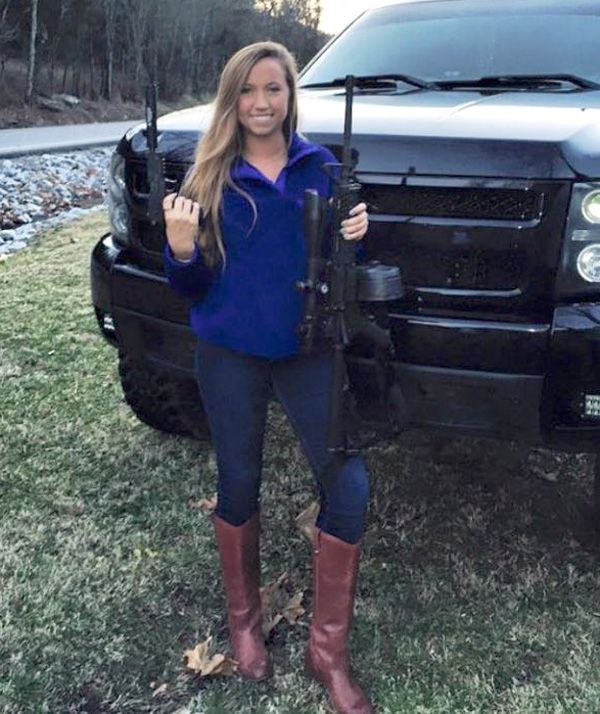 The Facebook link is no longer available. They probably pulled them once their hypocritical nature was exposed. Typical proggies…

Those are her toys -she’s too old for barbies!

“If you are for gun control, then you are not against guns, because the guns will be needed to disarm people. So it’s not that you are anti-gun. You’ll need the police’s guns to take away other people’s guns. So you’re very Pro-Gun, you just believe that only the Government (which is, of course, so reliable, honest, moral and virtuous…) should be allowed to have guns. There is no such thing as gun control. There is only centralizing gun ownership in the hands of a small, political elite and their minions.”
–Stefan Molyneux

This holier than this couple turned me off several years ago when they started with this stuff. They seem to ignore the fact that if they destroy the second amendment and start taking guns, the bad guys will always have access to them making them more powerful than before. They start with one right and it dominoes. Being the hypocrites that they are makes it worse. I don’t believe they have as great of a marriage as they try to paint. I think ole Timmy has or had wondering eyes and a big ego. They want gun control, start with… Read more »

Celebrities, “Guns and safety for me. Not you.”

Their names McGraw & Hill is the same name of a publishing company. Fitting cause they live in a fantasy world….

That’s one of the things that make them dangerous. The have great appeal with the low-IQ set. They “me too” that disarmament bill on the way to the 7-ll to pick up some of Gracie’s favorite chaw.

STUPID IS AS STUPID DOES. When are all these Ignorant people going to realize that we need Criminal and Invader Control and NOT GUN CONTROL? I have NEVER heard any NRA MEMBER killing anyone all these murderers have been Satan Socialist Dumbocraps. GOOD CITIZENS kill nobody except in self defense. CRIMINALS and INVADERS Rob, Rape and murder which happen to be 75% Dumbocraps. Check it out. Semper Fi.