This makes a lot of sense: Norway disarms its police officers

Target-rich environment for the terrorists.

Yahoo: Norway’s police, who have been authorised to carry firearms for the past year due to a heightened threat of Islamist attacks, will be unarmed again now that the threat level has been lowered, police said Friday. National police chief Odd Reidar Humlegard told reporters the measure would take effect on November 17.
The country’s 6,000 uniformed police officers will “have to keep their weapons locked in their patrol cars like they did previously,” he said.
Norwegian police were authorised to carry their service weapons on their belts in November 2014 after the country’s intelligence service PST raised the threat level because of the risk of an attack.
A year later, the PST said arrests in Jihadist circles and the departure of radicalised militants to the Middle East had significantly reduced the likelihood of an attack and reduced the threat level at the end of October.
Norway’s police union, most of whose members want to be allowed to carry their service weapons, called the new directive “a very bad decision.” “The temporary arming (of police) responded to an extraordinary situation. As things stand now, our laws do not allow for systematic arming,” Humlegard said.
Norway is known as a generally peaceful country, but was shaken in 2011 by the bloody attacks of right-wing extremist Anders Behring Breivik, who killed 77 people.
DCG

A policeman without a gun is as useful as a truck without a motor.

And of course the guns locked in the cars are perfectly safe from any and all thieves and/or terrorists……………….NOT.

This is beyond what I can comprehend. The lives of the officers are in peril–if a situation arises , they may not have the time to go get their locked up fun. Although I am one quarter Norwegian–I am ashamed of their stupidity. or the fact that they feel their police officer’s lives are of so little value. Dumb-dumbs!

Regardless of your beliefs and opinions, Stlonginus, you do us all a favor by exposing the execrable Barbara Spectre here. I have seen this self-appointed (?) harpy before, and she poses and represents a real danger to us all. WHO IN THE HELL is this woman to tell US that she—or her handlers—will change the demographics of ANY NATION??? Note well, also, the seemingly disarming and charming way in which she presented herself—almost as if she is being solicitous. MELISSA HARRIS-PERRY COMES TO MIND. You want mind-control? I’ll give you mind-control! They used to say, a la Lenny Bruce, “once… Read more »

I heard on radio that Ms Spectre was actually giving that talk to a group of fellow Jews, ( which makes sense in that she is warning them they will be hated for what they are doing) and that the video was aired in Israel but was never really meant for broader consumption, though obviously leaked out. In that regard, I’m not sure if the fake solicitude is accurate, however the demonic reference to malign encouragement certainly is.

Europeans… this is why the cop at the Charlie Hebdo attack was unarmed. 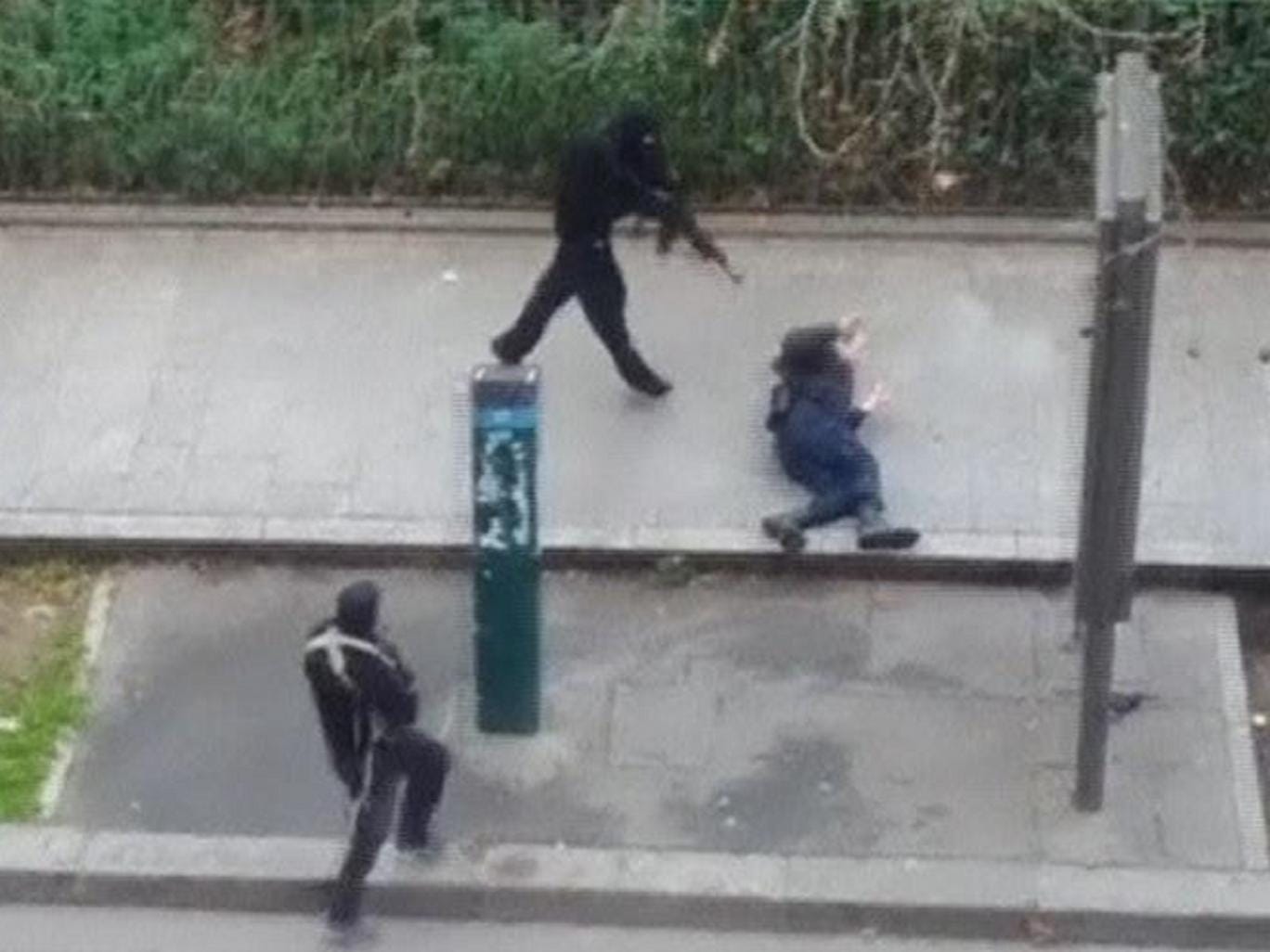 The cop in the Charlie Hebdo attack displayed absolutely no reaction to the shot being fired only feet away from his head. You saw no impact, no splatter, no blood.
You also saw zero recoil at the shooter, either on the gun or his arms.
It’s about as believable as me using my fingers and going “bang! bang!”

They should also expect an increase in home burglaries,and a corresponding increase in gun thefts;that’s one place criminals get THEIR guns.

“Gee, the British police gave up their guns. Guess we’d better do the same!” Yep, they’re a SPECIAL kind of stupid!

If I’m a cop in Norway, I’m looking for openings in the fire department.
-Dave

Well i live in Norway and we have no need for police that carry weapon.
People in Norway don’t go around with weapon, it’s not socially accepted.
Closest we come to people get shot is hunting accidents.