#FakeNews apologizing? Has hell frozen over?

Wonder if the US media will follow suit (that is rhetorical, of course).

From The Telegraph: Following last Saturday’s (Jan 19) Telegraph magazine cover story “The mystery of Melania”, we have been asked to make clear that the article contained a number of false statements which we accept should not have been published.

Mrs. Trump’s father was not a fearsome presence and did not control the family. Mrs. Trump did not leave her Design and Architecture course at University relating to the completion of an exam, as alleged in the article, but rather because she wanted to pursue a successful career as a professional model.

The article also wrongly claimed that Mrs. Trump’s mother, father and sister relocated to New York in 2005 to live in buildings owned by Mr. Trump. They did not.

The claim that Mrs. Trump cried on election night is also false.

We apologise unreservedly to The First Lady and her family for any embarrassment caused by our publication of these allegations.

As a mark of our regret we have agreed to pay Mrs. Trump substantial damages as well as her legal costs.

They had to publish a retraction of the errors and issue an apology as part of her winning a lawsuit against them; not because they were actually sorry for spreading stupid lies.

According to Breitbart the article ran last Saturday and is an excerpt from an upcoming book. The author is nothing but a jealous, TDS-infected feminazi.

Oh how many wish to be in the First Lady’s stilettos right now! She now knows how cruel the leftist women of the US can be. Not only jealous but envious of the accomplishments of this lady, “they” slander her, they laugh at her accent and her fashions. I like this First Lady for her dignified appearance as opposed to the American born white trash, arrogant , contemptuous, unscrupulous, low life Hillary Rotten Clinton (WH 1993-2001).

The defense against a charge of libel is the truth. That Melania Trump prevailed in court is prima facia evidence that the crap in the article was not true. If the author of the forthcoming Melania book repeats the libel, the award to Melania ‘s next settlement will be astronomical. As an aside, any guy who has looked at this woman knows that she would have absolutely no difficulty establishing a successful modeling career on her own.

Nowadays you can determine what kind of person someone is by the caliber of the people that don’t like them and slander them. The MSM are trash, and anyone they praise is likely trash also. Melania is beautiful, classy, and believes in God – they detest that!

“I believe that being despised by the despicable is as good as being admired by the admirable.” Kurt Hoffman

The Telegraph has apologized, and that’s good enough for me. Mrs. Trump is, quite simply, CLASS PERSONIFIED. I would have been lucky to have been married at all—so I like to think!—and if I could have met a lady like Melania, I would have considered myself to have won the Lottery! This being said, I did read, about three years ago, that Donald Trump’s own mother immigrated to the United States ILLEGALLY, coming here from Scotland. If this is true, then that Mrs. Trump would have been an ILLEGAL ALIEN, and thus, Donald Trump would not be, in at least… Read more »

A simple search on Wikipedia shows this is NOT true. Donald Trump’s mother’s maiden name was Mary Anne MacLeod. From Wikipedia (with source footnotes): “With several sisters having already established themselves there,[9] Mary Anne MacLeod may have first visited the United States for a short stay in December 1929. MacLeod was issued immigration visa number 26698 at Glasgow on February 17, 1930.[8] On May 2, MacLeod departed Glasgow on board the RMS Transylvania arriving in New York City on May 11, 1930‍—‌one day after her 18th birthday, declaring she intended to become a U.S. citizen and would be staying permanently… Read more »

I work for an attorney, and we fact-check every sentence of every line of every document that leaves our office…and people’s reputations aren’t generally at stake, like with what journalists write. The lack of journalistic integrity is remarkably lacking. It’ll make the history books, I bet you.

Yet another proud Progressive moment. 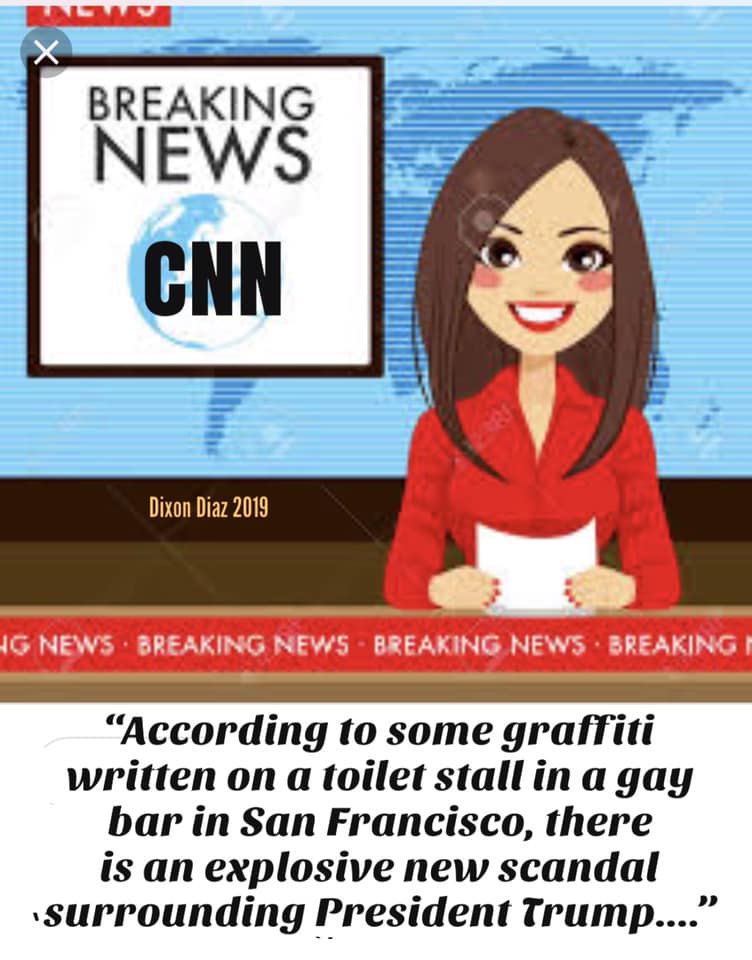