The left is obsessed: California surfing has a “serious diversity problem”

The demorat-run media is out hunting for EVERYTHING that can possibly be racist. It all feeds their current narrative that America BAD because OrangeManBad.

Here’s the latest from SF Weekly:

Surfing, despite its roots in indigenous Pacific Islander history, has been seen as a sport for straight white men for far too long. https://t.co/DEqbMmAWv5

Excerpts from the article (with a subheadline entitled, “Segregated Waves“):

“America’s history of systemic racism plays a major role in discouraging people of color from taking up water sports, according to Chelsea Woody, co-founder of Textured Waves, a surf collective for women of color.

“Segregation laws of this country really restricted who could participate in leisure activities and zoning laws with who could buy land in certain areas and coastal towns,” Woody explains.

The California Land Act of 1851 pulled sprawling ranchos away from Mexican owners and handed them over to white settlers. Pools and beaches were segregated during Jim Crow, effectively prohibiting Black people from public access. A 2014 CDC study found that Black American children were up to 10 times more likely to drown than white children.

“I think the lineup is really just an extension of colonialism,” says Kyla Langen, co-founder of San Francisco based Queer Surf.

While the motivations behind territorial aggression may not be directly linked to the color of surfers’ skin, it often underscores issues of privilege and access. “Localism helps ensure that the people who are already there kind of stay in control,” Manickham-Shirley says. And if the people who are already in wealthier, beachfront communities are more likely to be white, that makes it that much harder for people of color to gain their footing.”

Of course “colonialism” is to blame for this apparent problem. And “localism.”

Imagine going through life with the purpose of finding apparent hobbies that lack diversity due to colonialism.

I would ask what a “surf collective” is but I don’t want to know.

I think it’s a socialist urban version of a surf safari. 😉

I suppose they will also remedy the lack of opportunities for short, fat, Jewish boys in professional basketball?

That may change…. Jerry Nadler is now going to be a starter in pro basketball;)

Only for about a minute,until his heart explodes….

Does he have one?

Oh! My Heavens, even trying to envision a picture of Nadler suited up in basketball garb is enough to turn my stomach!

This is off topic but important to many of us.
I didn’t wear masks Saturday and Sunday and didn’t get any flack, no one noticed, cashiers were friendly, service was same as usual, even at a rural sandwich shop with a huge sign on their entrance door.
I noticed where we shopped others were not wearing masks.
At home, I then read that Target, Walmart, Lowe’s and others that mandated masks last week have backed off the demand.
Surprised?? No! Just didn’t think it would take 5 days for them to fricking wake up.

Some points to consider about wearing the damned masks:
1) They are, for practical purposes, useless;
2) If they aren’t useless, then why weren’t they required for people in prison instead of releasing the prisoners;
3) If they aren’t useless and they really do trap and absorb contaminants, then why have there been no guidelines for when and how to dispose of a contaminated mask?

And if the masks are so darn great, why condemn me for not wearing one near you when you are???
You’re protected right?

But Pvt…anything for a fashion “one-up.” I hated masks at first until a realized/saw that they hide that double-chin look, esp. if you have to jump in on a zoom contact….you know how, if you aren’t wearing a mask, zoom shows EVERYONE’s neck and chin as tho’ it’s a 5-lb newborn you are carrying around under your jaw. So, I am contemplating wearing a mask during my distance zoom teaching lessons by telling my kids that I am setting a “good example” of wearing a mask at all times during Covid. I’ll only have to put on eye make-make-up and… Read more »

“I suppose I should wear a decent top.”
Nah. Go topless; it distracts attention from the neck & chin. It’s the “Pelosi Principle”. 😉

So now the reason that blacks don’t do water sports, swimming, etc. is because of whites? I have been to many beaches here and in other countries…. I got the impression they didn’t like water. Hell, I don’t like water that much;) BLAME GAME.

Maybe one day they will look at the black crime issue.

I doubt it. They have plenty of stats on those, but they are conveniently left out of the media and and assertions by Marxists.

I have noticed that there is tremendous racism in the abortion business, White folks are aborting far more babies that black folks. Democrats need to jump on blacks to abort more.

I nearly drowned in swim lessons back in junior high. I feel black now… I want reparations and a rancho in SoCal. Maybe a free education at USC? BTW, anybody watch any of the Barr interrogation today on CSpan? It was a LOT like the Trump impeachment failure. House Dems set themselves up with false premises, shut down Barr’s answers that tried to uncover the truth when it didn’t agree with their narrative, then went on as if they were building off some sort of strong opening debate. It was unbelievable. But that is what the wacky left does. Even… Read more »

That is an EXACT representation of the interrogation. BTW, wonder-boy Hakeem Jeffries actually claimed as truth in his opening (did not merely “posit” as in a debate) that Trump told people to “inject BLEACH”. And nobody challenged him. And he went on to use that as his premise from which to attack Barr as “being Trump’s wing man”. What an absolute joke. I watched the original speech in which Trump spoke of LIGHT and HEAT as being disinfectants against the Covid virus, and that, “…wouldn’t it be great if we could find some sort of way to inject them to… Read more »

This is beyond ridiculous. So what would they do — FORCE blacks and other POC to surf?

Long time ago, I worked as a lifeguard/swim instructor for people who wanted to be rescue swimmers.

The “rocks” I had to drag out of the water the most, and by a huge percentage, were blacks. To me, it was more a matter of physiology – their musculature, body fat, whatever you wanna call it – made them more likely to sink to the bottom, especially when they were required to perform a “dead man’s float” for a while. 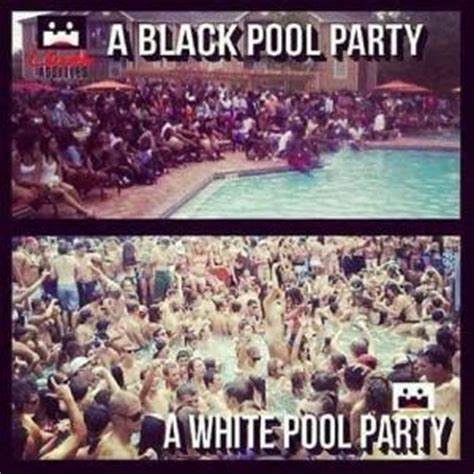 True. That explains why there are no black Olympics swimmers.

Let me correct that statement. Surfing,like ANY sport,is predominantly for athletes who are GOOD AT THEM-Race has ABSOLUTELY NOTHING with them.\
As a side-note,THIS is another case of the person who whines about RACE being an issue being the MOST RACIST of ALL.

Come to think of it … there’s also persistent racism in mammalian bowel movements.
Seagulls are much, much more woke.

Oh joy. So am I gonna see the NBA recruiting short white guys (and gals) b/c they’ve never had enough “access” to playing the sport and we have to even-up the scales in this “issue?” Furthermore…I don’t lived near the beach because I can’t afford it. I don’t care if black, white, brown, red, yellow,purple people live there. If they bought it, they could afford it and I can’t. I’ve never surfed in my life. I never had the chance (and somehow have managed to live a very full and productive life. I even have fun sometimes.) So, when they… Read more »