The Left hound Christian baker Jack Phillips for declining to bake a custom-ordered cake for a homosexual couple, claiming that the baker engaged in sex discrimination, although a privately-owned enterprise presumably has the right to deny service to a customer.

But the same Left have no problems with privately-owned businesses such as WordPress, Facebook and Twitter discriminate against conservatives and Christians by banning, censoring, and “suspending” their accounts. See:

On June 4, 2018, the Supreme Court ruled 7:2 in favor of Jack Phillips, the Christian owner of Masterpiece Cakeshop in Colorado who had declined to create a custom wedding cake for homosexual couple David Mullins and Charlie Craig, by concluding that a state agency, Colorado Civil Rights Commission, discriminated against Phillips by not applying anti-discrimination law in a neutral manner. (The Daily Caller)

Sadly, Phillips’ sense of relief was woefully short-lived because the Left have redoubled their harassment and attack:

(1) On the very day that the Supreme Court agreed to review Phillips’ case, an attorney named Autumn Scardina called Masterpiece Cakeshop to ask Phillips create a custom cake celebrating his “transgender” sex transition. Scardina specified that the cake must have a blue exterior and a pink interior, a reflection of Scardina’s transgender identity. Phillips declined to create the cake, given his religious conviction that gender is immutable, and offered instead to sell Scardina other pre-made baked goods.

(3) Scardina filed a complaint with the Colorado Civil Rights Commission (CCRC), alleging discrimination on the basis of gender identity. Three weeks after the June 5 Supreme Court ruling in favor of Phillips, CCRC issued a probable cause determination, finding there was sufficient evidence to support Scardina’s claim of discrimination and that Phillips is, once again, in violation of state law.

On August 14, 2018, Phillips filed a lawsuit in the U.S. District Court for the District of Colorado against the Colorado Civil Rights Commission, accusing the Commission of violating his constitutional free exercise, free speech, due process, and equal protection rights. His attorneys at the Alliance Defending Freedom (ADF) say the Commission has revived its campaign against Phillips following June’s Supreme Court decision, singling Masterpiece Cakeshop out for disparate treatment on the basis of Phillips’ religious beliefs.

“The state of Colorado is ignoring the message of the U.S. Supreme Court by continuing to single out Jack for punishment and to exhibit hostility toward his religious beliefs. Even though Jack serves all customers and simply declines to create custom cakes that express messages or celebrate events in violation of his deeply held beliefs, the government is intent on destroying him — something the Supreme Court has already told it [Colorado Civil Rights Commission] not to do.”

“Colorado has renewed its war against him [Jack Phillips] by embarking on another attempt to prosecute him, in direct conflict with the Supreme Court’s ruling in his favor. This lawsuit is necessary to stop Colorado’s continuing persecution of Phillips.”

I would tell them “I’ll bake you a cake for $1B and it will be my own design. It will display your perversion and what I think of it”. If forced (and paid) I’d depict them all as Sodomites burning in Hell.

Because they can. Abuse of “So sue us!” to be sure.

The left is acting like that bakery is the only one in the state. From what I read about Scardina, she should be brought before the court for unprofessional behavior and Harrassment and filing frivolous lawsuits. May she rot.
Attacking this one Christian bakery is for nothing but sending threats to anyone and everyone that disagrees with their depravity. He just happens to be an easy mark when judge hunting is done.

Well, I still don’t see how they can tell him what he has to charge or that he has to allow a customer to design the cake. Frankly, I can’t believe that he doesn’t have an absolute right to tell them to pound sand.

Like you say, he isn’t the only baker. It seems likely that one of their swishy friends knows how to decorate a cake. This is obviously deliberately demeaning to his religion and a violation of his civil rights.

I feel so sorry for this poor man. They have put him through hell. I saw a short news piece on him and he is just a quiet hardworking individual. As for the human detritus that keep trying to make this mans’ life a living hell, this is proof of the twisted world that lives between their ears. Any normal person just wants to go about their own life. These people that keep these lawsuits and complaints up are so miserable despite their claim to be ” gay; i.e., lighthearted, or joyous that their only mission in life is to… Read more » 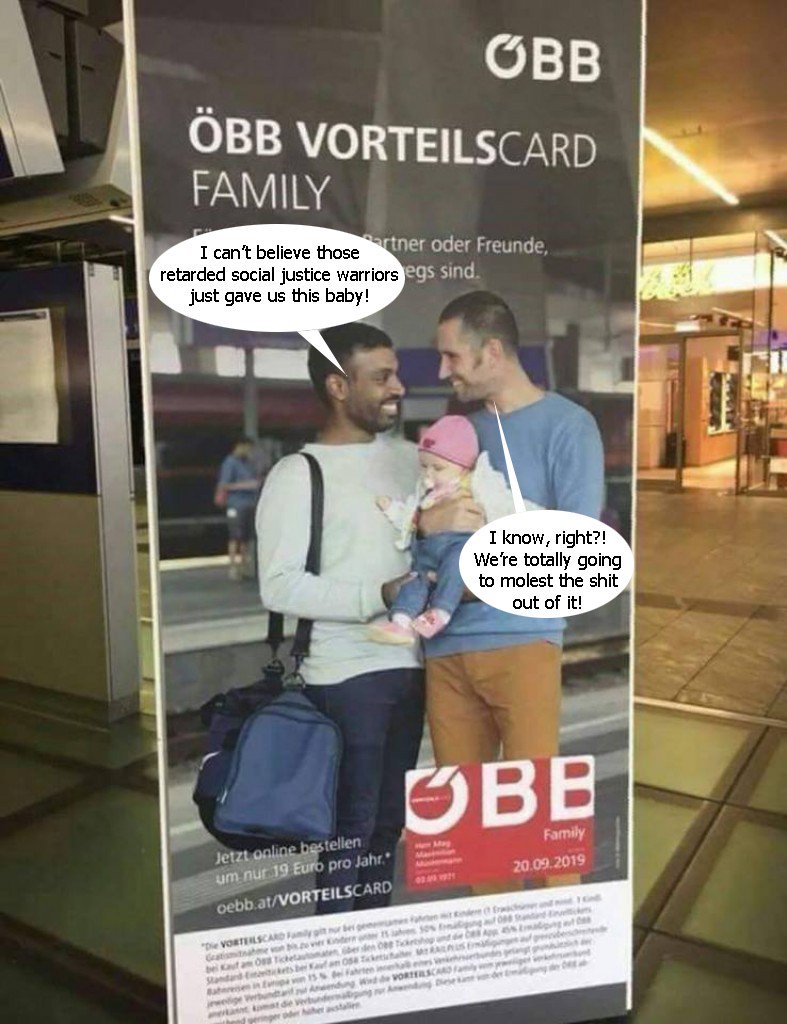 This case is setting the tone of what they are going to start doing. They need to take this women to court and throw the book at her even if you can’t make it stick do it and every time she does this do it again just like she is doing take her to court and shock it to her.

This just shows how the left will not stop till they destroy anything to do with this great nation. If left unchecked this is only going to get worse and continue and will stifle anyone who stands for the truth.

I’m sure it’s not lost on any of us that had those harassing this baker for a cake he would not want to bake gone to a gay baker instead they could have quite easily gotten that cake, probably done better. That was clearly not what they wanted.

I’m not sure why it won’t let me paste the image like it did before. Is there a cure for this? 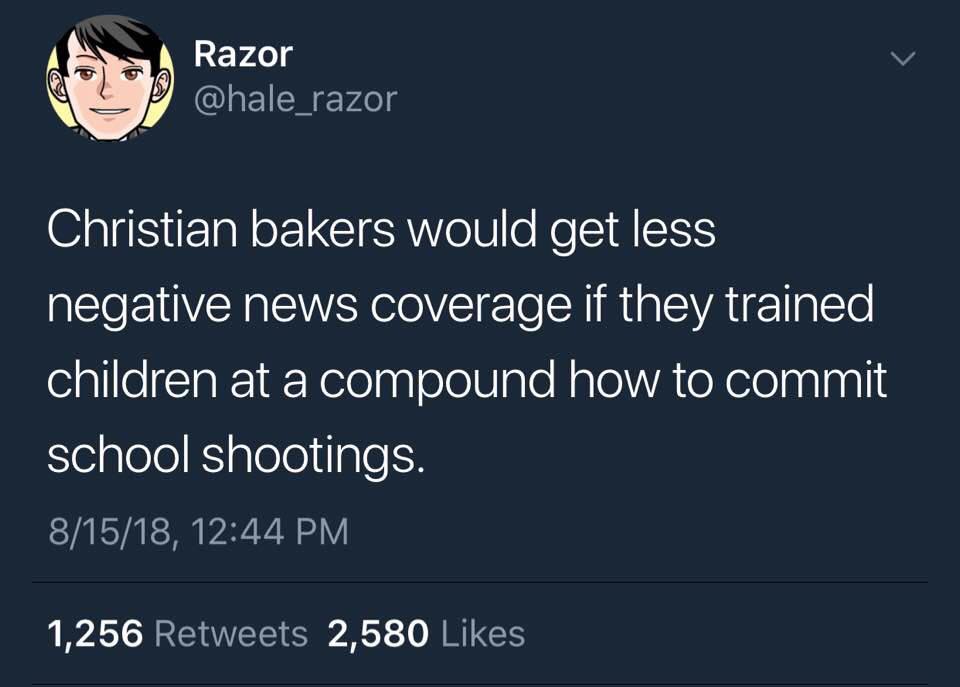 I don’t know either. Guess it’s not part of the WordPress.org software. 🙁