U.S. public schools are no longer about teaching students facts, information, and how to read and write. It’s all about “changing the world” in accordance with what the Left call “social justice” — code words for Marxism.

In an exclusive for the Gateway Pundit, Brock Simmons reports, Aug. 29, 2018, that 3,500 public school teachers in Portland, Oregon, are given an $18 teaching guide meant for children as young as 5 years old.

The guide, Planning to Change The World – A Plan Book For Social Justice Teachers, is produced by the Education for Liberation Network, published in partnership with Rethinking Schools, and is suffused with Marxist propaganda.

To begin, the teaching guide states its purpose as:

Planning to Change the World is a plan book for teachers who believe their students can and do create meaningful social change….

This plan book is designed to help teachers translate their visions of a just education into concrete classroom activities. It is both a daily reminder of the importance of teaching for justice and a collection of tools to help you do just that. Planning to Change the World is packed with important social justice birthdays and historical events, words of wisdom from visionary leaders, lesson plans, resources, social justice education happenings and much more.

And what is the teaching guide’s conception of the “social justice” that students are encouraged to “change the world” into?

It is a vision that celebrates Islam (while downplaying Christianity), communists and domestic terrorists; promotes gun-control and “transgenders”; celebrates abortion; and trashes America’s July 4 and Thanksgiving holidays.

The teaching guide gives prominence to:

While the teaching guide’s calendar does acknowledge Christmas Day, the word “Christmas” is in a thinner type font, whereas the wholly concocted “African American” holiday of Kwanzaa and the Mexican Cinco de Mayo on May 5 get bold type fonts.

The teaching guide’s calendar devotes the month of April to gun control with the quote: “How and why are schoolchildren uniquely and powerfully positioned to demand gun control?”

On transgenders, the teaching guide:

The teaching guide also celebrates the 30th anniversary of Roe v. Wade on April 9, and trashes Thanksgiving, calling it the “National Day of Mourning”, and July 4 by quoting a Sioux author: “The White man must no longer project his fears and insecurities onto other groups, races and countries. Before the White man can relate to others he must forgo the pleasure of defining them.”

You can reach Portland Public Schools superintendent Guadalupe Guerrero at (503) 916-3200.

This is absurd! Totally what the Satanic influence wants in these end times. The trouble is that people are believing these lies!

I hope the good people of Portland say NO WAY JOSE on this one! Speak now or forever hold your peace.?

Why don’t you “EDUCATORS” concentrate on the basics (reading, writing, arithmetic), from what I have seen these subjects are SADLY LACKING in the student of today. For good measure a bit of AMERICAN HISTORY could also be thrown in. What novel ideas. Concentrate on what your real purpose is,
AND leave the social issues to the home and those really responsible for the up-bringing of the students.

Karl Marx and Communism is alive and well in Portland. This is why home schooling is superior. Snowflakeology has replaced reading, writing, and arithmetic. SOVIET and Islamic Studies have replaced History.
.

the history you and i learned wasn’t real either

Look at that cover then look at the authors.

Never would have seen this coming (Harvard, natch) 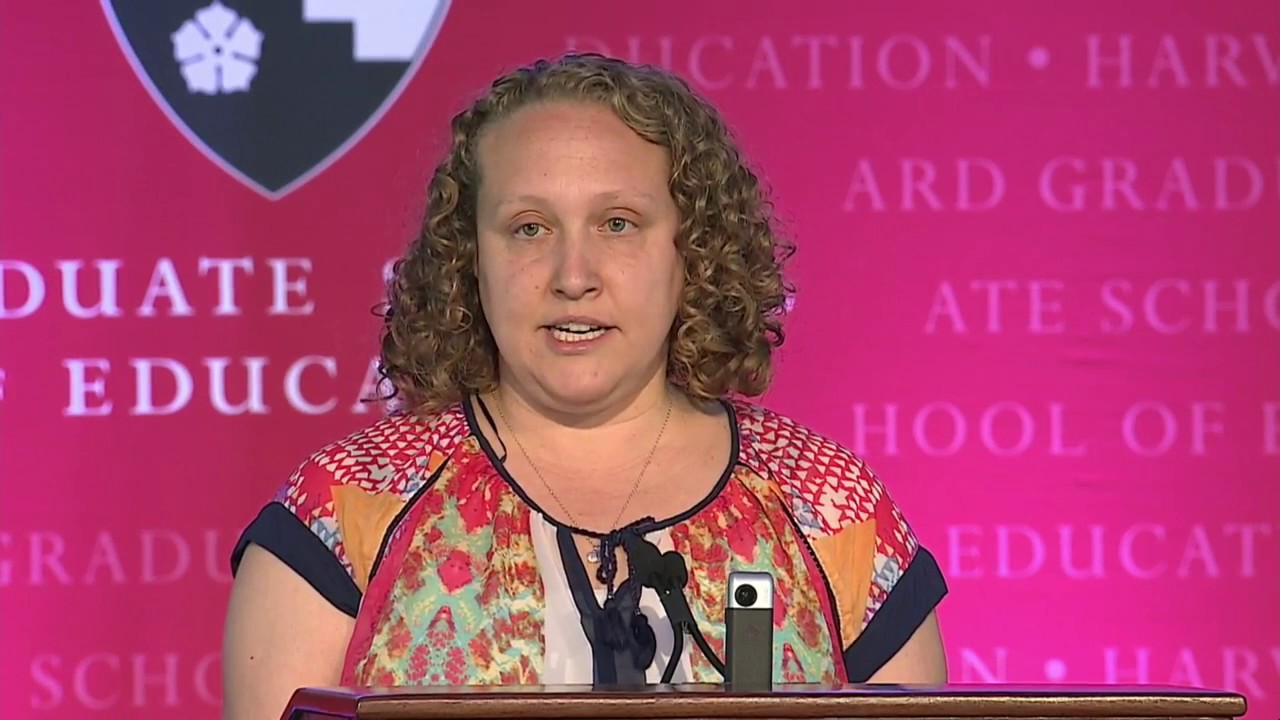 What happened to separation of church and state in regards to teaching Islam?!

It’s only separation of church and state, not mosque and state nor synagogue and state.

This is a rabbit hole.

Who are underwritten by the “Chicago Freedom School”

Who apparently got funding from the Gates Foundation, among others:

Any former / current teachers want to go and do a little research?

A very large group of people in Babylon need to be executed. The time of democracy is OVER since there is no more christian culture or unity in the west anymore, thus democracy has no basis anymore, the only way to save the west is by war, execution of many millions of subversives and instituting non legalese laws which say what they mean and mean what they say and burning all previous legalese law books and making them all null and void. The main new law will be freedom of individuals FROM the state and any threat the state may… Read more »

In 1890 the Superintendent of the US Naval War college was Capt. Alfred Thayer Mahan. His niche in history is that he authored a little book titled “The Influence of Seapower on History” which turned out to be very popular and influential within the ranks of professional naval officers. Kaiser Wilhelm II, who reportedly kept a copy on his bedside table, ordered that the officers of his Kreigsmarine read it. One of the topics Mahan discussed was the concept of a ‘fleet in being’. This was the idea that just the possession of a large, powerful, efficient naval force was… Read more »

THIS IS CLEARLY TEAXHING SEDITION. ALL DEDERAL EDUCATION FUNDS MIST BE WITHDRAWN FROM SUCH DISTRICTS.

“Published by Education for Liberation Network”? Who approves these syllabi? Are they just allowed to visit the local “Hall of Labor” and pick up literature for inclusion?

Other than Obongo, who said we wanted to fundamentally change our whole way of life? I never said that. Where does one acquire a mandate to brainwash our children?

Again, these communist social engineers rely on our being observers of our lives, not participants. Stuff like this calls for torches and pitchforks.

Just another example of why we are in end times. We are in the “short breath” days granted by God which most likely started with the last election. How long it lasts is up to how people vote this time. There is a desperation on the other side to move down the road to hell faster than ever. All this garbage will only stop when the world is ruled by The King of Kings, Jesus himself.

To be fair (which is something these libtards wouldn’t ever be), Cinco de Mayo is a genuine Mexican (only) holiday that commemorates a battlefield victory of the Mexican Army over a much larger and powerful enemy – the French – in a war that the Mexicans then lost. The French thought they could take over Mexico while the US was in the middle of the Civil War. Once the war was over, the US told the French to GTFO and the Frogs did what they do best and retreated back to France where, a few years later, the Prussians totally… Read more »

Sort of begs question as to why it is celebrated here. To be fair (ha!), I have asked this question many times. Usually I get a blank stare and some vague reference to “Mexican Independence Day” (whatever that is).

WHY are parents continuing to send their children to these state run indoctrination centers?
I understand the need for both parents to work today in order to make ends meet, but how about getting concerned, independent, freedom loving citizens together, and forming our own private, community based schools?

Why are parents trusting the government to teach their children anything?

Great idea. They they can ask for a refund.

Racism: the Bottom Line of Everything! Don Boys, Ph.D. https://donboys.cstnews.com/racism-the-bottom-line-of-everything Racism is the bottom line of everything because students are being taught and programmed to be racists by racists! Left wing university professors (black and white) are aghast when they are told that they are racists. Professors, preachers, pundits, and psychologists tell everyone that racism is the worse sin one can commit, but while racism is wrong, it is not a sin recorded in the Bible! Racism is never mentioned as a sin in the Bible although Christ’s command in Matthew 7:12 would eliminate all racism worldwide. Christ said, “Therefore… Read more »

Yes, I agree. I’ve mentioned before that our concept of “race” is actually fairly new. I have several old textbooks from the early Twentieth Century that discuss “race” in terms of associations. These are scholarly works. “Race” is defined in terms of the Spartans or Cretans. Genetics were not the central focus of “race”. I think in Scripture that is the case as well. The bottom line is that for Christians we are to see all of God’s creation as fellow beings. We are not to hate a group because of their locality, for example. We are to judge people… Read more »

Have any parents confronted the school board and superintendent over this? I find it hard to believe there isn’t a parent majority who are against this indoctrination.

My question is, just who is it that decides, from this day forward, this will be the new reality? On who’s authority is this done? What if I don’t agree with this and I don’t want my kid exposed to it? Do I get a refund on my taxes?

Those all come straight out of the progressive left social democrats’ education platform as established by Obama and (Arne) Duncan. Should we tell them those buffoons are no longer in power? Wonder how much federal aid they receive? Cut it off. Why don’t they just call it, “White Christian Shaming”? I don’t yet see male bashing on the list, but it’s coming. It all goes back to “America *isn’t* an autonomous nation with borders and laws”, to “The Constitution (written by rich white slave owners) is meant to be changed as societal needs & culture change”, and “We aren’t a… Read more »

Thank you for the question. It’s Portland, Oregon.

They do it because we do nothing

Dave, Which is why they are going to be so persistent on taking people’s guns away. They pretend that YOU are a danger. But, that doesn’t speak to the fact that it actually is THEY who are the ones who will be wanting to kill you – if they were to take them away.

“Fazeli’s Facebook shows he’s a March For Our Lives supporter who wants to disarm the American public, presumably so he and his ilk can have an easier time killing us:”

Morons contribute to their own destruction and to ours.

Here is a video you might like to see: it is about a German girl in her first grade class: she is the only German-speaking student in her class: