Robert De Niro gave a speech at The Jimmy & Rosemary Breslin American Writer Awards in NYC on June 7. About the award event:
“On June 7th, 2018, thirteen student writers were honored as the winners of the Jimmy and Rosemary Breslin “American Writer Award” during a ceremony at Tweed.
The award is the culmination of a writing competition highlighting the journalistic voices of New York City’s young writers. The essay contest was open to all 12th-graders in NYC public schools. Each student was required to submit a non-fiction, New York-centered story in 800 words or less.”
The audience at this event was high school kids. With that in mind, De Niro couldn’t control his TDS and went off on President Trump, as it only took him 36 seconds into his speech to start his rants.
Here’s a sampling of some of what he said (I listened to the whole video so you don’t have to):

De Niro continued his vulgarities against President Trump at the Tony Awards Sunday night. He said, “Fck Trump, it’s not longer down with Trump. It’s fck Trump.” The audience, of course, gave him a standing ovation.
Classy, De Niro, real classy.
If you so desire to view his rant, De Niro gets up to the podium at the 1:37 mark.
See also:

M.S. King reported on Tomato Bubble yesterday that Deniro has been linked to a prostitution service that had been known to employ underage young women to celebrities. (This has been reported once or twice before). Perhaps Deniro fears discovery. This being said, I see a new and unfortunate trend forming, and that is the institutionalization of mental illness. Time was if any celebrity cursed anyone out at a public event, that would be the end of his career—at least for a couple of years. But not only has Deniro done this at least five times now (including this week’s broadcast… Read more »

Steven: I love how you write. You’re so very logical. I admire that. However, DeNiro is famous PRECISELY because he has been willing to work for the unseen hand(s) for all these years. Holy Wood is only one of the many bureaus which work for the agenda. They don’t really have a part in deciding the agenda. They simply play their roles in implementing it. Those who have a change of heart and who no longer wish to continue in their roles, or who may be TOLD that their time is up, may end up like Anthony Bourdain or Kate… Read more »

I saw that article on Tomato Bubble too. For any one wanting to read it, here it is: https://www.tomatobubble.com/de_niro_trump.html
Something wrong with that man….
No matter who DeNiro works for , he is still obviously mentally ill. Few can demonstrate that kind of constant vitriol unless they hold it in their hearts and minds as well. From his history and his antics, as the articles states, DeNiro is doing some big time projection, and all his anger might be for reasons other than the obvious.

This type of tirade has been the stock and trade of Communists since they began. They like to “personalize” everything because it makes it unnecessary to address the true nature of issues they rail against.
He wants to be the “King of Anti-World”. Which by definition would be Satanic. To him and his fellow travelers, anything emblematic of Western Civilization must be rejected to make room for their New Odor.
The “odor” is strong with this one.

Yeah, I remember. He’s “suing” them for having the audacity to interrogate him about diddling little girls. What an arrogant POS.

Thank you Steven, very well said. There can be no doubt that “acceptance” of this sort of behavior, as well as what is now called “news reporting”, is a totally contrived operation. It’s the proverbial “two minutes of hate”, designed to provide an imprimatur to deviant and unacceptable behavior.
The fact that he received a standing ovation for this classless behavior emphasizes how shallow and sycophantic these tools are. This type of behavior would be intolerable in anything approaching a civilized society.
This just shows how low we have sank due to the Obongo/Soros administration. 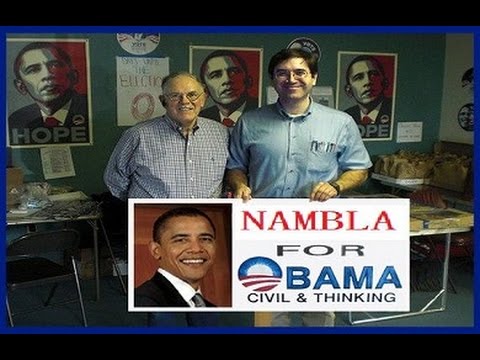 That says it all doesn’t it?

I didn’t listen to the rant. I don’t need to do that to know it’s true. If anyone is interested in WHY DeNiro feels absolutely compelled to carry on about President Trump, you may wish to visit this site to see what may be hiding in DeNiro’s closet and why certain types of people might use that against him: https://www.tomatobubble.com/de_niro_trump.html

That was good. Could be. He’s a weirdo alright. Maybe another pervert, or even a “pro-vert”.

It’s quite easy for anyone to call another person any variety of obscenities but where are the examples, where are the facts?
That’s what I thought.

Marina Abramovic is one of his buddies. This is exactly what we should expect from a spirit cooker.

Yeah, from the look of it he must be nuts about Mooch.

Years ago I thought he was okay. Now that De Nero has opened his mouth, the whole world can now see that he’s an idiot.

DeNiro is projecting his own “manifest[ation of] serious mental illness.” How “classy” of him to not only curse to a group of 12th graders, but to curse the President. Any adult males (not the kids) with a spine at the Writers function should have stood up & shut him down el pronto. “Cut the mike!” And excellent summary by Steven Broiles further above! It would be great if at least one of those thousands of subpoenas hanging in abeyance had DeNiro’s name on it. I’d love to see #SlowWalker Sessions slow walk DeNiro to the slammer where Sessions & Potus… Read more »

Even IF DeNiro WERE slow walked and actually incarcerated, they’d only be touching on the lowest part of the totem pole. That wouldn’t be good enough for me, by any stretch of the imagination.

Liberals — destroying hate, one F-bomb at a time.

As others have mentioned above – me thinks he doth protest too much. What’s going to come to light about him, or will he be the next suicide?

He may have been told that he’ll be, or one of his family members will be, the next suicide unless he performs this “service” for ((them)).

An angry little man, in every sense of the word.

More of the same… 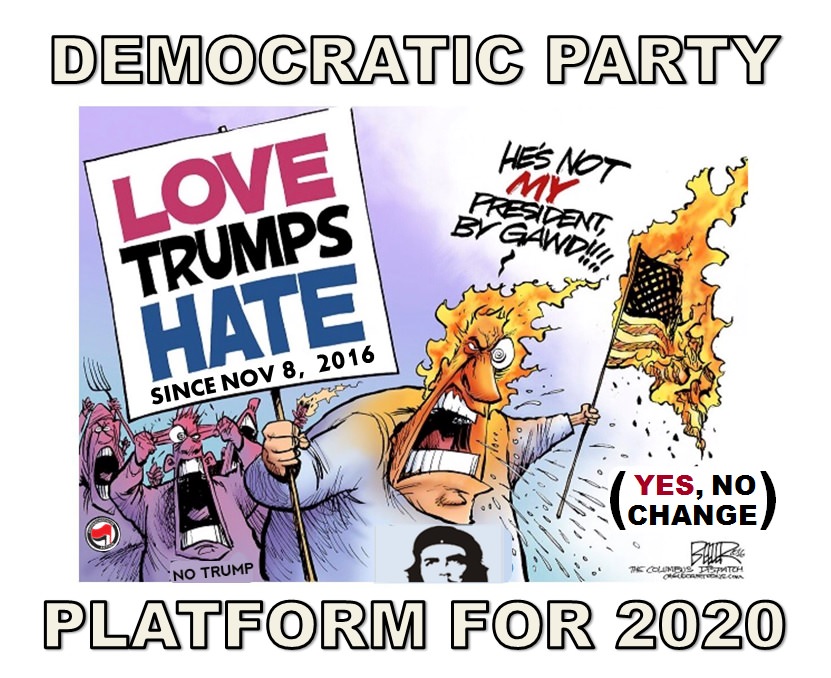 LOOK, = when you see & hear your Enemy or your Adversary shooting off their acid mouth & making a mouthy & Public ass of themselves, the LAST thing you should offer is any advice on how they should become more Good & Nice.. Show me One “Nice” Enemy in the World.. When Your Enemy or your Adversary is “Shooting Themselves in the Foot” = the Only Advice I would give them is to: “Aim Higher & Aim still Higher, until they get to the “Head” of the Problem..!!”

This 4-minute video Trump sent to KJU crushes all the “work” Deniro has done in his entire life:
https://www.youtube.com/watch?v=aYsaC2CADs0
Deniro’s product is fake.
Trump’s product is real. Unequivocally historic.
No comparison.

And, Bobby, that was just a character you played… don’t flatter yourself: 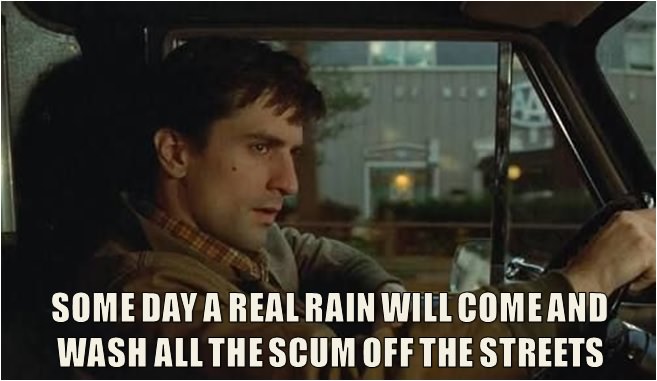 Love it and I have so much faith in President Trump, I think he is a great man I just wish my Country the UK granted him the Respect he so well deserves. As for DeNiro he is an aggressive man who has achieved nothing except wealth for himself, who cares about DeNiro, he won’t change the World’s History, only President Trump can do that. Like when President Nixon went to China who would have thought at that time it would have been possible, but he did it.

POTUS HEARS about DENIRO RANT, lol: I had to come back & drop this off (2 tweets combined). Hilarious! & this is why we love Trump > he uses humor to combat his enemies & their seething, frothing at the mouth vile: @realDonaldTrump Robert De Niro, a very Low IQ individual, has received too many shots to the head by real boxers in movies. I watched him last night and truly believe he may be “punch-drunk.” I guess he doesn’t realize the economy is the best it’s ever been with employment being at an all time high, and many companies… Read more »

Punchy needs to watch his blood pressure. His old decaying black heart might not be able to handle seeing so many deplorables winning.

I expect him to stroke out any day now.

All I know is I shall never watch any film of his in the future regardless of cinema or tv. He is so full of himself, whatever his views on the President, and surely the Office of President deserves respect. Whether or not he voted for President Trump, the fact is the majority did vote for him. I for one think President Trump has done a great job since he has been in, I just apologise that my Country, the UK could not grant him the respect his Office should have, and that is his visit should be a State… Read more »

I just don’t get it when Trump was throwing parties, every movie star celebrity, rap & rock starts go and party with Trump and they probably liked being at his parties …Now that he is President everyone hates swear they hate him

True George . . . . Very astute comment. Once it was revealed that he was to be the new POTUS, which to their minds was unimaginable–they knew the same old sorry way of doing things was coming to a close. I am thrilled that he has the backbone to not unduly bother him, other than his 3:00 am Twitter ranks. We have a better economy, for once the USA POTUS has actually met face to face with the leader from North Korea. What once looked so bleak, no we see a faint ray of sunshine. It will not make… Read more » 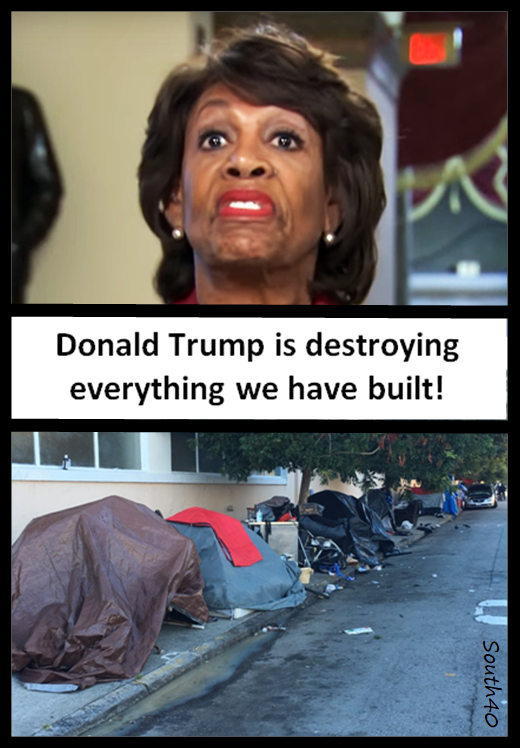