Armada from Britain & US Massing in Strait of Hormuz

Battleships, aircraft carriers, minesweepers and submarines from 25 nations are converging on the strategically important Strait of Hormuz in an unprecedented show of force as Israel and Iran move towards the brink of war.

Western leaders are convinced that Iran will retaliate to any attack by attempting to mine or blockade the shipping lane through which passes around 18 million barrels of oil every day, approximately 35 per cent of the world’s petroleum traded by sea.

A blockade would have a catastrophic effect on the fragile economies of Britain, Europe the United States and Japan, all of which rely heavily on oil and gas supplies from the Gulf.

The Strait of Hormuz is one of the world’s most congested international waterways. It is only 21 miles wide at its narrowest point and is bordered by the Iranian coast to the north and the United Arab Emirates to the south.

Posted in Barack Obama, Islam, Military, The Powers That Be

Most Transparent Administration Ever? Not Even Close! 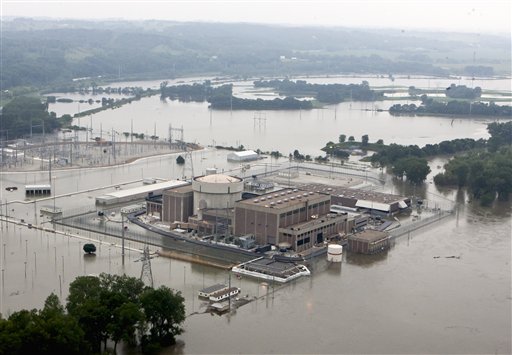 For an Update of this, go here.

On June 6th, the Federal Administration Aviation (FAA) issued a directive banning aircraft from entering the airspace within a two-mile radius of the plant.

“No pilots may operate an aircraft in the areas covered by this NOTAM,” referring to the “notice to airmen,” effective immediately.

The plant is reportedly at a stage 4 level of emergency, though the Omaha Public Power District (OPPD), which owns and operates the plant, denies this.

“This terminology is not accurate, and is not how emergencies at nuclear power plants are classified,” the OPPD says on a website created to counter rumors about the security of the Fort Calhoun plant.