What I’ve been fearing is upon us. China and Japan both claim ownership of a cluster of small islets in the East China Sea called Senkaku (by the Japanese) and Diaoyu (by the Chinese). Yesterday, China upped the ante by declaring an East China Sea Air Defense Identification Zone over the islets. Japan will not back down, and US Defense Secretary Chuck Hagel reiterated the U.S. position — (1) that the U.S. recognizes Japan as the owner of the Senkakus; and (2) that the islets are included in the U.S.-Japan Mutual Defense Treaty. In other words, the U.S. will be obliged by treaty to aid Japan should war breaks out between Japan and China over the islets. ~Dr. Eowyn

When a country’s population no longer reproduce, the proportion of senior citizens or old people increases.

That’s what’s going on in Japan. Increasing numbers of its young people are asexual. Not only are they shunning the idea of marriage and having children, as many as 1 in 4 unmarried men and women in their 30s say they have never had sex.

But demographics have economic consequences.

Old people not only don’t work, they also buy less, except for food and medicine. All this has negative implications for the country’s GDP (gross domestic product) because fewer workers and less labor reduce national economic output. At the same time, the rising number of retirees strains government’s welfare programs and the country’s pension funds that are major buyers of government bonds.
Then if you add to all this, a huge national debt of more than $13.7 trillion and growing — the world’s second-largest debt load — what you have is national suicide.

The proportion of the Japanese population over 65 years old:

Graph #1 shows steep GDP losses in those prefectures (districts) in Japan that have more older people — a harbinger of what’s in store for Japan as a country:

Graph #3 shows how Japan’s national debt will continue to mount:

Lost parakeet returned after he gave police his home address

Are you as stressed-out as I am?

Here’s a feel-good story that will make you smile.  😀

A pet parakeet that had escaped from his home was safely returned to his owner after he told police the address of his home near Tokyo.

The AFP reports (via GlobalAnimal), May 2, 2012, that Piko-chan escaped early Sunday morning from his home in the city of Sagamihara, Japan.

Piko-chan remained at large before a guest at a nearby hotel succeeded in coaxing the parakeet to perch on the human’s shoulder.  The bird was handed over to local police.

But Piko-chan did not speak until Tuesday evening when  he blurted out his home address. The stunned cops listened as the parakeet produced the home’s block,  street number, the names of the city (Sagamihara) and prefecture (Kanagawa).

His owner, 64-year-old Fumie Takahashi, once lost another parakeet after it flew away and was determined not to make the same mistake, a police spokesman explained. “So the owner decided to teach the address to this parakeet after she bought it at a pet store two years ago. ”

The police found out the name of the bird because he had said, ‘You’re pretty, Piko-chan.”

Posted on March 12, 2012 by Steve | Leave a comment
You didn’t hear of lot of outcry from the people of Japan following this tragedy. The Japanese are a pretty classy people to put this out. It’s worth viewing. I’ve never heard of another country doing this.
A ‘Thank you’ from Japan.
[youtube=https://www.youtube.com/watch_popup?v=SS-sWdAQsYg&vq=medium]
~Steve~           H/T   Grouchy
Please follow and like us:

Thank You from Japan – What a Difference a Year Makes

[youtube=https://www.youtube.com/watch?v=SS-sWdAQsYg]
Video about the eqrthquake in Japan. People from the Tohoku area are expressing their thanks to all of the international aid that has helped them.
H/T   Grouchy Fogie

HONOLULU — It could be the first official report of tsunami debris from Japan nearing Hawaii.A new report coming from a Russian ship have UH researchers changing their predictions.   Since the March 11th earthquake and tsunami, researchers have been predicting it would take about two years for the debris from Japan to hit Hawaii’s west-facing beaches. “We have a rough estimate of 5 to 20 million tons of debris coming from Japan,” said UH computer programming researcher Jan Hafner.   An average of 10 million tons of debris, the same amount released into the north Pacific basin in one year, was dislodged and set adrift in one day.
“Hawaii is just in the path,” said Hafner.
Audio and Read more: https://www.kitv.com/news/29530797/detail.html#ixzz1bfByG6jU
LTG
Please follow and like us:

Every Cloud Has a Silver Lining?

This story just has “ICK-factor” written all over it.  Nothing like predicting profits from the disaster of others. ~LTG

Published 4 August 2011
America’s western sea ports and industries like timber and oil are expected to see an increase in activity as Japan’s reconstruction efforts swing into full gear; the natural disaster leveled large portions of Japan and to rebuild the country will need to import record amounts of logs, timber, and plywood 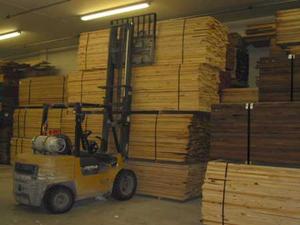 America’s western sea ports and industries like timber and oil are expected to see an increase in activity as Japan’s reconstruction efforts swing into full gear.
Ports in Washington as well as Vancouver, Canada are expected to load more timber onto vessels bound for Japan as it recovers from the $220 billion in damages that the 11 March 9.0 magnitude earthquake and tsunami caused.
According to Wood Resources International LLC., a forest-industry consulting firm, the natural disaster leveled large portions of Japan and to rebuild the country will need to import record amounts of logs, timber, and plywood.
In particular U.S. timber companies like Weyerhaeuser Co. and Rayonier Inc. are expected to see an increase in orders from Japan, a welcome trend as the U.S. housing market has continued to flounder under the weight of the recession.
“Demand will start to pick up in the second half and it will probably last for a year or two,” said Hakan Ekstrom, the president of Wood Resources International. “Weyerhaeuser, since they are a huge company and they have long, long relations with Japanese companies, will benefit.”
Weyerhaeuser is expected to benefit the most from Japanese orders compared to other U.S. logging companies as it exports Douglas fir, the type of timber used by Japanese homebuilders  Full Story Here.
~LTG

Major earthquake strikes off the northern coast of Japan

The U.S. Geological Survey said the earthquake struck at 10:57 a.m. at the epicenter, about 130 miles east of Sendai.

The earthquake was more than 20 miles deep and had a magnitude of 7.0, the USGS said.

The JMA measured the magnitude of the quake at 7.1.

Tsunami advisories were issued for the coastal regions of Iwate, Miyagi and Fukushima, the JMA said.

The areas were among the hardest hit by this year’s devastating earthquake and tsunami.

No immediate abnormalities were reported at nearby nuclear facilities, according to the semiofficial Kyodo news agency. There were no immediate reports of injuries or damage, the agency said.

Tremors from the quake were felt as far away as Tokyo.

Japan Introduces the Turdburger – Artificial Meat Made from Human Feces

I’m sorry , but this one just caught my attention.  ~Steve~

I’m sorry to have to break the news of this to you.
This is insanity beyond all belief.
You know what you flush down the toilet? Drugs, viruses, bacteria, parasites, chemicals, all those components from the meat you eat – like hormones…and from this vile mix comes artificial meat?
You are what you eat.
I’m not eating this.
I will make soup out of the grass that reseeds in my yard, but no one will make me eat this.
And when the world’s cemeteries run out of room, you can bet your backsides that cadavers will be collected and we will be eating the equivalent of “Soylent Green“.

How Peaceful Is the United States?

There’s a neat website, the Institute of Economics and Peace’s Vision of Humanity, with a map of the world which gives the Global Peace Index (GPI) of countries. The lower the numerical GPI, the more peaceful the country. It’s an interactive map because you can put your cursor on any spot on the map and see the GPI of that country.
By “peace” is meant the “absence of violence.” The GPI is derived from a composite set of 5 indicators: violent crime, homicides, incarceration rates, policing, and availability of small arms.
Of the world’s 153 countries, the 10 most peaceful countries are:

The 10 least peaceful countries are:

Although peace in the United States has been on the increase, recording an 8% improvement since 1991, our country still ranks only in the middle of the world’s countries in peace and disorder, with a GPI rank of 82 (out of 153) and a GPI score of 2.063.
Even Greece and Egypt are judged more peaceful than the U.S.! Dspite Greece’s bankruptcy and anti-austerity riots, the country has a GPI rank of 65 and a GPI score of 1.947. And in spite of Egypt’s recent massive anti-government demonstrations, the country still scored a GPI rank of 73 and a score of 2.023.
The GPI study found that societies that are highly peaceful also perform exceptionally well in other ways. The most peaceful countries also have higher per capita income, higher levels of well-being, more freedom, perform better at sustainability, and appear to have a more equitable distribution of social spending. The study also found a positive correlation between peace and a collection of other factors — including access to basic services, education, health, and opportunity to succeed.
America’s GPI score will surely worsen, as our national debt piles up even more above the present $14+ trillion, government becomes increasingly insolvent, necessitating more cuts in spending and entitlement….
On the bright side, at least you’ll know which country to move to, if you have the means to bail out of the coming maelstrom.  [bitter laugh]
CLICK HERE for the GPI website.
~Eowyn