The Swedish government tasked the Defense Research Institute (FOI), a government agency for defense research which reports to the Ministry of Defense, to conduct a study of violent extremist propaganda, which is expected to conclude in March 2019.
The Institute had already produced two reports. On November 13, 2017, the Institute published its third report — the 58-page “The white hatred: radical nationalism in digital environments,” authored by Lisa Kaati*, Magnus Sahlgren, Katie Asplund Cohen, Tim Isbister, Nazar Akrami and Eric Hartshorne, on the psychology of xenophobia and how hate messages are spread by anti-immigration “digital environments” on the Internet.

* Lisa Kaati describes herself on her LinkedIn page as a “senior” computer science researcher at FOI “Working with techniques and methods for intelligence analysis,” and a former adjunct associate professor at Sweden’s Uppsala University.

Beginning on page 28 is the report’s section on “Hate Symbols,” among which are the Nazi swastika, the contemporary Alt-Right’s Pepe the Frog, the “Okay” hand sign often used by President Trump, and milk!
Below is a screenshot of p. 32 of the Report.

Here is the English translation of what the report said about milk as a hate symbol:

“Milk reflects the idea of the white body’s perfection and refers to the genetic mutation that enables northern Europeans to tolerate milk as adults. References to milks are used, among other things, by one of America’s most virulent white supremacists, Richard Spencer, who wrote the text ‘I’m very tolerant, lactose tolerant,’ along with a symbol of a glass of milk on his Twitter profile.”

According to Speisa, a news and media website that reports on world events, with a special interest in Scandinavia and Muslim immigration in Sweden, the FOI report is “the first step to change the [Swedish] constitution, which the Swedish government wants to do to prohibit certain websites that reveal the ethnicity of convicted criminals, and to silence free speech.”
See also:

Sweden has to be ten times worse than California. Sweden is nothing but milquetoast.

Suck eggs, Sweden, then ask your grandma about milk, you dumb shits. All 3 of my children went from their mother’s milk to dairy goat milk and all 3 are exceptionally fit & healthy people. Maybe that’s what you lack: GOAT POWER! I can find a BUCK or 2 to send you, so you can start getting GOAT SMART, as clearly you are cow stooooopid, as our Dave would say, and now I will! Give it a rest you politically hyper-correct freaks, and KEEP IT TO YOURSELVES!

Thanks, joseph, for bringing up the goats! We grew up on my grandfather’s (bovine) dairy farm, but his nephew ( my cousin once-removed” ) could not tolerate cow milk, so, to help his youngest sister raise her child through this, my grandfather started raising milking goats, too, for this one nephew (b/c almost ALL people can tolerate goat milk). And, the end was, of course, he grew up to be big and strong with no health problems thereafter. Here is the irony…..my grandfather had no sons…only daughters, whom all married men who did not want to farm….but this nephew, whom… Read more » IF you think those are 2 women, that is.

Of course they are. Just like Mooch used to be First “Lady”.

Sorry, DCG, I’m still a bit of a bush bunny, so the only Williams sisters I know are these: https://www.youtube.com/watch?v=YwEdALyS79Q. But do NOT miss this splendid vocalist w/a SUPER message: https://www.youtube.com/watch?v=i6ZmC_HTlHI.
Mind you, I have heard of them as tennis pros, but that’s a sport I don’t follow. I was into Olympic gymnasts, swimming, track, archery, the handgun and later skeet shooting competitions. But hey! It’s all to the good in some way… isn’t it?

Uh-Which one is the Guy?

Same as the Obamination: that’s ALWAYS the problem!

Both.
In all seriousness, both of them look like men.
They have more testosterone than your average antifa, that’s for sure.

Sweden has “left the building”.

I’m waiting for Sweden to do a “People’s Temple” redux and declare themselves “New Spain”. They give surrender their country to the “Moors”.

And the snow, right?, mushrooms, cotton.. ?
OMG, the Freemasonry..

Everything is racist, man.
And you forgot the clouds. The white clouds, that is…
OMG that’s so racist!! I am discriminating against the black clouds!!

We need to DEMAND that the black clouds and the white clouds be made equal in amounts.

Black Clouds Lives Matter!! Down with the police brutality perpetrated by white clouds!! White clouds are racist, although color doesn’t exist, it is a social construct!!

Richard Spencer, and the Spencer family, are Bush operatives. Nothing they say has any relevance to truth.

OK by me. More milk for the milk-users. My one grandmother hated milk & milk products & did not eat/drink them for most of her life & her spine & hips literally disintegrated into fractured dust, causing her a long/painful death. You can’t swallow enough supplements or eat enough of other naturally-rich calcium foods to make up for rejecting milk/milk products…like cheese, yogert, etc….that pack a HUGE natural calcium punch. AND, it starts at a young age…. .I am as old as Methusela by now, & I’ve never had a broken bone & my teeth are great. We grew up… Read more »

I wonder if they have a problem with chocolate milk ? Probably not , being that it isn’t white .
I’m waiting for the day the song ” White Christmas ” will be considered raaaaaaaaacist by these morons .

A group of college kids actually signed a fake petition demanding that the song “White Christmas” be banned from radio stations because it’s racist.
https://www.nationalreview.com/article/428920/college-students-sign-petition-ban-song-white-christmas-because-its-racist
There’s a FB page for White Christmas is raaaaaaacist:
https://m.facebook.com/White-Christmas-Is-Racist-698542630174898/

Heck , I was just trying to be sarcastic …..Never would have thought they would sink so low as to pull this kind of crap off .
I guess the next thing would be that clouds are raaaaaaaaacist

We already heard from something called a “diversity consultant” named Anne O’Connor this week when she suggested that primary school kids be prevented from using white notebook paper because it might distress the black children in the class because it doesn’t look like them and because it’ll validate the inherent racism in all white kids.
https://therightrant.blogspot.com/2011/09/notebook-paper-accused-of-racism.html?m=1

Here’s one for ya, I wonder when the time will come when the diversity group will demand that AR-15’s be colored white . Taking absurdity to the extreme .

Even being more absurd ……..the days of the ” tighty whities ” will be considered raaaaaaacist . You can draw your own conclusions as to why !
Just a rambling thought in a ludicrous world .

I don’t even want to Google that…I’m sure they are raaaaaacist, some way, some how ?

OMG, just when you think it can’t get any more insane, there it is!

Be watching for a BLACK version of the song,probably as part of the ALL BLACK re-make of the popular Classic movie. (I don’t have a CLUE how they’ll pull THAT off,but I’m sure they’ll butcher it RIGHTEOUSLY.

I wonder if the snow will be black ?

Oh how times have changed! My dad was born in 1929 in Greenville, Texas, and lived there until he married my mom in 1952. Next to the city limits sign for Greenville was another sign that said, “Greenville, Texas – The blackest dirt, the whitest people.”! I’m not saying that was right, I’m just saying that was how it was; history can’t be changed. The world has gone from one extreme to the other. The Swedes have taken crazy to new heights.
Where is Abba when you need them? Mamma Mia!

Had to laugh….my 3-yr-old ONLY grandchild, a “mini me” redhead, knows all the “sing-along” words to ABBA’s “Dancing Queen.” This is our “family dance-along” for weekends or special events b/c of her 🙂 & this ABBA song. YOU are so right…..we can not/should NOT try to “correct” history. The old “Soviet Union” tried to do this in order to bring forth their vision of a “new world commune” & (predictably) FAILED in the extreme in about 70 years of “enforcement.”. They still haven’t found a way into comfort/prosperity today. Painful or not….you can not, and should NOT try to block… Read more »

As more Countries fall into this Horse-s**t,they lose any semblance of Credibility to the REST of the World. They’ll soon become as irrelevant as the political Loons of California and New York. 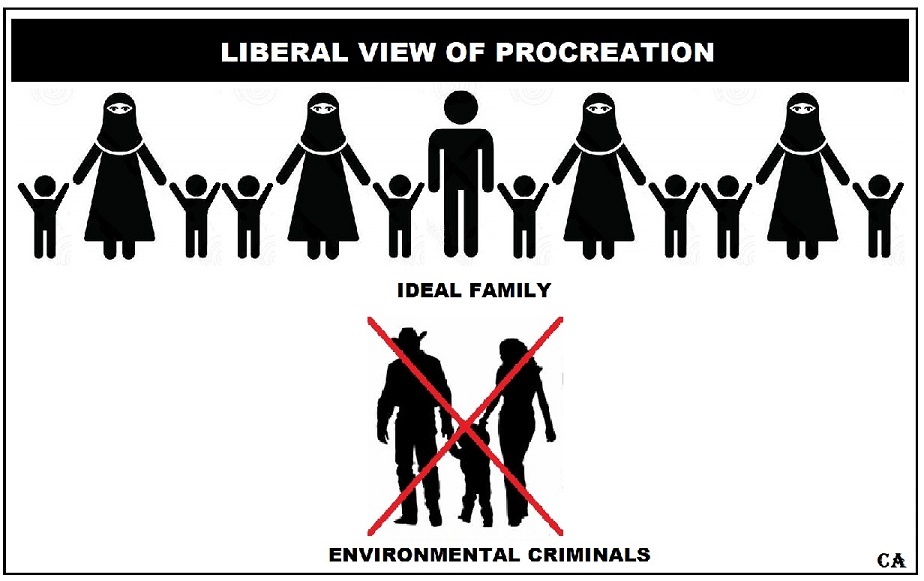 And did you all know that from the same Upsala University they are trying to tell the Swedes and the rest of the worlds that the native Viking culture actually sprang from,……wait for it, wait for it…… MUSLIMS??!!!
https://redice.tv/red-ice-tv/muslim-vikings-exposedthe-money-and-propaganda-behind-the-lie
Moral of the story, when you own the universities you can erase a culture, change history, and make Swedes think that Muslims really DO have a right to be in Sweden.

Just exactly what do they think little black babies in Africa grew up on. Chocolate milk?
I am not sure who is in charge of that country, but they are destroying a once beautiful place.

I love being white. It’s been so much fun.

Don’t forget albino people, who are killed and cut to pieces because their body parts have magic powers; they got what was coming to them! Dang, white! Disgusting! Or, or of course, people who suffer from vitiligo, especially blacks who turn white, dang! Traitors! And speaking of milk, black cows with white patches? Kill them all! Not only to they give white milk, they are trying to change their blackness into whiteness. (White cows with black patches are OK, they are going the politically correct way, no problem there!) Such racism! Such mental retardation! Lisa Kaati is in desperate need… Read more »

Is the Moon racist? It has equal amount of bright and dark phases, but NO COLOUR.

I suggest the swedes stop drinking the PC kool-aid and leave good ol’ milk alone
what’s next?…will they declare white chalk racist because it writes on a blackboard?

Real milk from real cows, and goats by the way, on real living grass and herbs give yellow milk. Cows will give very very yellow milk and goats will give light yellow milk. But in a country that used to be known for dairy cows, how sad they have no idea what real milk looks like anymore.