I’ll pass.
From Daily Mail: Students at a small liberal arts college in Central Pennsylvania are wearing white puzzle piece pins this month to raise awareness of white privilege and its impact on people of color.
The Elizabethtown College Democrats launched a project over the weekend called the ‘Personal Identity Campaign,’ which revolves around the question – ‘How does race affect my life, directly and indirectly.’
The organizers of the campaign, which officially kicked off on campus Saturday evening, say that wearing the white pin will serve as a reminder of the ‘struggles’ associated with racial identity.
Founded in 1899, Elizabethtown College has about 1,800 undergraduate students, of whom 86 per cent are white. The school’s 203-acre campus is stated in Lancaster County, where according to the latest US Census data from 2015, more than 90 per cent of the population is white.
Aileen Ida, president of the College Democrats who is spearheading the white pin campaign, tells Lancaster Online that the goal of the project is to get people to talk openly about race and white privilege.
According to Ida, who is Caucasian, all white people inherently benefit from white privilege, whether they like it or not, but few pause to think about the effect it has on their lives and the lives of minorities around them. Her organization is hoping to change that, one puzzle piece at a time.
‘People of color have to every day wake up and think about race,’ Ida told Local 21 CBS last week. ‘They have to think about how it affects their life, what they have to do for it to not negatively affect their life, and as a white person, we don’t usually have to think about that.’
Ida’s group tweeted on Tuesday that so far, 50 students, alumni and people in the community have made a pledge to wear the puzzle pins for one month.  Ida pointed out that the purpose of the pin project is not to malign white people because of the color of their skin, but rather to encourage everyone to reflect on racial identity.
According to the college Democrats’ official Facebook page, the campaign was inspired by Barb Girod, a white Lutheran pastor from Wisconsin, who made a commitment to wear a white puzzle piece pin every day for a year ‘to force herself to think about her white privilege and the impact white privilege has on people of color.’
Not everyone, however, appears to be on board with the project. Facebook user Paul Lewis slammed the campus activists as ‘crazy leftists’ and likened the pins to Nazi-era yellow ‘Jude’ stars. ‘I love being white and am proud of my Italian-American heritage…everyone should be proud of their race and embrace it,’ he wrote in a comment on the group’s page.
Another commenter pointed out that the group has chosen the puzzle piece a symbol of white privilege, even though puzzle pieces are most commonly identified with Autism awareness.
DCG
Please follow and like us:

Idiots led down a path of self-destruction by what appears to be a beluga with blonde hair. What’s new? 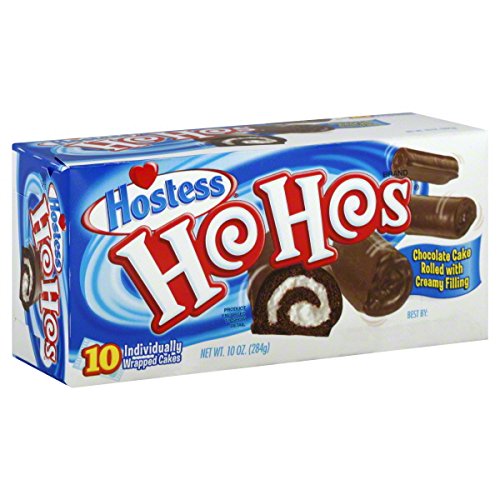 The Nazis used to force homosexuals to wear pink triangles, but brainwashed college students willingly allow themselves to be browbeaten to wear white puzzle pieces.

TY!
I had no clue till now.

Yesterday it was safety pins. Today it’s puzzles pieces. While I hate to even ask “what’s next”, what’s next?
If I may, would it be too much to ask if they could consider wearing some pride in having a JOB?

Again proof of our decadent age – if these pampered guilt-ridden narcissists had real challenges and goals in life this kind of nonsense wouldn’t even cross their radar. There are real issues that need to be addressed today: abortion and the pizzagate scandal come to mind. But like Nero of old, these idiots are fiddling while Rome, or in this case the West, is burning.

She must be so proud:

The NAZIs made the Jews wear the Star of David on their clothing.
I smell a connection.

All these college stories remind me of a line from ” The Godfather “…….
Sonny saying to Michael : ” What did you do , go to college to get stupid ” ?
As to Aileen , she has a struggle alright , trying to avoid breaking the weight scale at her doctors office when she goes in for her physical fat-ness check -up .

Ignorance on a galactic scale…

IF I still had children in college and found out that they were wearing one of these freaking pins or were whining about this white privilege crap they would have to start footing their own college bills as I would quit supporting them wasting my money doing this instead of studying!

David . . . I think I love you! You remind me of a dear Father, who is now gone. I don’t know how but somehow all four of us kids got the idea that in Our Old Man’s house, we toed the line, and did not misstep–since he was the one out there working to pay the bills. It would have been extremely vexatious, and down right rude to act up in the manner we see today. I am left wondering “exactly how much of an education do todays young people get, if they are spending all their time… Read more »

Excellent article, TY!
‘Bookmarked’
Although….i have them bookmarked already prior to this article, it is thus bookmarked again! LOL!
Funny how it mentions where did your family come from/language….mine was not English speaking to much but learned.

Am I privileged today and do I feel privileged to have a comfortable life? You bet I do! But it hasn’t got one thing to do with race. My white great grandparents were dirt poor and struggled as farmers for a living. My grandparents did the same. My parents continued to work hard to pull themselves up and taught me the work ethic to do the same. To apologize for any success I have building on the hard work of the family foundation laid before me would be an insult to that family. So, yes, I’m enjoying my comfortable middle… Read more »

Article states Miss Beluga is SPEARHEADING this campaign. Sounds racisss to me.

Color me stupid but what’s with white folks “dissing” white folks? Did they NOT look in the mirror?
Is everyone, all of a sudden, some other “race” or color?
Has “clinical insanity” become the new “norm” ??? (rhetorical question, of course)…

They get lots of progressive “cred” and virtue signaling by dividing everyone up into groups and then crapping on their own (bonus points for the more “privileged” combinations– e.g., white, male, Christian/Jewish, etc.– they can disrespect that way) to show how left/libtarded they are.

So…can we now add “flamers” as a suffix to their titles; i.e., white “flamer” or black “flamer”, liberal “flamer”, etc.?
I mean, if we’re going to go along with all this division crap, we may as well add titles, proper titles, to them, right? RIGHT?

Paul Lewis slammed the campus activists as ‘crazy leftists’ and likened the pins to Nazi-era yellow ‘Jude’ stars. ‘I love being white and am proud of my Italian-American heritage…everyone should be proud of their race and embrace it,’ he wrote in a comment on the group’s page. Italian American….. European! That is one of the problems that I have watched over the years is the disconnection of European Americans to their ancestral roots and now it is all ‘white washed’ pun intended by others. He is correct on the ‘Jude’ stars. Very good point and if I were him I… Read more »

In short, from political correctness:

I think those that oppose these fascists should wear the yellow star with the word Jude on it. Maybe they can be shamed, but I doubt it.

Imagine my disappointment. I thought the title of this entry said White Pizza Privilege. Didn’t realize what it really said until I put my glasses on.
And what’s up with that Black Labs Matter movement? What about Yellow Labs? And Chocolate Labs? Don’t they matter?
Never mind. Gotta go adjust my tin hat.

Hand being slapped to the forehead whole rolling eyes,here. This nobody twit wanting to be a somebody twit does not speak for me or represent me in any way, shape or form. I was born white, big deal get over it. I will not be shamed or bullied into feeling bad for who I am or how I was born. Maybe she is a trust fund baby, and wants to be relevant, but my whole family worked their rears off to succeed and become decent middle class folks that served their country. We also served in our communities. Something many… Read more »

I’m impressed (NOT) that they take “White Privilege” so lightly they have to wear a White Pin to “REMIND” them of it. Or,MAYBE,it’s only an issue because THEY MAKE it an issue.

Well just when you thought it couldn’t get crazier….. from conservative tribune University Unveils Workshop on White People’s Bodily Fluid… We’re Not Joking… The sane part of America is constantly astounded by the out-of-touch intelligentsia that preside over most college campuses, and liberal colleges keep delivering more news at which to be astounded. The University of Cincinnati is holding a series of workshops intended to boost inclusiveness on campus, including one workshop on “white fragility” and “white tears.” The official title of the workshop, which is to take place April 3, according to the university, is “White Fragility, White Tears,… Read more »

International Journal of Critical Pedagogy
https://libjournal.uncg.edu/ijcp/article/viewFile/249/116
If you read this….you will see the assumption that somehow ‘all whites’ live in a bubble, are not mixed, don’t have family, friends, neighbors,boss’s, coworkers….of anyone else but other whites.
I don’t know where they live but it sure isn’t where I’m from and doesn’t describe my life one iota….
They might have ‘white privileged’ and live in a bubble but they are asinine to assume everyone else lives in this little perfect bubble!