Stuck on a taxpayer escalator: Seattle transit agency discovers out-of-order escalators may be used as stairs

You CANNOT make this stuff up…
From MyNorthwest.com: When the escalators at the University of Washington light rail station go down there’s only one solution. Make everyone stand in line and wait for the elevator.
That was the case March 16, when both down escalators leading to the station platform were out of order. One person tweeted it was taking 20 minutes or more simply to get to the platform.
Sound Transit studied the problem and came up with a possible solution: use the escalators as stairs.
By the end of April, the agency will have finished evaluating the use of escalators at the UW station as stairs. According to a presentation given to the Sound Transit Board of Directors, escalators could only be used as stairs if:

The station does not have public stairs from the mezzanine. The only public stairs are those that lead from the surface to the mezzanine. There are emergency stairs, however. Sound Transit is considering using those stairs in the event the escalators are down.
The escalators down to the 95-foot-deep UW station platform are long. Probably why the agency doesn’t want to let the public walk them unsupervised.
There is no Revised Code of Washington or Washington Administrative Code provisions that prohibit the use of escalators as stairs. The American Society of Mechanical Engineers code directive suggests they are never used as stairs by the public. Labor and Industries recommend escalator steps are not the “correct height for normal walking” and “should not be used as stairs.”
Of course, there’s a permanent solution to Sound Transit’s conveyance debacle. That is by installing escalators that work all the time, the Sound Transit Board was told on April 5. “That may not be achievable,” the board was told.
However, the most recent performance analysis of the escalators are encouraging, the board was told. Since February 2017, escalator availability shot above 95 percent — at twice the cost to maintain as the agency’s other escalators.
DCG

We must be the laughing stock of the world. 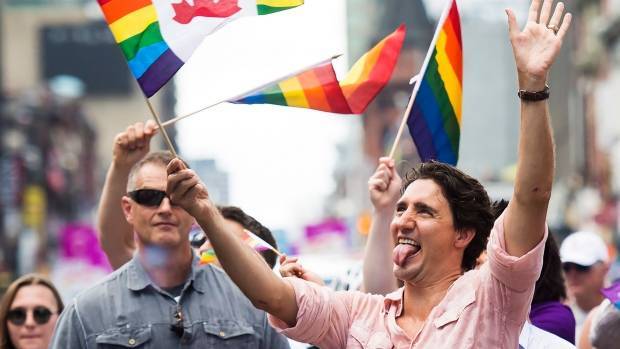 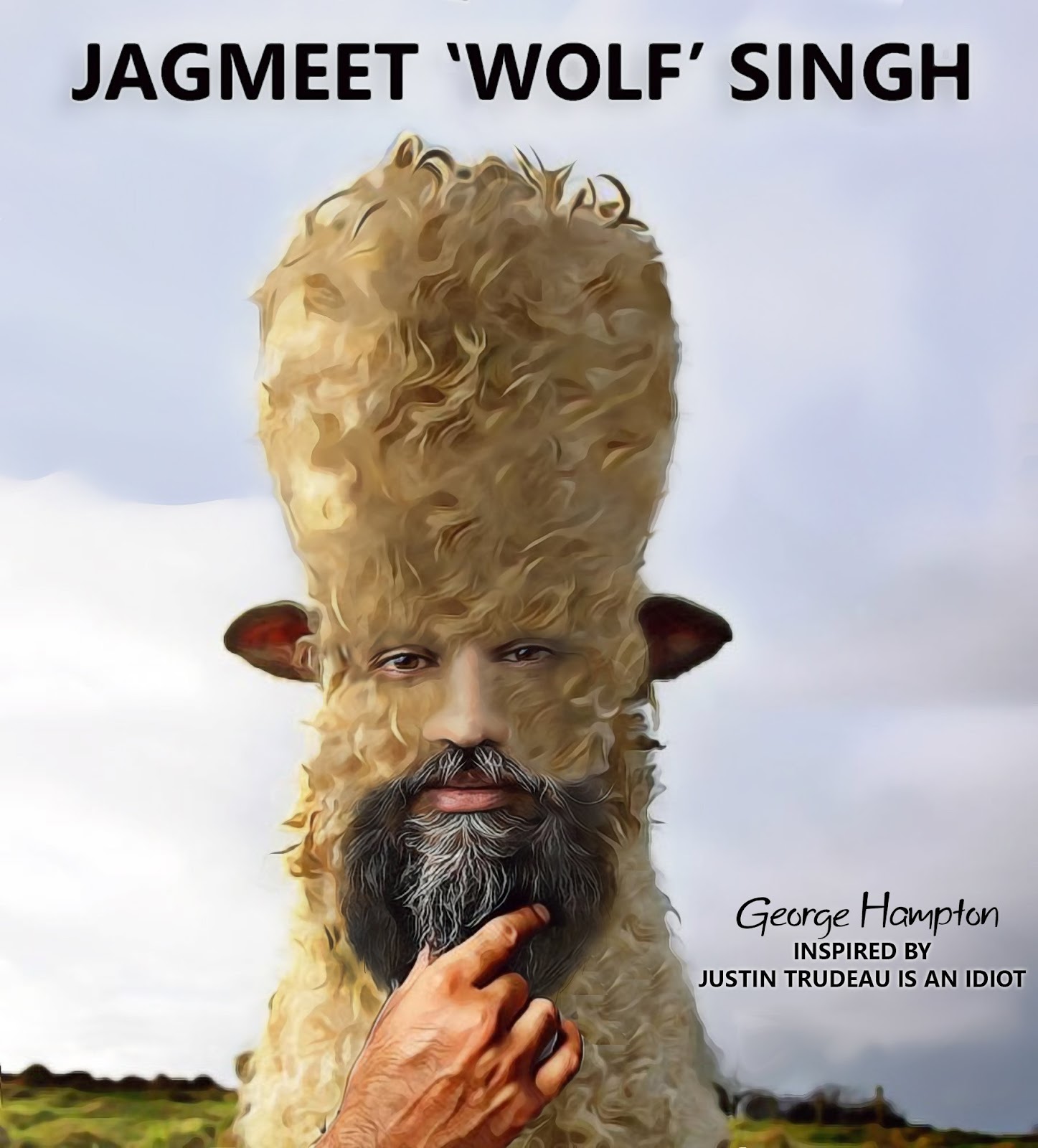 Kind of reminds me of the Cheshire Cat!

No—this one. There’s just something WEIRD about the guy’s look! (Although the cat with the assault rifle is a HOOT!)

After a study, evaluation and conclusion, fixing the escalators would be beneficial to the public which in turn surely would have ESCALATED the officials pockets ($$$$$) and decreased” the taxpayers income.

Actually escalators are an order of magnitude more dangerous than elevators. My wife fell backwards on a downward one at the largest mall in Orange County, Ca. Wound up at the base of the escalator with its “steps” hitting her head as they moved by. Three women pulled her to safety while two men watched. No serious injury. Now we take the elevator. No lawyer would take the case.

Hello, I’m from the government. I’m here to help you. And I will, too, just as soon as I can find my own ass using both hands.
~ D-FensDogG
Ferret-Faced Fascist Friends

Seattle Transit: Can out of order escalators be used as stairs? True George: No s**t Sherlock…..

I wouldn’t want anyone hurt. Maybe they should just stand there until they starve.

Some 35 years ago, an escalator on the E line at 53 St. & Lexington Avenue was out of order. It took over three years and $3.5 million to fix. An entrance ramp of about 800 feet long from the northern end of the UN on First Avenue was opened back in the ’90s, and it only took twelve years to build. A construction crew has been working on the detailing of the elevated viaduct surrounding Grand Central Station, and the length of it is only about 1,100 feet, all around, for over five years now, and they’re nowhere near… Read more »

Bad stop at Lex and 53rd. The lowest, IRT express platforms at Lex and 59th are at least three levels down and have to go as deep as the escalators at the University of Washington. I used to get on there going to GCT, and once in a while the escalators would be out and used as stairs. At least New Yorkers paid no attention and didn’t have a snowflake meltdown. Good luck with the car.

Yeah, you could have been a public serpent and had all you could steal plus valuable prizes.

You could have been a public “serpent”……. Was that a Freudian slip or deliberate? Either way, a fitting description of the reptiles that seem to inhabit our government.

As Benjamin once said were born ignorant but some of us must really work hard at being stupid. They have received the “STUPID THINKING AWARD” of the year.

The truly frightening part is that people like these don’t even see how ridiculous they are. They will likely commission a study that costs twice what new escalators cost. Then they’ll probably replace them with a tunnel and a bike lane.

A study to determine they need a study…

I always walk up and down escalators even when they work because they take too long. I don’t like moving in slow motion. I also don’t like feeling that you are part of a herd of cattle being moved along the conveyor belt. Pretty much the same with elevators.

Me too! I also walk on moving escalators and flat conveyor belts in airports because they move too slowly for me.

Never ceases to amaze me how many feel comfortable being in a herd!
Moooooooooh.

Yeah. Crowds make me nervous. Whenever I see one forming I veer off. The last place I want to die is in the middle of a herd of sheep staring at passing trains.

Europeans use escalators the way they’re supposed to be used. If someone is going to stand on a step, they’re supposed to stay on the right, so if somebody wants to walk up/down the escalator, they can pass on the left.
(With the millions of middle eastern invaders in Europe today, I don’t know if that’s still true)

I suspect they’ll squat on the steps and poop in the cracks.

In the Southern Hemisphere, up escalators go down and down escalatots go up.

Oh, so you ride them backward?

Food, water, mattresses, and pillows must be provided until the escalators are repaired.

SO-They won’t need the “Escalator Rescue Squad” to rescue people when the escalator stops? Good deal-they can re-train ’em to rescue people who get trapped in stores when the power goes out and the “Handicap button” doors won’t spring open automatically.

One of my cherished memories of early childhood follows. When I was 3 or 4 years old I was getting pretty good at reading. One day Mom took me along shopping at the department store. So we were just standing around by the escalators, and there right at my preschool eye level was this red button. Even though my intellectual mind knew the label said “STOP”, functionally that button was screaming out to a four year old me “PUSH ME!!!!”. And so I did. I can STILL see the old ladies riding up the escalator quickly coasting to a halt.… Read more »