Shannon Watts hardest hit.
From Fox News: Laws allowing concealed guns on college campuses took effect Saturday in several states, including Georgia and Kansas. In Tennessee, concealed guns may now be carried in a broader range of public buildings and bus stations. And in Iowa, permit holders are now able to carry concealed guns in the Capitol.
Jennifer Baker, a spokeswoman for the National Rifle Association Institute of Legislative Action, described 2017 as another “successful year for gun rights.”
The new laws continue a pattern of the expansion of gun rights in GOP-controlled states.
The firearms policies are among scores of laws that took effect Saturday, along with the start of the new fiscal year in many states. Some of those laws continue a recent trend of states taking the initiative to fix aging roads and address the drug overdose epidemic.
The gun laws reflect divided public preferences, highlighted by a recent Pew survey that found people nearly evenly split on whether gun control or gun rights were more important.
In Kansas, college students expressed mixed feelings about the new law. “A couple of my friends decided that they were going to go somewhere else, because it kind of freaked them out,” Elena Mendoza, who will start school at Johnson County Community College in the fall, was quoted as telling the Kansas City Star. “Most of us were like, if someone has access to a weapon, they can use it either way.”
Chris Gray, a Johnson County Community College spokesman, said that some students are concerned about the impact of the law. “Generally speaking, people do feel very safe and always have here on campus,” Gray told the Star. “There is that fear of the unknown. What is going to happen?” Gray said.
Johnson County Community College student Nick Serum, 20, believes the law will make the campus more secure. “Does it make me feel safer? I’d say yes,” Serum said to the Star.
Cale Ostby, 27, a Wichita State University student, said that many people in Kansas have concealed guns, and that the concept is nothing new. “It’s insane that I can carry everywhere else except school,” Ostby said.
A voter-approved gun-control initiative prohibiting people from possessing ammunition magazines capable of holding more than 10 bullets was to go into effect Saturday in California. But it was blocked by a federal judge, who said it would have made criminals out of thousands of otherwise law-abiding citizens who own the magazines. A similar law passed by the Democratic-dominated Legislature also is subject to the preliminary injunction.
For decades, the National Rifle Association pushed for state laws allowing people to carry concealed guns with permits. Having succeeded nationwide, gun-rights advocates now are gradually expanding where those weapons can be taken. Yet even some of the new laws contain exceptions.
Georgia’s law allows people with concealed handgun permits to take their weapons into classrooms but not dormitories, and college sports fans can pack weapons while tailgating but not inside stadiums.
A Tennessee law allowing guns in many local public buildings, bus stations and parks can be voided if authorities instead opt to install metal detectors staffed by security guards.
Concealed guns are now allowed at college campuses in Kansas as a result of a 2013 law that applies to public buildings lacking heightened security such as metal detectors and guards. A four-year exemption for universities expired Saturday. But in a setback for the NRA, a law that Republican Gov. Sam Brownback is allowing to take effect without his signature will make permanent a similar exemption for public hospitals and mental health centers.
In Iowa, the new law allowing permit holders to carry concealed guns in the Capital prompted the state Supreme Court to ban weapons in all courthouses statewide.
Gun rights advocates lauded the laws expanding the circumstances in which people may carry an arm.
Advocates for greater gun regulations also are pleased with the results. On Thursday, Democratic-led Hawaii became the third state to enact a law requiring notification to law enforcement when people prohibited from owning guns try to obtain them anyway.
“This was an excellent year for killing bad gun-lobby bills,” said Shannon Watts, the founder of Moms Demand Action for Gun Sense in America. “The bills that the gun lobby did get through, in many cases, we helped to water those down.”
Read the rest of the story here.
DCG

Praise the Lord! Maybe “We the People” are finally taking our country back.
https://www.amazon.com/photos/share/2t0UMOUeIzBlCrZE9Qs3TeIrSRr8VhIpWMrdgFhF0EY

These are supposed to be schools aren’t they? Why are they not teaching the Constitution, and the true relevance and intent of every one of its enumerated rights, and the restrictions placed on government authority.
Perhaps it could set their hindered minds at ease, even embolden them against the true tyrannies we all now endure, and set the true citizens on a common course of benefit for all.

LOL some genius Latina whose ancestors never knew freedom has weighed in on the subject. Quote her, pronto! Especially as she’s a budding community college scholar….
I’m going to look up this Chris Gray character, too. His surname Gay might have been misspelled.

There he is. Chris Gay, the man, the legend: 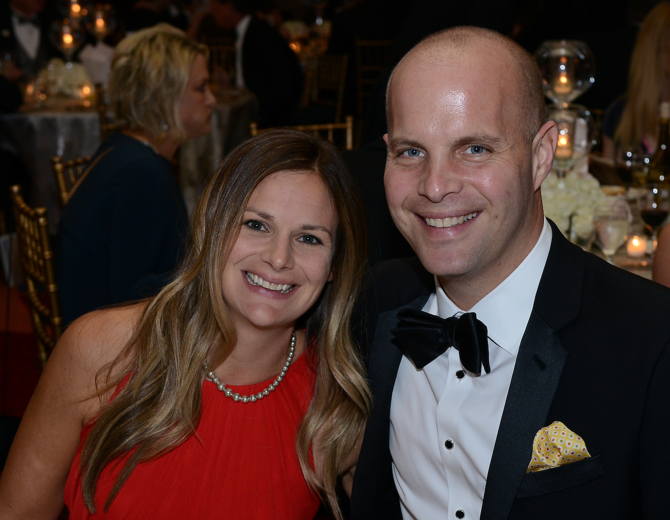 Ostensibly he’s portrayed here with his wife, “Ally Gray”, but judging by her looks, she could also be his sister. Or both.
Regardless, I think it’s wise to adopt a policy of never trusting a man who who shaves his head. Go ahead, name one man who shaved his head that you would trust with your children.

That has to be his sister. They’re identical, but for the hair.

On his Twitter account @chrisgraykc he retweets the Huffington Post. Shocker!
(further down his Twitter)… and Buzzfeed…. and Mashable… And the hashtag #inclusion….
Plus he denigrate Fox news…but supports “sustainable” this or that.
Verdict: possible downlow pedophile, and definitely an emasculated leftist oxygen hog

“A couple of my friends decided that they were going to go somewhere else, because it kind of freaked them out,” Elena Mendoza, who will start school at Johnson County Community College in the fall, was quoted as telling the Kansas City Star. “Most of us were like, if someone has access to a weapon, they can use it either way.” She makes a valid point. Generally,though,if someone jumps through all the hoops and endures all the paperwork and the background check to own and concealed-carry a gun legally,the LAST thing they’d do is use it for an illicit purpose-with… Read more »

Um….. No they don’t. You can’t give back what you had no right to take away in the first place.

It’s about damn time, too.

Generally, this is good. I’m afraid I have to say, however, that I deeply resent any discussion that talks of “allowing” anyone to do anything with a weapon. We have a RIGHT to be armed. We don’t need permission.
Still, that said, I suppose its a victory of sorts. Frankly, a gun is like a hammer. It’s a tool until you misuse it. If you do, address the misuse, not the tool.