This is how much I care about “ethics”

#ReleaseTheMemo!
From CNN: Former FBI Director James Comey will teach a course on ethical leadership at William and Mary beginning in the fall, according to an article on the Virginia college’s website.
The course will meet primarily at the college’s Washington, DC, center and once at the campus in Williamsburg, Virginia. Comey will co-teach the course with Drew Stelljes, executive assistant professor of education and assistant vice president for student leadership, in fall 2018 and spring and summer 2019.
Comey, who graduated from the college in 1982, told the school he is “thrilled” at the chance to teach this course.
“Ethical leaders lead by seeing above the short term, above the urgent or the partisan, and with a higher loyalty to lasting values, most importantly the truth,” Comey says in the article. “Building and maintaining that kind of leadership, in both the private sector and government, is the challenge of our time.”
William and Mary’s president, Taylor Reveley, said in statement quoted in the article that Comey has been “deeply committed” to the college over the years.
“He understands to the core of his being that our leaders must have an abiding commitment to ethical behavior and sacrificial service if we are to have good government.”
Comey led the FBI from 2013 until last year, when he was fired by President Donald Trump. Comey, as director, oversaw the investigation into whether Trump campaign members colluded with Russians who hacked the 2016 election.
See also:

If I had not seen this myself . . . I wouldn’t believe it! Comey is the last person on Earth who should be teaching an “ethics” class to anyone. He is about as dishonest, criminally minded an individual as they come. In response to his teaching this class, I would hope that he is arrested and charged for the crimes he has committed . . . therefore it would negate in the minds of his students anything he “taught them.”

“omey is the last person on Earth who should be teaching an “ethics” class to anyone. ” Well,not theLAST-there’s a fair sized list of others,but he sure isn’t on MY list of choices. Actually,I’m not sure there’s ANYBODY I’d choose to teach a class on that. There are several out there I’d consider,but you can’t judge the depth of someones Ethics until they’re in a no-win situation with their life on the line-THAT’S where we find out if they’d do the RIGHT thing or the thing that’d save their life. Unfortunately that test would take the life of the winner,and… Read more »

What an example of low standards.

Will Comey be distance-teaching his class from jail?

…or do the students get a Field Trip out of this?

I hear classes will be held at their “Kansas Extension”. Doody can be identified as the one making gravel from boulders.

Very Interesting = A Criminal that Knows how it’s Done = teaching Others how Not to get Caught at it..!!!

Howdy-Doody can teach a class on psychopathy. He’s a guy that wants you to believe that he believes his own B.S.. He’s oh so “honest” don’t ya’ know? IF you threw him in a sty this guy would make the rest of the swine dirty. 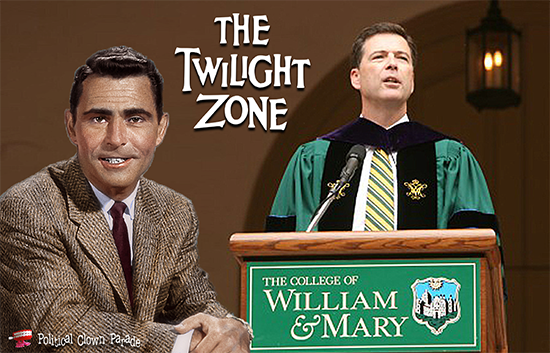 Strap this guy to a polygraph and watch the meter explode.

Turns out most polygraph tests are useless, since so many criminals [Comey] are psychopaths, and psychopaths (being pathological liars) can easily beat the test.
Source –
https://liedetectors-uk.com/can-a-psychopath-or-a-pathological-liar-pass-a-polygraph-test/

Yeah I know. It was a joke.

Amos would have beat him to death with his crook. “Fatted cows of Basham…”. This guy is a self-righteous lunatic.

Looks like he draws quite a following from the comments.

If I were a student there, I’d audit the class (meaning you just attend the class without getting tested or a grade), and record his lectures for all the world to hear. And on the last class, grill Comey on his role in covering up so many crimes. It’s not like he’ll have security there to immediately escort a student out.

I’m sure he’d just declare himself to be free of all sin and, poof, in a blinding flash of light, he’d be raptured right out of there.

Lol…I do see the resemblance. Do you think they were separated at birth? 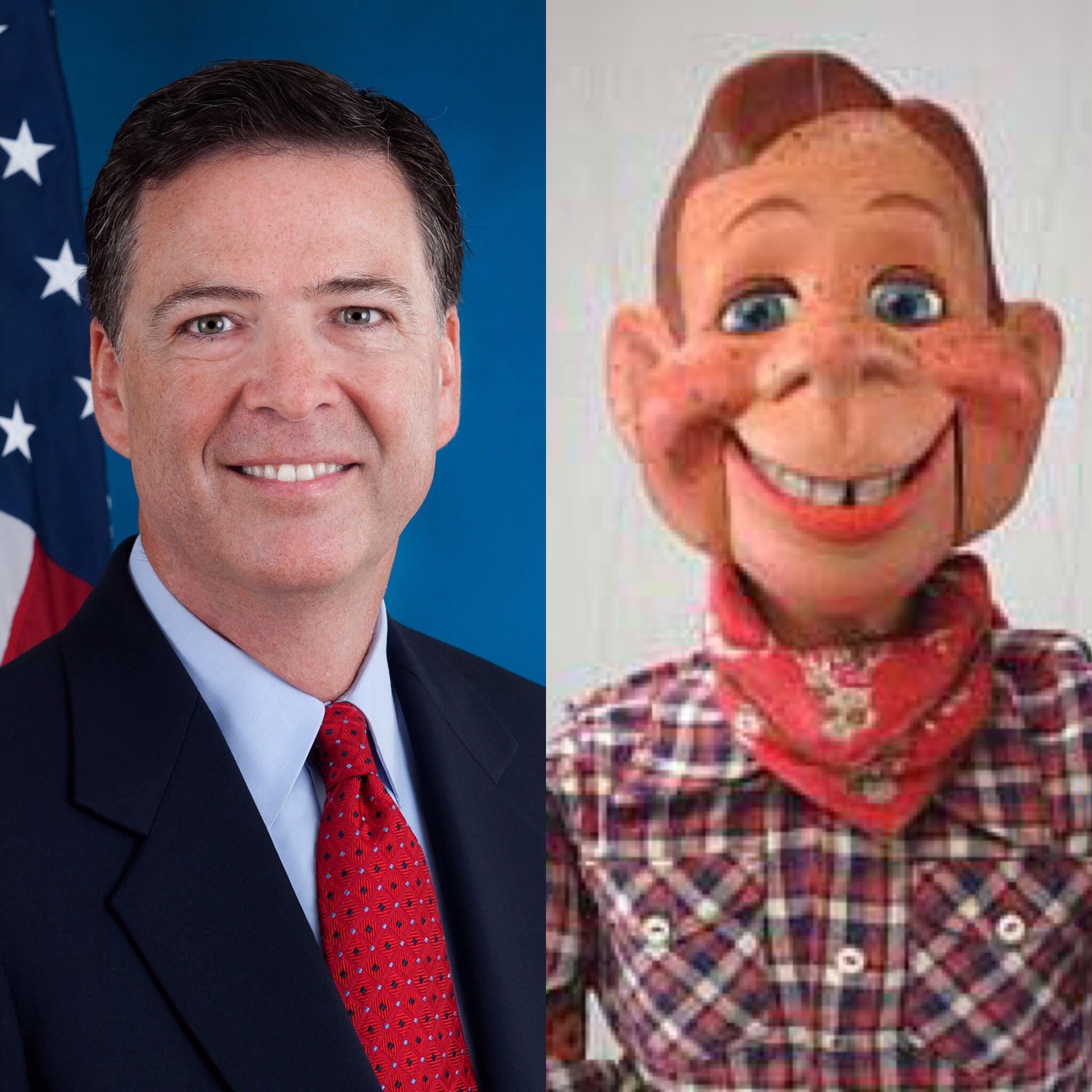 Maybe killary could warm the crowd up for him.

When does Buba Clinton teach the new virginity and womanly virtues class?

So Leavenworth has an academic program now.

LAURA LOOMER Absolutely Owns LEAKER James Comey At BOOK SIGNING Event! Tells Him He Is “GOING TO GET LOCKED UP” For His Seditious Deeds! – The PATRIOTIC PERSPECTIVE