I bet he said that without any sense of irony.

From Fox News: Bill Clinton spokesperson-turned ABC News anchor George Stephanopoulos has been called out for hypocrisy after a combative interview with press secretary Sarah Sanders on Tuesday, when the “Good Morning America” star accused President Trump of always siding with men when it comes to sexual misconduct claims.

“It is absolutely amazing that Stephanopoulos has the gall to say it seems like President Trump is always siding with the men when it comes to accusations of sexual impropriety and sexual assault given his work in the Clinton administration,” conservative strategist Chris Barron told Fox News.

The interview started off with a series of questions about Deputy Attorney General Rod Rosenstein before the conversation shifted to the ongoing sexual misconduct allegations against Supreme Court nominee Brett Kavanaugh.

“The president consistently, every single time, takes the side of the man,” Stephanopoulos said.

Sanders fired back, “It’s interesting that you say that. It’s a lot of Democrats that like to ignore Keith Ellison and Cory Booker. They love to fight and champion women until they disagree with them.”

“A number of other Democrats should have the same type of scrutiny,” Sanders said, before Stephanopoulos interrupted, “Every single time, the president has taken the side of the man against women accusers.”

Sanders said that Trump knows Brett Kavanaugh and has heard his story, explaining that there hasn’t been a “shred of evidence” to back up claims made against the Supreme Court nominee — but the “GMA” star quickly changed the subject.

“Maybe ABC should have found someone with a little more credibility around this issue to ask these questions,” Barron said. “Factually, Stephanopoulos is also flat wrong. President Trump has been a high-profile defender of women like Juanita Broaddrick who were victimized by President Clinton and demonized by the main stream media.”

Depends on who is paying y0u. In past posts elsewhere, we know that Short George is being paid by the democratic party – who in turn is getting money from Soros.

George is like 4′ tall on a good day. I always suspect that his shoes have curled up toes and bells like elves wear. He should get some of those platform shoes like Elton John wore back in the 70s. He clearly suffers from “little man” syndrome.

Do they even have an inkling of how stupid they sound? Like 2 dumb hounds barking at a passing 18 wheeler.

Wow, simply being associated with Slick Willy is an indictment in itself. Lecherous old slime ball. I’m sick of looking at him. When’s he going to go play Canasta with Mc Stain and Babs Olsen? 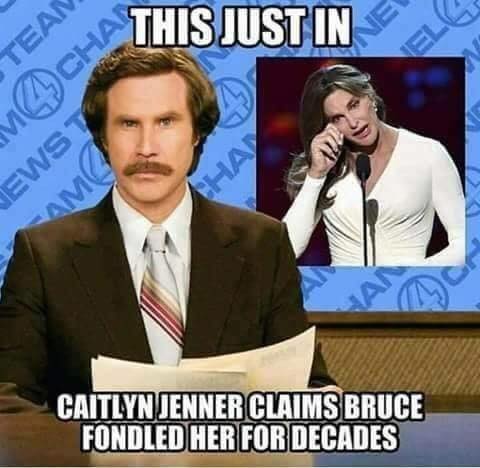 Wow. If it weren’t for Web Hubble, with all this incest, Chelsea would have a third eye in the middle of her forehead.

Whereas Stephanopoulos only sides with Bill Clinton.