Thanks to our dear friend and frequent commenter, JosephBC69, I remembered a conversation with Charlotte Iserbyt about the  Soviet informer and KGB propagandist, Yuri Bezmenov, who defected to Canada in 1970 and embarked on a campaign to educate people in the West about the true nature and methods of Soviet Communism.  According to Wikipedia, he wrote and lectured extensively under the name Tomas David Schuman.

The Pravda article and Joseph’s comment are here.
Points to ponder after watching the video:
In 1960 during the height of the Cold War, Stanley Ann Dunham met British citizen from Kenya, Barack Obama, Sr. at the University of Hawaii.  Both were enrolled in a class to learn Russian.
The Dunham family’s close friend and Obama’s mentor during his teens, was avowed communist, Frank Marshall Davis.
Obama Senior attended several institutions of higher learnind during his checkered career.  Taking classes in Russian in 1960 suggests an  intent to attend Patrice Lumumba University, newly founded in 1960.
According to an fascinating old article at the Baltimore Sun, “Moscow’s academic nightmare University in decline: Patrice Lumumba University once was one of the jewels of Moscow”
“MOSCOW — In the old days, the typical student at Patrice Lumumba University would be a young African, someone who could hope to become his country’s first native-born doctor or engineer after graduation. The new graduate would be expected to take communism home with him and preach of its glories.
Patrice Lumumba University — alma mater of the terrorist “Carlos” and of hundreds of men and women who are government officials throughout the Third World — now is a cheap and not so choosy institution. A mathematics professor despondent over the school’s decline describes it as where “the best of the world’s worst students” come for an easy degree.”
This Baltimore Sun article is longish; but, well worth the read, if only to speculate which current World Leaders attended in it’s heyday.  Africa is a major player in Agenda 21, supporting all the initiatives to redistribute the wealth of the West to their own corrupt governments.

And then there is what Tom Fife, a U.S. government contractor, claims.
During the 2008 presidential campaign. Fife wrote that in 1992 while he was visiting Moscow, a woman with undying allegiance to Soviet Communism (the Soviet Union had recently collapsed, on December 31, 1991) told him that a black man named Barack, born of a white American woman and an African male, was being groomed by communists to be, and would be elected, President of the United States.
https://fellowshipofminds.wordpress.com/2010/05/24/obama-a-sleeper-agent-for-world-communism/

As I wrote yesterday in a related posting here: “The writer above sounds much the same as Herr Dr Gratsch did, one who writes w/o illusions. Between what I learned from Dr Gratsch and from my father, who fled at age 22 from the Italian fascists, I was thoroughly wary of any and all Communist promises, predictions, and fantasies. The folks here at TFOTM know how much I loathe creeps such as the Obamamama and others of his ilk, which I made clear from the get-go. NOTHING comes out of Chicago as he did, held up as a wondrous ‘dark… Read more »

I watched this video, and it wrecked my morning!
So much for trying to live in denial for a day.
~TD

TD, living in denial is almost never a good idea or useful, unless it’s a ‘fight or flight’ reaction that saves one’s carcass to fight another day. I understand that when reality raises its ugly head it’s sometimes the same as seeing T rex rear up in front of us: ‘Now I’m having a really bad day!’ But refusal to see what is front of us may be fatal, which is surely the least useful of alternative choices.

josephbc69, your message challenged me to re-watch the video today, 5+ years after my comment. Things look different now. Now that so many things look different, armed with faith instead of denial, our enemies don’t look to big. This man gives quite an unveiling of things. (it also helps that Obama and Hillary are out of power)

Yo, Trail Dust!
Ye wouldna be from Trail, BC, would ye? I lived for nearly 20 yrs in the Slocan Valley, near Winlaw [as if anyone except those who live there know where THAT is!], and did a fair bit of design & work in Trail/Rossland. Anyhow, ‘Chimo!’ from one Canuck to another! I’m vegetating in Victoria, BC these days….

Hey josephbc69,
Sorry to say, no, I’m a Yank from Massachusetts. I was joking about another time zone to get to “Happy Hour” a little sooner. You’ve got a beautiful country; I’ve only been to parts of Quebec, but always loved it.
Best,
TD

OK, got it, and understandable re the ‘trail dust’. I’m pretty sure there’s been many a day when it followed me all the way!!

Well Joseph, it looks like you don’t get off Scott free: 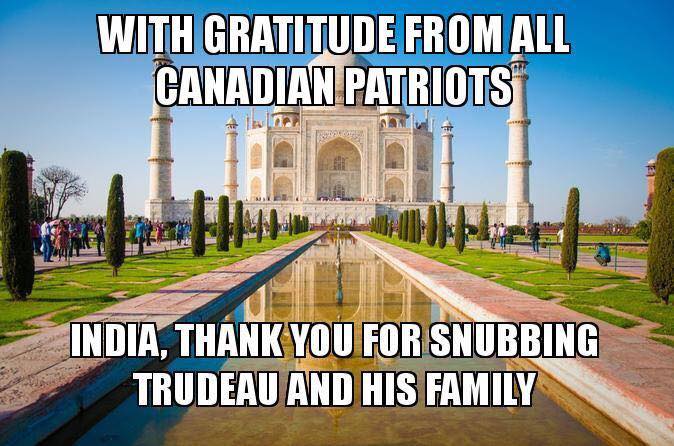