Signs of resistance against the Left in 2015 elections

Elections held in some parts of the Untied [sic] States yesterday (Nov. 3, 2015) show signs of resistance against the Left’s agenda.

Republican Matt Bevin, a self-funding investment manager, easily won Kentucky’s governorship against Democrat Jack Conway (53% vs. 44%) as the GOP made major inroads in a state that had stubbornly resisted the party at the state level. Bevin’s win, only the second time in 48 years that Republicans have won the Kentucky governor’s race, now throws into doubt the future of KyNect, the state’s Obamacare exchange, and Medicaid expansion in the state. (Politico)
With Bevin’s victory, Republicans are now set to control 32 governorships, compared to Democrats’ 17, down from 29 in 2008.

Kentucky also elected a black Republican, Jenean Hampton, as the state’s lieutenant governor. Hampton is a retired Air Force captain and the first African American elected to statewide office ever in the state’s history.  Both Bevin and Hampton are Tea Party activists who have never held elective office. (National Review)

Republicans held onto their 2-seat majority in the state Senate, with an overwhelming majority in the state House, despite aggressive campaigning by Democrat Gov. Terry McAuliffe, a close ally of Hillary Clinton, and big donations from NY billionaire Michael Bloomberg on a promise of gun control.
This means a huge defeat for not just Democrats, but also for gun control, in Virginia. (Breitbart)

An LGBT equal rights ordinance failed by a wide margin in Houston, despite drawing national attention and a comment from the Obama White House, as well as support from the city’s lesbian Democrat mayor Annise Parker. (Chron)

Voters rejected 65% vs. 35% a ballot proposal to legalize both recreational and medical marijuana in a single stroke — a vote-getting strategy that was being watched as a potential test case for the nation.
Failure of the proposed state constitutional amendment followed an expensive campaign. It was the only marijuana legalization question on the 2015 statewide ballots. (AP)

Portland voters rejected an increase in the minimum wage to $15/hour, and Republicans appear to have won two legislative seats in special elections.

Pro-sanctuary city sheriff Ross Mirkarimi lost his bid for re-election to Vicki Hennessy (31% vs. 62%), a former sheriff’s official who had the endorsement of SF Mayor Ed Lee and the sheriff deputies association. (Fox News)

Yes, there is hope. First and foremost through Jesus Christ.
That said, the vulgarians are on the move as evidenced yesterday.

Wow! I think I’ll be smiling the rest of the day — this really is good news.

In Virginia, in my whacked out district, there wasn’t even a Republican candidate on the ballot to oppose incumbent Liberal (D) Creigh Deeds.
I wrote in a name.
But apparently enough people woke up in time.
The Conservative wave of results are refreshing.

“When injustice becomes law, resistance becomes duty.” -Thomas Jefferson
Hopefully this line will continue to move in the right direction.

There is some hope, but please remember the Bush Cabal still holds tremendous sway in the GOP on the national level.
I believe that the entire political Establishment in Washington is irredeemably corrupt at this point. But I am glad to see these small but important changes. I am not holding my breath for New York State (or NYC, for that matter). 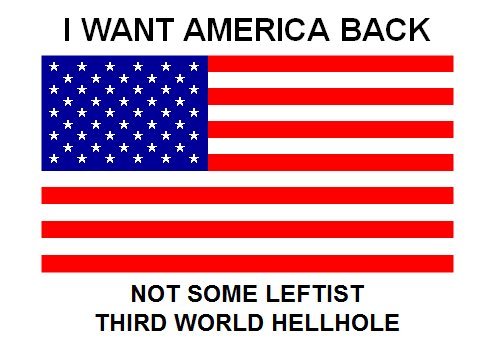 A little ray of light has landed. We have to keep plugging along.
We all have to be active at the election and monitor for fraud. It will fall back more on the people than ever before. We have to keep pushing.

Thank you Dr. Eowyn for this wonderful post. As you have demonstrated, we must continue to have hope, be persistent and continue to fight.