I’ve said this before:

Evil no longer hides in the shadows. It has become emboldened and “in your face”.

There’s a Canadian ice cream brand, Sweet Jesus, that you must shun.
It’s an ice cream from Hell.
With sleek stylish ads, “Sweet Jesus” Ice Cream has enjoyed widespread success in their many shops in Canada and the U.S. But it is blasphemous and utterly satanic, shown by the upside-down cross and the lightning bolt in its logo:

The lightning bolt, at a minimum, is a pagan symbol, signifying Zeus or Jupiter. John Namnik points out that:

The symbol of the lightning bolt is also prevalent in satanism. It most likely originates from the Bible passage where Jesus said: “I saw Satan falling like lightning from heaven”.

Note the skull (a symbol of death) in the “Sweet Jesus” ad below:

The ice cream’s ads feature devilish children, including a vampirish girl with an adult woman’s coiffed hair and eye makeup:

The ads are the creation of Murilo Maciel, a graphic designer in Toronto. Maciel is a Jewish (Ashkenazi) surname.

Murilo Maciel makes his allegiance clear in another of his designs:

Founded in Toronto, “Sweet Jesus” Ice Cream has 19 stores in Canada, and 2 stores in the U.S. — in Baltimore Airport and Mall of America, MN. It is also finalizing deals in Florida and Hawaii. Overseas, it will be opening soon in Dubai, India and Bangladesh under the trade name Sweet Salvation.
The parent company is Monarch & Misfits, of Toronto, Canada. Its bare-bones website gives out little information other than:

“Our development strategy is to target super-regional enclosed shopping centres and very selective high street storefront locations. Over the next 12 to 18 months, we’ll probably open another 20-25 units. I think it’s successful for a number of reasons. The branding is absolutely on point. Everything from the name, the design package, the colour. The product itself is sensational in terms of product quality and flavour. And most importantly it really resonates with the Millennials who are not only social media savvy but real foodies. We have now garnered more than 109,000 loyal Instagram followers. It’s probably the most Instagramed food in all of Canada…. As one of Canada’s fastest growing franchise brands, we have many new locations under development.“

For such a booming restaurant chain, it is curious that there is no entry in Wikipedia for either Sweet Jesus Ice Cream or its parent company, Monarch & Misfits. Nor could I find any information on their owners.
Sources: Activist Mommy; NamNow
H/t FOTM‘s MomOfIV and John Namnik
~Eowyn

before, it was comedy that was used as a vehicle to mock Christianity (because everyone loves to “laugh”), today, it’s ice cream.
Now, satan is using deceptively colorful ads, ignorant children (really, ignorant/satanic parents of the children), and addictive sugar to blatantly mock our Lord.
They are “successful” because no one questions anything anymore and satanists have made it, literally, “cool” to mock Jesus.
they will enjoy their moment, but our God will not be mocked:
“Be not deceived; God is not mocked: for whatsoever a man soweth, that shall he also reap.” Galatians 6:7

This is so truly offensive, I just don’t know where to start. It would seem to be rather telling that there is no information under the business name–Sweet Jesus, and the owner of the company is a completely unknown. That anyone has the gall to mock The Lord Jesus Christ with this kind of blasphemous filth is unbelievable. Of course they choose a product such as ice cream . . . after all who doesn’t like ice cream. This is a very slick means of getting people to support this company. I hope that they go down in flames .… Read more »

Auntie L, it amazes me on how people can trust satan, don’t they know he’s the great deceiver? And, he hates all humanity, why would he reward anyone who does his bidding, all they’re doomed to if they reject Christ is to spend their existence in a not so fun furnace. And, no ice cream is going to be served there either.

After reading this I will go on a quest on places I blog and will make a GIF to add to all my post on blogs showing how damning this is to Christians. I will research this my self and see what else is out there. Will be working in Photoshop this weekend will post my GIF here first and see what the reactions are and see if anyone has suggestions to what I make. I will see if possible to put in front of 50 thousand a day. BOYCOTT

maybe this way trying to post the gif I made for this.

Any suggestions I am make a few more for the places I go blog and off set the evil that is out there.

I’ll stay far away from this brand.

Satanist beware, That lightning bolt is a killer in many ways.

I’ll eat this ice cream when Hell freezes over. Thanks for that interesting article Dr. E! I wouldn’t touch that nasty stuff with a zillion foot pole. Who know what is really in it, it’s not out of the realm of possibilities that satanic curses are put upon every batch of the stuff. And I doubt it’s organic. I’m not surprised they’re selling it in Baltimore, that place is a cesspool of crime. Luckily, there are still plenty of God loving Christians out there that go against this stuff, but the younger ones need to be taught by the older… Read more »

This is just more “make a choice” nonsense from the Maoists. In case you haven’t noticed, the goal lately is to cleave that divide as deeply as possible. They hope to destroy the country, and the world, by dividing us into warring camps. This is one way to do that.
We already know that these perverts love Satan. That should make us feel good. They will truly get what they deserve.

Let me get this straight. Here we have blatantly satanic inspired ice cream in Canada, which is clearly Antichrist in nature. At the same time, we have tons of preachers who spew nonsense that God judges a nation that turns its back on Israel. How is it God deals with the Israel & Jerusalem issues, but looks the other way regarding a country that spews such trash against Jesus. These preachers need a good smack in the head, talking about support for Israel or face judgement, but stay quiet on this issue which is definitely a higher priority.

You’ll have to ask this guy: 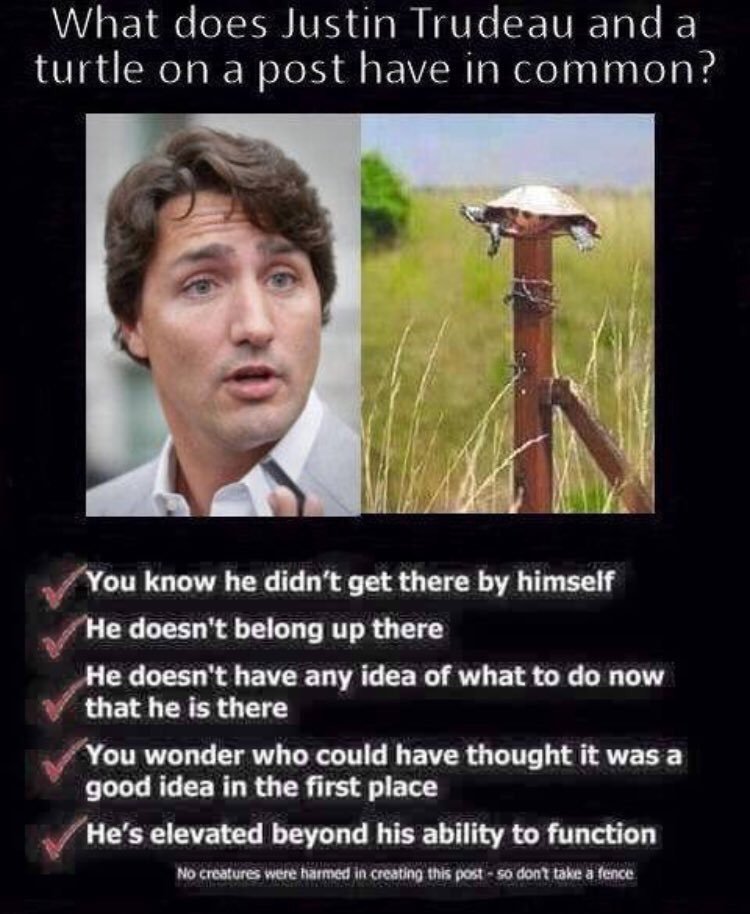 The stores and artwork are incredibly ugly. The desserts are made to look like heaped up dog crap. And, you get to pay $6 for a “pimped out” cone. The only attraction is public blasphemy.
Given that these Jews are not believers, at a minimum, as Dostoevsky pointed out, they psychologically must admit that Christianity is at least the collective culture of the majority of mankind. This visceral display of fathomless hatred is, accordingly, directed at the society that has allowed them to flourish. It won’t end well for them.

Well put. I see it as a giant temper tantrum. They think we won’t “allow” them to do as they wilt so they’ll sell their souls instead. Good choice. That’s using the old noggin.
They must be graduates of the New Mexico JC plan.

“The ads are the creation of Murilo Maciel, a graphic designer in Toronto. Maciel is a Jewish (Ashkenazi) surname”
What a surprise!
These Jews are stunning in their twisted arrogance. Think of it….. hating and deriding (even if you didn’t buy that Jesus was God) the most beautiful human being ever to walk the planet who did nothing but heal people and tell them to love on another. WE CAN”T HAVE THAT NOW CAN WE??!!!

Incredible, Lana. Also, I don’t see Fox News denouncing this outrage—maybe they have and I missed it. Things are so twisted today that Christians will turn to Fox for “news” despite Fox coming out worst in studies of anti-Christian bias and the flagrant sexualization of children in its supposed entertainment offerings. In fact, if Fox Entertainment ran a new sitcom centered around this blasphemous theme, like a Cheers for millenials, Fox News’ base audience of prosperity-gospel, evangelical pimps for Israeli genocide wouldn’t even notice. The theme does appear to be aimed at destroying the faith, such as there is any,… Read more »

I had to laugh at the description of their clientele as “real foodies”. How did they acquire this sophistication? Eating Top Ramen in Mom’s basement?

Further graphics and call-outs on images and personnel involved. https://vigilantcitizen.com/vigilantreport/sweet-jesus-disturbing-marketing-trendy-ice-cream-franchise/

Sailor kid has monkey on shoulder signifying addiction. The whole image is a reversal, a perversion of the innocence of childhood. The image is much more insidious, much more dangerous than some monstrous devil. This image is probably the closest to a true representation of evil you are likely to encounter. Surface of cleverness and sweetness. Core of corruption.
Come on in! Plenty of room inside………..

ABSOLUTE EVIL AND PERVERSION. Wake up everyone!! It is NOT ice cream they are selling !!!!! They are using a sweet, popular and common treat to LURE in and plant yet ANOTHER seed of EVIL aimed at the young. The spirit of the ANTICHRIST is behind all of this 100% !!!! Everything that is DEMONIC is involved with this business…… sex, drugs, addiction, mocking Jesus, hating God, blood, gluttony, vampires, death, Satan , etc, etc.You name it, it’s there! ➡DO NOT SUPPORT THIS HORRIFIC BUSINESS IN ANY WAY !!! They are after our souls, ESPECIALLY OUR CHILDREN! THE DEVIL LOVES… Read more »

Why is it that Christians can always find evil in others organizations, and never their own? The church is the biggest group of idolaters to ever exist, and yet they get a pass. All the things you claim to exist here, are present in the church, and yet silence is golden there. Clean up your own house, and perhaps people would take you seriously…

“Why is it that Christians can always find evil in others organizations, and never their own?”
Why is it that people who’ve never read anything on FOTM beyond ONE post insist on generalizing about this blog?
Ever heard of the adage: “Don’t open your mouth to reveal your ignorance”? You obviously had never read other posts on this blog. Hey, we even have posts critical of “Pope” Francis.

Is this another “Brazilian”? Testy, ain’t he?

Why is it that using our search button is so difficult for some? Try that before we take you seriously…

Monarchs and misfits??? Like in monarch mind slaves? These images would make me swear off of ice cream of any kind forever.