Sex offenders want the right to have kids visit on Halloween

There is nothing more sacred than the innocence of children.  I have not one nice word to say about anyone who would harm a child.  This article boils my blood…

NBC Los Angeles: An attorney representing five Simi Valley sex offenders who sued the city over limits to their Halloween activities said the lawsuit will be the first of several she expects to file over such restrictions.

The suit seeks a judge’s order prohibiting enforcement of the ordinance in Simi Valley, which has 119 registered sex offenders, according to a city report. Bellucci is representing five unnamed sex offenders, three of their spouses and two minor children, she said.

The ordinance, adopted Sept. 10, prohibits registered sex offenders in the Ventura County city of about 125,000 from displaying Halloween decorations, answering the door to trick-or-treaters or having outside lighting after dark on Oct. 31.

Simi Valley councilman and LAPD officer Mike Judge said the law is modeled after similar Halloween laws enforced in other California cities, and is meant to protect children. “This law was generated by citizens asking the City Council to do something,” Judge said. “And it didn’t seem unreasonable for the City Council to take it up. As far as I’m concerned, our law doesn’t go as far as other laws in the state of California and it still, in our opinion, protects our children a little bit better than not having it.”

Registered sex offenders are also required to post signs with on their front doors reading, in 1-inch letters, “No candy or treats at this residence.” Those offenders visible to the public on the state’s Megan’s Law website and convicted of a crime against a child are required to post the sign.

Bellucci said the sign-posting requirement was “particularly egregious.” “We consider that to be a violation of the U.S. Constitution,” Bellucci said Tuesday. The ordinance both imposes “forced speech” – the sign – and restricts speech by prohibiting Halloween celebrations, she said. “It’s similar to Jews in Nazi Germany who had to wear the yellow star on their clothing,” Bellucci said.

The Simi Valley measure is part of a trend of increasing strict restrictions on the activities of convicted sex offenders who have “paid their debt to society,” Bellucci said. Her organization intends to begin filing lawsuits to challenge other statutes, she said.

The office of Simi Valley City Attorney Marjorie Baxter said the city had not been served with Bellucci’s complaint, so it had no comment as of Tuesday afternoon. Baxter was quoted in the Ventura County Star, which first reported on the lawsuit, as saying: “We thoroughly researched the ordinance and I don’t feel the lawsuit has any merit, and we will defend it vigorously.”

At an Aug. 20 initial City Council hearing on the ordinance, a deputy city attorney told council members that “traditional trick or treat activities associated with Halloween provide have the potential to provide significant opportunities for sex offenders to victimize minors.”

Council members at that time expressed some concern about legal repercussions, as well as worries that residents who decide not to decorate will be thought by neighbors to be sex offenders.

The police chief told the council that he could find no records of a sex crime against a child on Halloween in Simi Valley. Those who are convicted of violating the ordinance would be guilty of a misdemeanor and subject to a fine of up to $1,000 and/or up to six months in county jail, according to a city staff report.

Sex offenders should never be let out of jail……

So, in this country, we ID for ciggarettes in order to protect children, but will allow them to walk in the dark, disguised in costume, to the front door of a known molester that is holding out candy. Things that make you go “hmmm”.

Sure lunacy. Janice Belluci should be disbarred, and any judge who would issue the order requested by Belluci’s convicted sex-molester clients should have his/her name plastered all over the Internet.

Belluci is also the President of the California Reform Sex Offender Laws organization.

Here’s CRSOL’s mission statement:
“The California Reform Sex Offender Laws organization is dedicated to restoring civil rights for those accused and / or convicted of sex crimes. In order to achieve that objective, CA RSOL will initiate and support legal action, legislation and public outreach.”

Belluci compares how we treat sex offenders with how Jews were treated in Nazi Germany. Here’s a pic of Belluci. She looks like a witch: 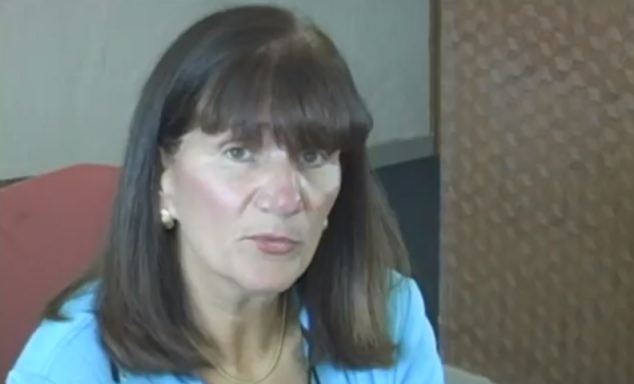 Yeah because unlike jews sex offenders actually have a reason to be exterminated.

Fortunately, most parents can access lists and locations of sex offenders and steer clear of their homes, regardless of what a headline grabbing lawyer does and says. The thing that puts my tail in a twist is the complete waste of money and time for something that should be a non-issue. A person convicted as a sex offender should accept their fate and shut up, seeing as how it’s just about the very worst crime on the books.

these people are no good to society or themselves. I am not a bleeding heart. They should be done away with. With dna now,if convicted beyond a reasonable doubt, they should die for this crime. Slowly. You cannot tell me it there were a definite consequence for this, that they would not think twice before committing such a terrible crime. As for all of these sick twisted judges,they need to go too. I believe this crime goes right straight to many politicians and judges. They will soon find out they are not above the law.

Thank you DCG for this informative post. However, I am sure that City Attorney Baxter will immediately file a Motion to Dismiss the Complaint, once she is properly served, and indeed prevail. This lawsuit is ludicrous!

“…“It’s similar to Jews in Nazi Germany who had to wear the yellow star on their clothing,” Bellucci said.” Her quote is a “straw man” logical fallacy. The Jews in Nazi Germany were forced to wear a sign of their cultural and religious identity–not as a result of a crime they had committed. The difference here is that Jews were innocent and pedophiles are felons. Drawing a moral equivalency between the two scenarios illustrates another liberal mindset–the individual is not responsible for his behavior because they he has been victimized by: (select one or more): 1. Their past Parents 2.… Read more »

I have read multiple versions of the same story, and I have to say, this sight has truly saddened me, this is also my first comment on this story. Why? Because I am a staunch, die-hard conservative, a husband, a father and a patriot. I am also a registered, NOT COVICTED sex offender. I could go into long detail on the subject, but for the sake of simplicity, I will put it this way: I was NOT convicticted of a crime that I believe upwards of 80% of male America is guilty of; at 18, I had consensual sex with… Read more »

Damian, The difference between your case (as you tell us) and the sex offenders whom Belluci champion is one word: CONVICTED. You were accused; they had been CONVICTED. I also propose another distinction should be made — that between “sex offenders against adults” and “convicted pedophiles.” No one cares if ACCUSED sex offenders who committed consensual or nonconsensual sex with adults live near kindergartens and grade schools or have kids “trick or treat” at their homes on Halloween. Given the shockingly high rate of recidivism of CONVICTED PEDOPHILES, I will have to choose the prophylactic protection of children over the… Read more »

Dr. Eowyn, The only reason I was not convicted is because the court chose to show me leniency. It had everything needed to find me guilty, and was indeed guilty. In fact, I plead guilty at the plea hearing. There were mitigating factors involved (close in age, isolated incidence, the act was consensual), that is why I never went to prison, however I am listed on the registry right next to the worst of the worst. I spent 10 months in jail, and had to go through and still am going through most of the hurdles convicted offenders have to… Read more »