Hey! I think that guy passed me on the highway at rush hour yesterday!

You’ll miss it if you blink!

It’s pretty cool
But what is the military application?
Is this just a bunch of egg heads getting together to play with cool stuff?
Dunno maybe we can use it as a repatriation sling shot for illegals ….
Bet we could sling em all over the globe the heck with plane tickets..
We could like put em in suitcases…ya know those big ones and attach a parachute to it….
I read the other day they had a whole slew of people from some crap hole in butt hump Africa….
Betcha that thing could sling em all the way over there
Just sayin….

Think we could convince Obama, Killary, Holder, Nadler, Pelosi, Schumer, etc., etc., etc. to take a ride on that thing? How far out in space do you think it could launch ’em if we angled the end of the track upwards? One per day,we’d be free of ’em in just a Month or so….

The sheer amount of kinetic energy is what does the damage to its target.

And I’m partial to this: 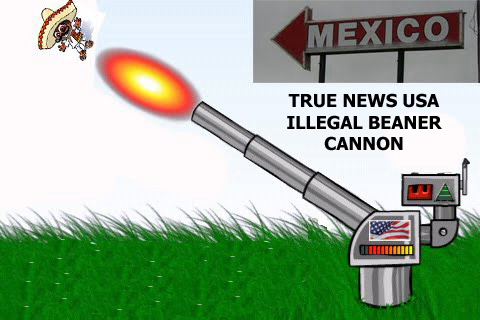