At the second 2016 presidential debate last Sunday night, CNN’s Anderson Cooper got on the moral high horse.
With his prissy lips pursed, Cooper sternly and repeatedly demanded that Donald Trump admit he’d sexually assaulted women, based on what Trump said about wanting to kiss beautiful women in that “p*ssy tape” that Paul Ryan’s advisor, Dan Senor, so helpfully leaked to the Washington Post.

https://www.youtube.com/watch?v=7BEieHKxiaE
Tsk, tsk, Anderson Cooper.
The moral high horse really doesn’t suit you, given your cavorts on stage with Madonna as her bitch, being spanked and dry-humped by that demon-possessed woman.

As Clash Daily puts it:

Don’t you just love it when the left gets self-righteous? Isn’t it a hoot?
These are the same people that tell us that:

But, then again, tolerance only extends to those that they agree with.
If you disagree, you’re ‘intolerant’ and some sort of ‘-phobic’. […] Hey, Anderson! Maybe you shouldn’t be so ‘judgy’.

By the way, Anderson Cooper, it’s now more than two years since Professor James Tracy sent you an invitation via certified mail, to revisit Newtown. You had publicly attacked Tracy for his skepticism about the official Sandy Hook narrative. You even endangered his safety, and the safety of his wife and four young children, by disclosing their home address.
Shame on you.
See:

Madonna and Cooper would have never made it to the Ed Sullivan Show. The current “outrage” is the toreador’s red cape distracting us from bankers waiting for the killing. We have been turned into a industrialized source of mercenaries to “fight for democracy” as they put an end to our own. And they get us to pay for it ourselves by “borrowing” our own money from them!

Here is info about him as a CIA asset as well as footage of him in bondage gear at 2:15.
https://m.youtube.com/watch?v=kwMCIe2AGW8

Madonna is a skank with millions, but a skank nonetheless! Anderson Cooper is a creepy maggot! Hell will claim them both. What’s more nauseating is all the people in the audience. Have at em’ Satan! Leeann

Oh! Leeann, I love ya darlin’ . . . I couldn’t seem to find the correct word to call Madonna . . But S-K-A-N-K says it all. As for A Cooper, he licks up all that fact flattery. What a goober! I agree, Hell is welcome to them both! 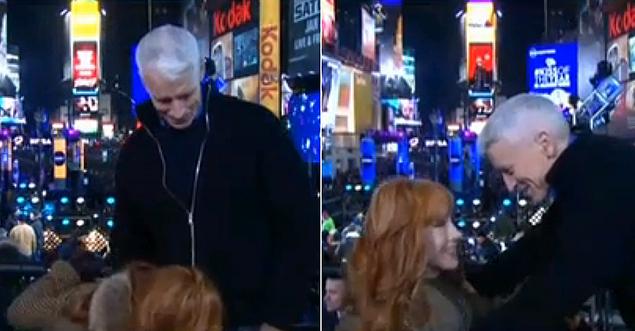 I knew I had forgotten something important! Thank you for the reminder, DCG. 😀

I just updated this post with that information and image. To think Cooper and Griffin did that on live TV….

It makes you wonder . . . where is the FEC (or whoever monitors online vulgarity). You can bet your bottom dollar, if a conservative had stooped that low–they would have been hounded out of show business. Who in their right mind would want any kind of sexual contact with either one of these freaks? No one that I can think of.

She couldn’t have been going down on him , the magnify glass in one hand and the tweezers in the other weren’t seen ! ( sarc )

Some of her music I can tolerate- but that woman is a pig, plain and simple, always was always will be. Anyone remember her book, with her face in a man’s derrière? Now she writes children’s books- Heaven help us!
Funny how the left allows redemption but only for their own!

I’ll say one thing for Anderson , he can take a whole lot of ” banana ” in his mouth

I learned better not to view the raunchy pictures after seeing too much of what was going on with O’Bummer and his ‘wife’ in the other thread, so I just skipped on by the ones about Cop-per and Mad Donna, taking everyone’s word for what was in them. But[one ‘t’ not two], I have to say that, if I come across one more incident involving the lefties tolerating their own vileness, while trying to destroy anyone from our side of the tracks for even daring to verbally transgress, once I get down off the ceiling, I’ll just have to hold… Read more »

It won’t work, Hellary has no reflection!

For being such a gay boy, Cooper acts a little stiff in the Madonna scene; he acts very out of place, surprisingly. The “admiration” & “love” that these cretins laud over each other (near end of video) is always nauseating. Re slime Griffin, Cooper says she & his mother are best buddies & that they talk about sex all the time. How “graceful” for a 92+ year old lady! I’m sure it’s low-life Griffin who likely suckers the old lady into such conversations. Auntie LuLu asked where is the FEC or whoever regulates vulgarity? Just so happens there’s an excellent… Read more »

Photo/quote seen earlier today that would go along very well with above “Hollywood Babylon” article: 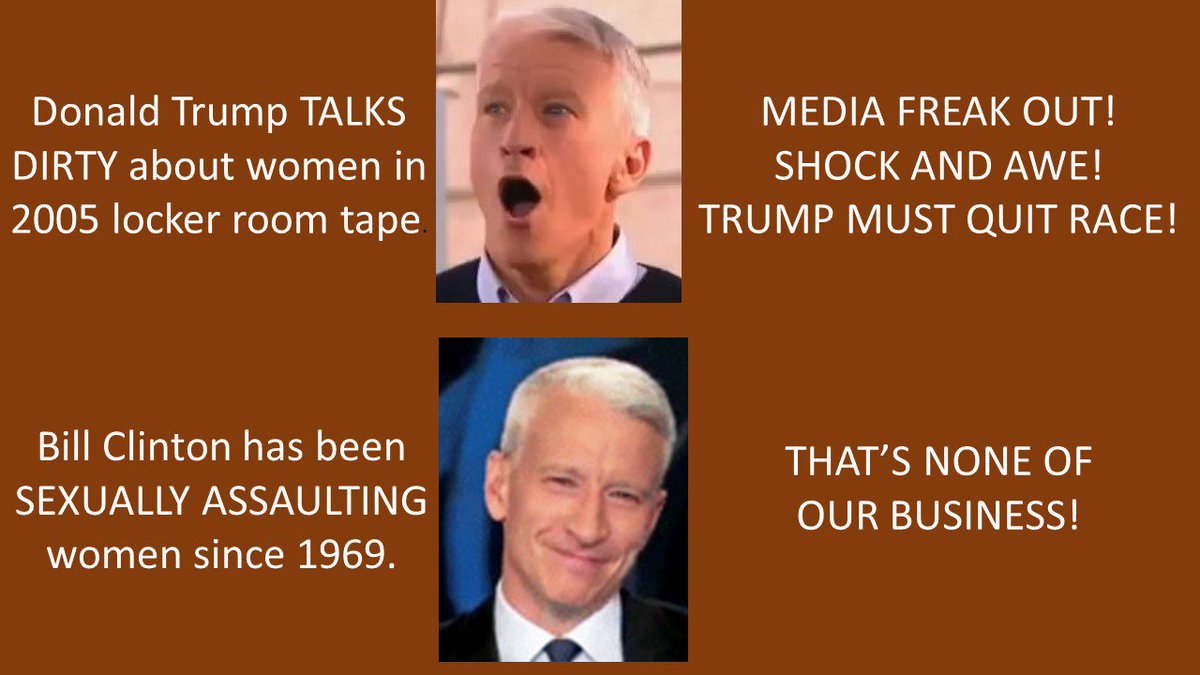