Last weekend, Antifa — the radical left group whom the Obama administration  had identified as domestic terrorists four years ago — took over, barricaded and occupied six city blocks in the Capitol Hill region of Seattle, WA, and declared the territory as their “autonomous zone” — Capitol Hill Autonomous Zone (CHAZ).

Antifa then proceeded to act like the terrorists that they are by declaring local rapper Raz Simone as their first warlord, “defending” CHAZ with armed guards and homemade chemical weapons (chlorine gas), and terrorizing the hapless owners of businesses within those six blocks, demanding they pay for “security” and “protection” to the tune of, in one case, as much as $500.

President Trump immediately issued a warning to Demonrat Washington governor Jay Inslee and Seattle mayor Jenny Durkan that if they did nothing, he will stop the occupation — a warning that Inslee and Durkan blithely ignored.

Cristina Laila reports for The Gateway Pundit that instead of dispatching the police or calling the National Guard to dispel the Antifa occupiers, Mayor Durkan, 62, is coddling the occupiers.

Denouncing calling Antifa “terrorists,” Durkan declared her solidarity with the occupiers, insisting that their takeover and occupation of six city blocks to be a “lawful,” constitutional (“first amendment”) and “peace[ful]” “self-expression” of “patriotism,” “free speech” and “community”.

Durkan even oh so thoughtfully provided the terrorist occupiers with port-a-potties.

Durkan also directly defies President Trump’s authority by declaring she will not “allow” the military into Seattle to dispel the occupiers.

The next move is yours, President Trump.

If you do nothing to stop this, this will be the beginning of civil war and the long-predicted break up of the no-longer United States of America.

Here on the other coast, in Massachusetts, free speech is being stifled by virtue signalling liberals, who are the majority. Seeing what is being allowed in Seattle by an immoral and deranged governor and mayor, tells me they have no understanding of history. I am amazed and grieved.   I’m waiting for wisdom from the Lord. I’m in the dark, but even the darkness is not dark to Him. To the Lord, night is like day; He sees and knows all. He saw the crisis of this hour coming; it did not take Him by surprise.   Today I am… Read more »

Nothing about the term “occupation” that can be interpreted as a peace full action.

Tell me it ain’t their desire: 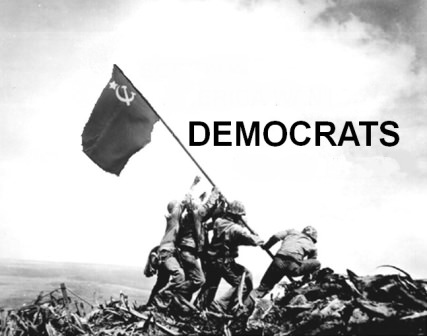 The other side of me says let Seattle implode. The IDIOTS there deserve it. Not so much the law-abiding citizens, I know. But I’m just fresh out of Fs to give about the liberals in Seattle any more.

I’m with you on giving a “F” about the Liberals anymore up there-and anywhere else similar behaviors are being indulged. Their current thought processes are political and social SUICIDE-anyone with two or more brain cells to rub together can see and recognize that. There’s an easy cure-all they have to do is open their eyes to what’s going on all around them and saying “I’ve HAD IT with this idiocy!!” and becoming a Conservative or even a Libertarian,anything but a Dumbocrat,and vote for anyone but a Dumbocrat.

Seattle hasn’t had a republican mayor since 1969. https://en.wikipedia.org/wiki/James_d%27Orma_Braman   The progressives there won’t vote anything else, I’m convinced of that. Between the public indoctrination system, media, unions and mail-in voting, nothing will change there. Conservatives are outnumbered and it is much easier to move away than fight the system.   Even moderate candidates are forced out of elections in Seattle. Christopher Rufo tried to run for city council. He is fiscally conservative and socially libertarian. Wasn’t good enough for the agitators in Seattle. They threatened and harassed his family (including his wife who is a WOC; they tried to… Read more »

Trump is already vilified by the left in the Pacific Northwest, and they along with leftists nationwide have already tried to destroy him, yet he still stands.

That’s one big reason he should intervene – he’s not gonna lose their votes in November.

That’s true. Yet just when I think I’ve seen peak-TDS, the media comes out with something more crazy. I just worry they might hurt republican confidence and voter turnout.

Hi Doctor! I’ve been away forever, but have to weigh in now. Did you see the video of Floyd being put on the stretcher? I was struck by how they didn’t do CPR or check his pulse, or even bother dressing like ambulance people. So on closer inspection, this is 100% hoax. They used a CPR practice dummy (which is head and torso only) to stand in for Floyd’s body. Every event is a hoax! This explains why Chauvin was mugging for the camera all that time, and why things looked so scripted (and SO different depending on camera angle).… Read more »

Yes, I saw the pic of the Legless dummy Floyd on stretcher. [Eyeroll]

I’m just puzzled why the entire Minneapolis PD went along with the hoax. Not even one whistleblower?

Who’s PAYING them to let this hoax run its course? Soros? Bloomberg? China?

Several members of the police department are unfortunately complicit. Floyd and the cop had worked together at a “nightclub” that is very likely the focal point of a counterfeiting and money laundering operation. That club and the precinct a lot of these dirty cops worked out of were two of the buildings burned the first bad night. It shouldn’t be assumed there are no whistleblowers, only that there are no *public* ones.   There is a (likely multiple) federal investigation into all of this, and their testimony as witnesses would go before a Grand Jury prior to issuing indictments (which… Read more »

Last edited 5 months ago by Just Another Patriot
3
Reply

Interesting….
Thank you for this.
I pray that what is hidden will come into light, soon.

Setting reasonable expectations here:   President Trump is a master of the narrative. It is how he has been able to withstand the constant MSM/Dem/China onslaught and still succeed. The narrative leading into this Summer is the subpoenas issued by Senators Johnson & Graham, along with the indictments from the Durham investigation (AG Barr gave a late Summer timeline for that). Johnson specifically requested all unmaskings of all Trump campaign people going back to June 2015, along with state department records. I *highly suspect* former DNI Grenell has already declassified these. Undoubtedly this will reveal/confirm a massive spying operation.  … Read more »

This is the QAnon narrative.
I hope you’re right.

After carefully reviewing available evidence, I believe the video of a legless Floyd on a stretcher is misleading. Please see my post on this: https://fellowshipoftheminds.com/george-floyd-in-gurney-had-no-legs

I do not believe that President Trump has a way out of this. Whether he intervenes or not, this capture of territory can only embolden Antifa. There will be other cities where CHAZ enclaves will sprout up. Whatever the president does will be criticized by the press, the commie pinkos, the Demorats, and Joe Biden. Sooner or later, someone, either an Antifa wacko, or a jittery National Guardsman (think Kent State Massacre) will squeeze a trigger. I firmly believe that we are on the brink of SHTF.

“…can only embolden Antifa.”

Yep. They are making some attempt to do that in Nashville. Gov. Lee (R) says he won’t allow this to happen.

I agree. My advice to all is that if you live in an unsafe city/state, have a bug-out plan to go to a safer place. I have a plan to drive 1,800 miles to a home in a conservative town and state. Let’s hope the SHTF never happens, but I sure am not counting on it or holding false hopes. May God have mercy on us.

“Been researching &, Oath of Office in Washington State requires the “regular” support of Constitution of USA…but also Washington State—which requires all state elected officials throughout, down to the land survey team…to pledge support of lawful enforcement of state, local & national law …but way down at the bottom…State & Local elected officials additionally have to take an oath that they will not support “sedition” against US & State Laws. Seems that these State & local elected characters have surpassed & trashed their oaths w/allowing/supporting a seditious take-over of property–claimed to be separate fr both State & US governance. If… Read more »