Guess who is vying for re-election?
Update: This was unanimously approved by the council, of course.
From Seattle Times: The Seattle City Council is set to vote Monday on whether to offer city employees up to 12 weeks of paid parental leave, rather than the four weeks they are offered now.
Mayor Ed Murray is asking for the change. It was less than two years ago that the council approved the existing benefit for new parents, making Seattle the first city in the Pacific Northwest and one of the first cities in the country to offer paid parental leave.
Employees would become eligible for 12 weeks after working for the city for six months. The benefit would apply not only to births but also to placements of children into homes through adoption, foster care and legal guardianship.
When Councilmember Kshama Sawant proposed 12 weeks of paid parental leave last year, her proposal was voted down.
Monday’s legislation would also give city employees a new benefit — up to four weeks of paid leave to care for family members with serious health conditions. The four weeks would be available every 12 months and employees would need to first use some sick leave and vacation leave.
Extending the parental-leave benefit to 12 weeks would cost the city an additional $2.6 million per year, according to the legislation’s fiscal note. Offering the new family-care benefit would cost an additional $436,000 per year, for a total of about $3 million.
Rather than refer Murray’s legislation to a committee for review and discussion, the council has chosen to take action on it immediately. Seattle has more than 11,000 employees.
DCG
Please follow and like us:

Just re-read the article . Damn , if you do the 4 things in paragraph 3 , then use #5 , , and repeat that cycle every year , you’d never have to another day in your life ! Am I reading this wrong ?

Considering the final outcome of the spawns, and the liberal mindset, why not just offer them 6 weeks paid leave, a free abortion, and solve two problems at one time?

In a related story, Starbucks has announced new pricing.
A small will be $18.00

Mighty free with the tax payers money. Kinda put a whole new perspective on the old axiom “possession is nine tenths of the law”. 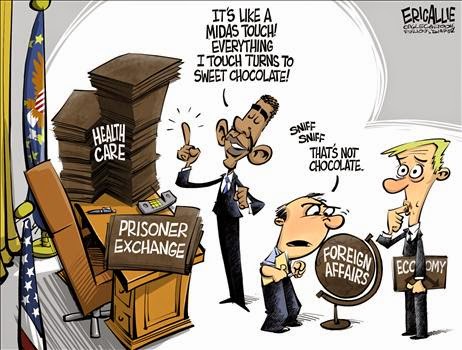 Boy, this mayor is the gift that just keeps on giving, isn’t he? He is one big bag of an endless abyss of tax payer abuse.
Six months and they are elgible? Good grief.
A solid candidate that was totally sane should be able to annilate him in the next election,

They need to START with a DEEP audit of his finances since he’s been in office,then they need to revoke his retirement completely. This way,he’ll gain a better understanding of the effects of his generous policies.

Someone in the article’s “Comments” asked,”Who’s going to pay for this? We can’t just hand out these benefits without having a way to PAY for them!” Well SURE ya can-California’s been doing it for Decades-That’s how they got their Record Breaking Budget!
From the article,
“It’s no secret that family-care obligations often fall to women, and particularly women of color,” Councilmember M. Lorena González said in a statement.
HEY-THAT’S RAAAAAACIST!!! YOU MAKE THAT POLITICALLY CORRECT RIGHT NOW!!!