FYI: The Justice Secretary of Scotland who is pushing this bill is Humza Yousaf. He is the first Muslim member of the Scottish Government. His mother came from Kenya and his father from Pakistan.

“A controversial bill making its way through Scotland’s Parliament would criminalize hate speech even if the offending words were uttered in someone’s private home.

Members of the Scottish Parliament questioned Justice Secretary Humza Yousaf for the first time on Tuesday about the Hate Crime and Public Order Bill, which would establish a new crime, “stirring up hatred.”

After criticism from groups saying the bill threatens to stifle free speech, Yousaf agreed to amend the legislation when it reaches stage two of consideration in Parliament. The amendment will stipulate that offenders may only be prosecuted if they had “intent” to stir up hatred. Yousaf also agreed to again examine protections for free speech in the bill.

Several groups have sounded the alarm over the new legislation, including BBC Scotland, Catholic bishops, the Humanist Society of Scotland, and the Scottish Police Federation.”

What happened to the Scots?!!!

Contemporary Scotland is even more leftist welfare-state than the rest of the UK.

The camel’s nose is under the tent in Scotland as the rest of the UK.

How will they know if someone is saying hateful things in their OWN HOME? Only two possibilities I can think of. One-they create some form of incentive for family members to turn their relatives in,or Two-they begin surveiling their Citizens. Neither of those is acceptable to a Free People. But-ARE they “Free”?

William Wallace (Braveheart) must be weeping….

I know a liberal drunken Scotsman webmaster where I was a moderator at his site long ago – I gotta go back to see if he brought this up for discussion. There was very little censorship back then, some of us enjoyed busting each others’ balls, often vicious, but very funny.

Speech is either free or it is not. The issue is black and white. There are no shades of gray.

Humza Yousaf is the man responsible for this Hate speech crime bill in Scotland.
He doesnt even sound Scottish or look Scottish.
Wow Scotland ancestors would be rolling in their graves if they knew of what Madness has arrived in their beloved country.
Scotland needs to rise up and throw every lefty to the Kerb.

The left’s Ideas bring nothing but destruction and division.

He’s very progressive though. He’s got the “Islamophobia” excuse for most things he does that people don’t like… 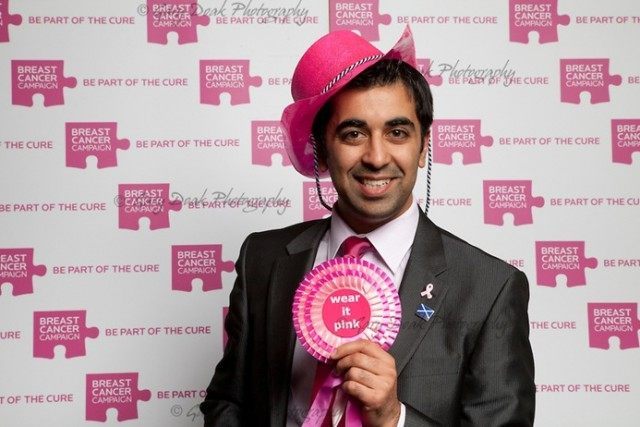 It seems Scotland is in the hands of Satanic Forces.