This is the type of people Obama had working for him.
About this fool, from Wikipedia:
“Levi Mills Tillemann-Dick is an American businessman, academic, and author. Currently managing partner at Valence Strategic, LLC and a fellow at the New America Foundation, he is also the author of the 2015 book, The Great Race: The Global Quest For The Car Of The Future (Simon and Schuster). Levi was also the lead author of the report Revolution Now, which he published while working in President Barack Obama‘s Department of Energy. After forming an exploratory committee in May 2017 to examine the feasibility of a congressional bid in Colorado’s 6th congressional district, Levi officially announced his candidacy in late June.”
Levi calls himself unapologetically progressive. To cure  gun violence, he wants to ban assault weapons, get “warfare” ammo off the street, address “toxic masculinity” and end global arms trade.
Ya got me Levi with this little stunt.  I’m surrendering all my firearms now after seeing that!
NOT.
h/t Twitchy
DCG

As Bugs Bunny would say, “What a mar—rooon!!!”
I was pepper-sprayed once, from an angle, and at from about three feet. (I was in a bar). Needless to say, it didn’t get directly in my eyes. But it was debilitating. This guy’s a delta male, and he’s a jerk. HIS “masculinity” is toxic! This fellow should study the Holy Shroud of Turin and find out what REAL masculinity is!

So pepper spray in classrooms is why Coloradans should send Levi Tillemann-Dick to Congress? LOL
What a dick.

Dr Eowyn . . . . Anyone who would be convinced to vote for Levi after seeing that pathetic video, needs to have their brains examined. For one thing, in order to utilize pepper spray, you have to have close proximity to the person with the gun. Let’s face it Gun vs Pepper Spray = Gun will always win out because they have the advantage of inflicting pain and physical damage from a distance. This imbecile should be sued for even suggesting such a fool hardy scheme as being a reasonable weapon to go up against a gun. This poor… Read more »

Sulphuric Acid would have sufficed. That way he could make a double statement and include his Moslem buddies.

Another idiot! Where do they keep these guys? This one goes beyond libtard. This one’s in a new class of libturd!

I was gonna mention that. How many students and Teachers are willing to get within 3 to 6 feet of an armed maniac and spray him with that stuff? I’d like to hear him answer THAT question. Has it occurred to him that the “sprayer” would absolutely be the next casualty? And what’s more dangerous-a shooter shooting selected targets,or a blind,VERY PISSED OFF shooter shooting wildly hitting anything and everything in the room?
Typical LibTard-don’t bother to THINK,just DO SOMETHING STUPID!!!

Yeah, libtards never really do think through the consequences of their brilliant ideas…

His voice alone is enough to send normal people running and screaming into the streets! He might do well to remember that the people with those 300 million guns don’t take advice from morons, and people like him are really trying our patience.?

I did not watch the video. The picture and caption were enough for me. “toxic masculinity” what does this fairy know about it? These asshats are only interested in control. If they were truly interested in saving lives, they would be railing against abortion, medical malpractice, cell phones, illegal narcotics, and general dickheadery……… Commie Fook!
“Speaking the truth in times of universal deceit is a revolutionary act.” Geo. Orwell

I love how this sub-genius uses the Obama banner at the end… yeah.
Um, why not push for a bucket of river rocks in each classroom? Or hey, what about pea shooters, or even spitballs and a Bic pen? (“Dang, foiled my attempt at a mass shooting… with spitballs!”)
I can imagine the mass hysteria that would then result when the MSM jumped onto the story of a student who accidentally inhaled a spitball in the process of defending his classmates. They’d then work to immediately outlaw spitballs. And Bic pens.

Immediately, after reading this post, I wanted to watch this guy do his schtick.
It was a pleasure to watch this clown put on his make-up. This is one stunt that this politician will never do again. I still can’t stop laughing.

His follow-up should be to spray that stuff down his pants-maybe THAT would keep him from reproducing….

truck . . . . Well, perhaps . . . but on the other hand it would make a grand spectacle. . . watching the fool hopping around like a mad hatter.

Liberalisim is truely a mental disorder.

I could feel my masculinity melting away the longer I listened to that sappy background music!
He used a hose with a spray GUN attachment – OH the hypocrisy!! I’m TRIGGERED!!
He sees white what? White people?
Unless pepper spray can stop bullets in their tracks like Neo did in The Matrix, no thanks, I’ll stick to carrying guns.
Levi’s an outsider??!?! He’s the consummate Obama coattail-rider! Borrow the Obama logo much? 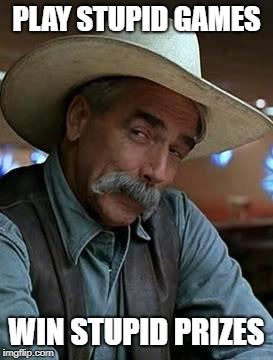 He was pepper sprayed, then self waterboarded.

was that blue stuff he was dunking his head into the kool aid he drinks?
good thing criminals don’t wear shades or masks….smh.
he should call himself an ‘unapologetically progressive idiot’.

More of them Socialist-Liberal Democrats should Pepper Spray themselves.. Maybe they would Learn Something, = but unfortunately I believe evidence shows that their “Learning Curve” has “flat-lined..!!”

Wow… That was entertainment !! My mind subbed his voice with a Charlie Brown teacher’s voice.. Waawaa Waawaawawa.
Watching him waterboard and pepperspray himself was great!

Reblogged this on kommonsentsjane and commented:
Reblogged on kommonsentsjane/blogkommonsents.
The Colorado Demorat is a loose cannon and a part of the Democrat cult. To go this distance – especially spraying your eyes – tells me he needs his head examined. Wonder if he is one of those who drinks blood and participated in those voodoo parties in Obama’s White House?
kommonsentsjane
kommonsentsjane

Maybe we can get him to drink a gallon of “Round-Up”. What an opportunistic idiot.

Maybe Natural Selection will work her magic on him eventually…..can’t imagine that this is the only ‘trick” he has up his sleeve…..there are a lot of possibilities already mentioned on this post.

Maybe I’m just out of it—
but who in their right mind would even listen to a guy named Levi Mills Tillemann-Dick???

You don’t want to know.

He has Obama’s limp wristed hand gestures down perfectly!! No wonder they found each other!! Toxic STUPIDITY!

If liberals really cared about the safety of protecting children at schools, they would enact the same measures that have been proven in securing public safety at other buildings, airports and other public events. But I think they would rather hear and read about dead school children on the news, for political gain, that addressing the problem for which their safety can be more secured. I seen this in different places that recommend this over defensive sprays: Wasp Spray More Effective Than Pepper Spray – Wasp Spray – A friend who is a receptionist in a church in a high… Read more »