From Daily Mail: California prosecutors said an Uber driver living in the country illegally has been charged with raping, assaulting and robbing young women.
San Luis Obispo County District Attorney Dan Dow said Monday that Alfonso Alarcon-Nunez’s alleged four victims are between 19 and 22 years old and three were intoxicated when they were assaulted.
The 39-year-old Mexican citizen faces 10 criminal charges including forcible rape and first degree burglary for the alleged incidents that occurred on December 17, 2017, January 5 and January 14.
Alarcon-Nunez is suspected of having sexually assaulted at least four women in California’s San Luis Obispo, but authorities said there could be additional victims in the county and its neighboring Santa Barbara, KSBY reports.
Alarcon-Nunez, who has also used the name Bruno Diaz, was arrested at his Santa Maria, California home on January 17.
Authorities then discovered that he is an undocumented immigrant illegal alien, who had returned to the US illegally after having been voluntarily deported from New Mexico in 2005.
He now faces multiple charges of rape of an intoxicated victim, first-degree burglary and oral copution of an intoxicated victim. He also faces charges of assault with the intent to commit a sex offense, forcible rape and grand theft.
Authorities said that while Alarcon-Nunez was on duty as an Uber driver, he specifically targeted parties with the intention of soliciting rides from intoxicated women. Once arriving at their homes, he then allegedly assaulted them and stole items including cell phones, computers and jewelry.
Police said that he used a Venmo app account – under the name ‘Brush Bat’ – to collect his Uber payments in an effort to obfuscate both his identity and his Uber records.
Dow said detectives are looking for potential witnesses and trying to determine if there are additional victims in San Luis Obispo and Santa Barbara counties northwest of Los Angeles.
At his Monday arraignment, prosecutors asked for $1.48million in bail – a significant increase from the $200,000 bail asked for at his arrest, The Tribune reported.
During a press conference Monday, Dow noted that US Immigrations and Customs Enforcement confirmed that Alarcon-Nunez is a Mexican citizen and said that he was using a 2015 California driver’s license, although it was not known how long he had been residing in the US.
He is being held at San Luis Obispo County Jail.
DCG
Please follow and like us:

How do illegals get drivers licenses without being a citizen? Don’t get drunk to require a uber driver. Women need to arm themselves.

Yes Dr E—the last time I went to the DMV to renew my license by exam here in CA….I’d made an APPOINTMENT….and STILL spent 4 hours waiting past my “appointment time,” while the room was filled with hundreds of non-English-speaking persons taken ahead of me….by the last of my tasks I was maybe one of only TWO caucasian/English-speakers in the room over this 4-hour arduous “process.” The other English speaker was a guy right behind me getting his license to operate his motorcycle.

What exactly is the point of having an appointment? Such BS…

So they can demean and insult you in an orderly fashion.

Exactly, Lo—so they can keep a record of “appointments” as THO’ they are doing their job….but in reality—-“the kooks are running the asylum” in any manner that they please, but they don’t think they will be “caught” b/c they schedule “appointments.” It’s all cyclical thinking/acting/practice….& pretty much all, IMO & experience, to benefit the illegals who piled up/lined up to get a driver’s license when it became law in CA…..which totally stressed and inconvenienced legal, tax-paying, licensed CA drivers.

CalGirl . . . . that is just outrageous. Last time I went to our DMV, here in Portland, OR, I noticed that about half of the people there to conduct business were Hispanics. Then things were slowed down, because some of the “patrons” did not speak English, and needed an interpreter. It almost makes one feel as though they were in a foreign country. If you cannot speak and read English . . . you don’t need to be driving in this country.

If they can’t speak and read English how do they drive at all?? They won’t be able to read “Bridge Out” or “wrong way” signs. That explains one of the reasons they have so many accidents.

Dear chem—-you reminded me of the dire circumstances we’ve created by our policies…AND our slacker schools…..(and I am a teacher…..it’s NOT so much the teachers–who mostly work their tails off these days—-but the pervasive permissiveness from the top down…no requirements….always “caving in” to the least common denominator instead of making those denominators rise up—this is both in behavior and in academics. ) NOT ONLY do I teach children (and communicate with their parents) who can not speak, read, or write English—practically their entire school careers—very resistant to using English (and yet, they and their ILLEGAL parents are driving on the… Read more »

Trust me, when I lived in California I became QUITE familiar with the DMV. It is the closest one can get to Hell this side of the sod.

I believe that recently they decided that in addition to giving these criminals driver’s licenses — they will also extend voting privileges to the illegals. The Federal government needs to start locking up the dillweeds who come up with these outrageous schemes to defraud the citizens of the United States of America by virtue of giving privileges to such as driver’s licenses, receipt of welfare, food stamps, or medical care, or the privilege of voting in elections to foreign nationals. What part of “illegal alien” is it that they fail to understand? It seems rather explicit to me, particularly when… Read more »

Yes Lulu, I’m curious about how that would withstand a legal challenge. I’m not even sure a state can allow illegals to vote for state offices. I KNOW they can’t do that for federal ones. How are they going to manage that. They are minimally required to ensure that voters are eligible.

It would be good to get extra insurance just to get in a cab here. Most are Somalis that treat other drivers like they’re cattle in the marketplace. They whiz around on no particular side of the road, wherever there’s a void, they fill it. They don’t care where they turn or stop. It’s like a carnival ride.

Should be more than enough in a legitimate court of law to get him executed.

Uber (does it stand for Ugly Beast Excrement Rapist?), I would be afraid to use them. Just call a real cab company (while you still can!) Plus all this app crap where you can’t get a ride without a cell phone screams Big Brother.
That is one ugly dude, by the way.

chemtrailssuck . . . . Great response! Since I don’t use a cell phone, I have lamented that you cannot use Uber since you don’t have a cell phone. I think the idea of calling a cab is a better idea.

I would not want to use Uber at all Auntie Lulu. I know an Uber driver…I grew up knowing him. He was accused (not sure if it was true but he pled guilty) years ago of giving alcohol to a minor. She claimed he was putting the make on her I guess to get her drunk. If it’s true, I don’t know. I never trusted him, he always gave off ‘pervert’ vibes. He tried something with me when I was young. So, beware of Uber! Call Zcab (I think that’s what Yellow Cab Co renamed themselves) or anything but them.… Read more »

DAMN!! Imagine what’d happen if that guy was in AMERICA!!!

Yeah, their new law automatically registers them with the voter registry unless they specifically “opt out”. How’s that for no shame? He’s sort of an ugly version of “Ladka” from “Taxi”. 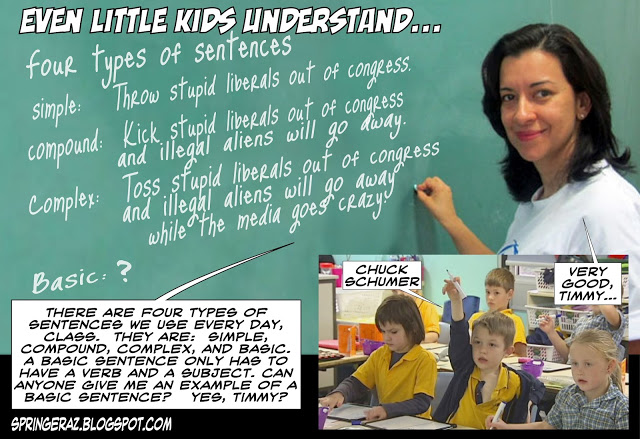 These acts are rape. Not the #metoo crap.

Imagine the mess if the sane ever take back control and have to straighten this mess out. Illegals should lose their license, voting rights, social services and sent back. It will take time and millions, but well worth the effort in the long run. From what I have seen lately these DACA heathens aren’t worthy of being here when they wear their flags while burning ours and giving us the finger and making demands all the while. Most haven’t even applied to do their paperwork. Why are they allowed to suck us dry? They have no intention of Assimilating. Probably… Read more »

This is the plan of the Zionist freemasons. Courtesy of Georgie Soros. This is the intentional invasion and devolvement of our country and our free society. They want to replace it with a sharia law society of easy to control muslims. The muslims are also victims in this in that they’re being played as well, they had their countries bombed thanks to Satanists like Bush 1 and 2, then they are offered free stuff and a chance to spread hijra.