Since the Department of Justice seems reluctant or unable to do it, a former Secret Service agent is taking matters into his hands.
Former Secret Service officer Gary J. Byrne is the author of the 2016 bestseller, Crisis of Character: A White House Secret Service Officer Discloses His Firsthand Experience with Hillary, Bill, and How They Operate. Byrne concludes that from his experiences, Hillary Clinton “lacks the integrity and temperament to serve in the office” of the U.S. presidency.

On June 15, 2018, in the District of Columbia District Court, Gary Byrne filed a civil lawsuit, Byrne v. Clinton Foundation et al, Case no. 1:2018cv01422, against these individuals and organizations for RICO — racketeering and fraud. In alphabetical order, the defendants are:

RICO is the acronym for the Racketeer Influenced and Corrupt Organizations Act — a U.S. federal law that provides for extended criminal penalties and a civil cause of action for acts performed as part of an ongoing criminal organization. The RICO Act focuses specifically on racketeering — a planned or organized criminal operation — and enables the leaders of a syndicate to be tried for the crimes they ordered others to do or assisted them in doing. In so doing, RICO closes a loophole that had allowed a person who instructed someone else to, for example, murder, to be exempt from the trial because they did not actually commit the crime personally.
Byrne’s case has been assigned to Judge Paul L. Friedman, who was appointed in 1994 by Bill Clinton to the U.S. District Court for the District of Columbia.
H/t Investment Watch Blog
~Eowyn

I pray he is successful in doing what the justice dept and the rest who are responsible won’t do. Thanks for the info.
Blessings:-}

hallelujah!
I will pray for Gary Byrne’s safety.
shouldn’t the judge who was appointed by clinton to a case involving clinton recuse himself?

Nah, that’s only for the “little people”, not the Clinton Royalty. 😉

MomOfIV . . . I am with you, I also am very concerned for Mr Byrne’s safety. We have seen far too many Arkancides to not be concerned.
I also think this Judge should recuse himself, since he was appointed by Bill Clinton. It’s absolutely ridiculous if he doesn’t. I think I will be sending him a letter to suggest the same.

About time… especially after Clinton Cash. 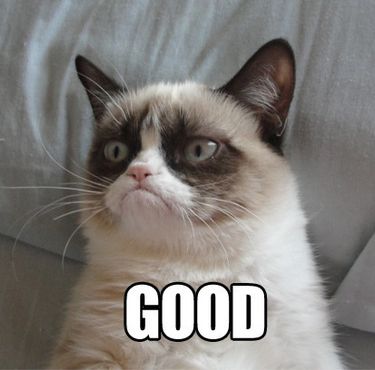 Excellent. We must pray for the safety of Mr. Byrne…you know that “Arkancide” tends to sneak up on folk…

The Clintons and their lawyers will fight like ‘Dracula avoiding daylight’ to NEVER be deposed.

I wish him the best of luck and may God watch over him, I’d hate to see him snuffed by the Clinton murder machine!

The DOJ is anything but just. One of the leaders of the group that verbally attacked the DHS Secretary in a restaurant earlier this week is employed by the DOJ. I guess they are hiring their employees directly from prison now.?
I pray for Mr. Byrne’s safety and success.

If he starts a “go fund me” I would contribute.

Well,if anything DOES happen to him,we’ll know who’s behind it,and if there’s ANY justice to be found,the investigators won’t let Clinton’s Clowns deter them.I suspect the people they use to kill for them probably aren’t as cautious as they SHOULD be,because they know they’ll be protected and there won’t be an investigation of any note.

Loving this if it’s true, Thanks for posting will take to my page and link back to yours. J.C.

This is such great news! May the Angels of Heaven Bless and Protect each person who works for conviction.

I hope we will be seeing more and more of this sort of thing.
Just sue the bastards.
It’s the only thing that the commie-lib types actually understand.

A 15 minute treason trial followed by blindfolds and firing squads would be more appropriate, but this is a good start – if it goes anywhere. A civil judgment to wipe them out financially would also be so nice. In a stacked system where all governments are owned by the criminals and traitors, I don’t see that it’s likely to happen – however nice it is to think about.

I wish him much luck and safety and now for an honest judge.

The Clinton mafia and the Russians are masters at “dispatching obstacles” without trace leaving more questions than answers, sooner than later they’ll get their way with Mr. Byrne. The Clintons are here and Washington fears the Clintons more than far away Russia. Nothing is going to happen to neither the Clintons and their partner in (hate) crime Mustafá Obama. They have their sacrificial lambs already chosen. The dead ones and their families cry out for JUSTICE, we cry out for JUSTICE, she’s nowhere to be found!

Great to see this posted, big news! & very true > Why hasn’t Uncle Sam’s DOJ gone after these lower-than-lowlife commie traitors?! I had seen the suit in a tweet early yesterday & thought the name Gary Byrne sounded familiar but couldn’t remember who he was. Duh! So thanks for the details, including the “bad news” that the Judge is a Willy(-Nilly) appointee, ugh. That Judge is “famous” for letting Hinckley (Reagan’s attempted-assassin) out of the looney bin in 2016. Byrne is asking for $1.55 Billion in damages in the 210-page lawsuit. The PACER page for the suit is regularly… Read more »

“Byrne’s case has been assigned to Judge Paul L. Friedman, who was appointed in 1994 by Bill Clinton to the U.S. District Court for the District of Columbia.”
I already see a set-up. Like all of you, I pray Gray’s safety and success.
PROUD UNITED STATES of AMERICA PATRIOT
USMC Vietnam Veteran 68-69
aka Hardtimes 3/9 3rd Mar Div

Paul Friedman is a Zionist gatekeeper appointed by Clinton with a history of pro Clinton Mafia rulings. He is effectively a modern version of Louis Brandeis — Unless a conflict of interest can be enforced, I do not see how this can have any positive outcome.