From Fox News: Authorities named one of two Middle Eastern refugees believed to be responsible for last week’s London subway bombing, as new details emerged about their troubled time being fostered by a British couple previously honored by Queen Elizabeth II.
Yahyah Farroukh, 21, was identified as one of the suspects being held by London police, Sky News reported. Farroukh was arrested at a fried chicken shop, where he worked, in Hounslow in west London Saturday night. Suleman Sarwar, 43, who owns the chicken shop, said the 21-year-old suspect was arrested after he finished his shift.
“He was very normal,” Sarwar told Sky News. “I don’t know how long he worked here. It was surprising seeing him on the news.”
Farroukh’s Facebook profile indicated he was from Damascus and studied English in West Thamas College between 2013 and 2015. He was living in Stanwell, Surrey, where officials conducted a search on Sunday, but also most recently was registered to live with Penelope and Ronald Jones, who were honored by the queen for fostering more than 200 children – including refugees from Middle Eastern countries affected by conflicts. Another unidentified 18-year-old man who was arrested earlier in the day at Dover ferry port, where boats to France leave, was also fostered by the couple.
Both men are being held under the Terrorism Act and questioned by London police about Friday’s attack, when an improvised explosive device partially detonated aboard a subway train at Parsons Green station during morning rush hour, injuring 30 people.
But trouble with the couple’s foster children was reportedly visible beforehand – when police visited the Sunbury house two or three weeks ago, according to neighbor Stephen Griffiths.
“The police were there multiple times over the span of about a month — a few times a week,” Griffiths said. “You always think foster kids are going to have a bit of trouble, but you don’t think terrorism.”
The 18-year-old man is believed to be an Iraqi orphan who moved to the United Kingdom when he was 15 years old, after his parents died. The man was reportedly a “problem” for the foster parents and they had been contacting officials before the attack, according to the Telegraph. He lived with the Joneses, but hadn’t been arrested “in the last couple of weeks” despite the police activity at the Jones house, a Metropolitan Police spokeswoman told Sky News.
The news of frequent police visits could shed light on a tweet sent soon after the attack by President Trump in which he appeared to criticize British authorities for not acting sooner to prevent the attack.
“Another attack in London by a loser terrorist. These are sick and demented people who were in the sights of Scotland Yard. Must be proactive!” Trump wrote.
Images of the 18-year-old suspect, who is believed to have planted the bomb, have not emerged.
ITV News, however, obtained CCTV footage showing a man near Joneses’ Sunbury house Friday morning carrying a bag from Lidl supermarket. Images after the device detonated on Friday showed it was carried in a Lidl bag.
ISIS has claimed responsibility for the attack, but British officials said there’s no proof yet the terror group was actively involved in the planning, preparation or carrying out of the attack. British Prime Minister Theresa May raised the city’s terror threat level to “critical” – meaning an attack is imminent – but downgraded it Sunday to “severe” – meaning an attack is highly likely.
“Severe still means that an attack is highly likely, so I would urge everybody to be vigilant but not alarmed,” Home Secretary Amber Rudd said.
DCG

I received this article from Judicial Watch last night.
https://www.worldtribune.com/report-isis-in-possession-of-more-than-11000-blank-syrian-passports/

Brits aren’t listening to Sadiq! He’s giving the ok to terrorism! They need to throw their sorry butts out of the country and send them back to where they came from, including Sadiq!

Reblogged this on kommonsentsjane and commented:
Reblogged on kommonsentsjane/blogkommonsents.
Remember when Obama told America – he was going to see that our country would experience what war is like and would bring our country down to the level of the rest of the world. Is that what the London mayor is doing by bringing the terrorists in to all of Europe and America and blow up and kill the people. That doesn’t sound like a peaceful Islam.?
kommonsentsjane

[…] via Shocker, not: Refugees eyed in British subway terrorist attack — Fellowship of the Minds […]

“ISIS has claimed responsibility for the attack, but British officials said there’s no proof yet the terror group was actively involved in the planning, preparation or carrying out of the attack.” Whether it’s “official” ISIS or not, they want the same thing, the same outcome! Sharia Law! They all have the same beliefs in their heart, whether they’re in Iraq waiving the black flag of ISIS, or living next door to you.

It won’t end and it won’t get better, as long as these invaders are allowed into countries with nothing in common. 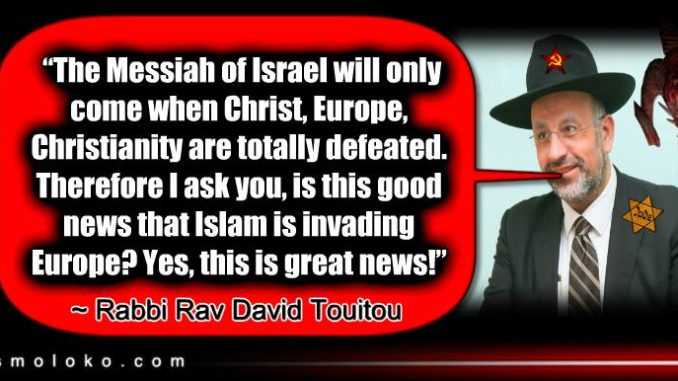 None of this is new. As long as people are tuned into the TV for their information, they’ll remain ignorant.