Raven Symone: The US is in a 'World War' and Americans need to watch 'what's coming out of our mouths to fuel the fire'

Because everyone goes straight to The Spew for their comprehensive and intellectual international terrorism analysis.

Via Daily Mail: The women of The View discussed the devastating terror attacks that occurred in Brussels on the program Tuesday, and how they thought the presidential candidates responded to the bombings.
‘I’ve been saying this for a while – it’s not official for the government to obviously say – but we’re in a kind of a World War situation,’ said Raven Symone at the start of the show.  ‘It’s everywhere. And we need to definitely see what’s going on and what’s coming out of our mouths to fuel the fire.‘
The series of bombings in the Belgian capital – which occurred near the American Airlines terminal in the city’s airport and at a Metro station close to the headquarters of the European Union – have claimed the lives of at least 34 individuals. ISIS has since claimed responsibility for the attacks in a statement released through their Amaq news agency.

Joy Behar, another intellect on The Spew…

Symone was joined by Joy Behar, Paula Faris and Sunny Hostin on the program Tuesday. Hostin spoke about the ISIS threat after Symone’s World War comment, saying; ‘We are not in a war with the Islamic faith but we are certainly in a war with terror. And I am tired of seeing this over and over again. When does it end and what do we do about it?‘
The four women then got into an exchange about good versus evil, with Behar saying it was not as simple as that when it comes to an attack like the one in Brussels. Symone then weighed in, saying; ‘But when does it come down to aren’t we all on this planet together and when are we going to realize this planet isn’t going to house us forever? We have to live here together. No matter how old you get you need to remember that fact. You have a problem let’s flush it out together instead of killing mass people.‘
Behar then said; ‘But when you’re suicidal you don’t care about that, and that’s the problem. People are willing to kill themselves, it’s very difficult to fight that.’
Hostin and Faris spoke about how much they appreciated Trump’s comments in the aftermath of the attacks, during which he called for the borders to be shut and Muslims in the United States to be kept under surveillance. The two women said that Hillary Clinton seemed muted in comparison, and that she was not as strong as Trump in her statements.
Symone shared her opinion of Trump and his comments with the women, saying; ‘You know me, I’ve been trying to watch [Trump]. I’m not a very big fan and I look at it and I go, you know he does not understand – I don’t know if it’s a real word, verbage – the verbiage that you use when you close the door to your house.  You say it with your family. You don’t say it on the other side of the door.’ She went on to say that he had a ‘crassness’ that has never been seen in a president before, and that is why she believes he has millions of supporters.
Responding to his comments about Muslims however Behar expressed her disregard for Trump, saying that in this country they have assimilated ‘tremendously.’
Symone said she believes what is happening to Muslims is similar to what happens to black people in America. ‘They’ll label just one black person and say the community is bad,’ said Symone. ‘We put stereotypes on people.’
DCG
Please follow and like us:

it’s a whole nother kettle of fish, raven. the muslim illegals (i refuse to call them undocumented) are raping girls and women in europe. is that what joy means by “assimilated”? why doesn’t joy behar house a family of muslims in her own house then she can talk. the absolute last thing i would do is listen to this room full of opinionated heffas gabfest. that show is almost as bad as the real(ratchet)

Talk shows are a very cleverly crafted form of mind control. I actually agree with Stark Raving Symone, in part: YES, there shall be a Third World War, in that Albert Pike wrote and predicted that there would be one. And given all the study I have done, it has come down from the British Crown/Rothschild cabal, through its vassal states, the United States and Saudi Arabia, and that our foreign policy, since 9/11, has been to steer us into one. And there is a neo-con cabal that is rooting for it. Shortly after 9/11, Gen. Wesley Clarke publicly announced… Read more »

Dear Ms. Symone: The muslim/islam/terrorist/moors/arabs/turks/pirates of the Barberry Coast and whatever other names this people group has used over the centuries, have been killing, burning, raping other civilizations and sometimes even their own, for well over 1,400 years. I don’t think they are going to stop now and sing Kum-ba-ya-why-can’t-we-all-get-along! To not realize the history of the Quran’s followers is cutting off your nose to spite your face. It does no good. We can not deal with these people in a vaccum. May the Lord have mercy.

MA in MO . . . Bravo! Very well stated. You cannot deal with a group of people who are down-right crazy . . . you will always be at a dis-advantage. Little Miss Raven is stark raving mad . . . what adult woman do you know who wears a her hair in such a fashion, and really thinks that society will take her seriously. Joyce Behar is a lost cause, besides being an odious human being, she is one brick short of a load. It’s to bad they let her come back to re-appear on the show. She… Read more »

raven symone….can that be a real name?? she look like a cartoon version of lucille ball….she do that on purpose?
These ladies can’t be chosen for their beauty…or intellect. I guess that’s why i just channel surf right through when I see em.

Kevin . . . I hate to compare Raven with Lucille Ball. I think many people loved Lucy, but Raven has very little about herself to endear herself to us.

The View is junk, a mindless reflection of our cheeseball culture. Sometimes the lady and I will watch Netflix. Still junk but well written junk. For the really good stuff there’s the Bible, Walker Percy, Flannery O’Connor, a Tarkovsky film, and even a somewhat corny Michael O’Brien. And when I need a strong dose of fallen human nature give me anything by Richard Yates that vastly underrated chronicler of anxiety and failure.

After Woody did 37 lines of cocaine! Hahahahahaha!!!

Yes, Raven Simone, we really should be saying things like this about how we’ll respond: 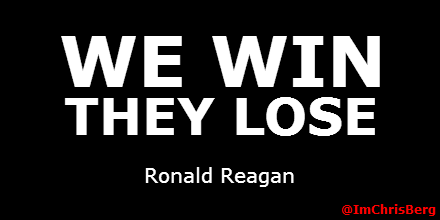 Why do people even listen to comedians and actors on a talk show for crying out loud????

Actors spend their lives reading aloud lines others write… and then expect us to listen to them and take them seriously when they start talking politics. Funny huh?

For instance, George Clooney: This scene (though cool) was 1. Somebody else’s words, and 2. Doesn’t make the liberal stuff he might advocate worth anything.
https://www.youtube.com/watch?v=cxKBl713mLs