Putin on the de-Christianization and decline of the West

The Valdai Discussion Club was established in 2004 to promote dialogue of Russian and international intellectual elites and to deliver independent objective scholarly analysis of political, economic, and social developments in Russia and the world. The Club is named after Lake Valdai, close to Veliky Novgorod, where the Club had its first meeting.
In October 2016, the Valdai International Discussion Club had its 13th annual meeting, on “The Future in Progress: Shaping the World of Tomorrow.” Over the three-day event, 130 experts and political analysts from 35 countries examined current issues concerning development of international relations, internal political organisation, the economy, demography, and technology.
At the final session of that meeting, Russian President Vladimir Putin delivered a speech that no American politician has given or will — on Western countries’ denial and rejection of their Christian roots and western civilization, which has led to a moral crisis in which culture is degraded and primitivized, and pedophilia is normalized and promoted. That, in turn, has resulted in a demographic crisis, despite the importation of migrants.
Below is a video clip of a portion of Putin’s speech, followed by a partial transcript of his speech.
https://www.youtube.com/watch?v=7wDW_3FGAQY

“Today we need new strategies to preserve our identity in a rapidly changing world, a world that has become more open, transparent and interdependent. This fact confronts virtually all countries and all peoples in one form or another: Russian, European, Chinese and American – the societies of virtually all countries….
For us (and I am talking about Russians and Russia), questions about who we are and who we want to be are increasingly prominent in our society. We have left behind Soviet ideology, and there will be no return. Proponents of fundamental conservatism who idealise pre-1917 Russia seem to be similarly far from reality, as are supporters of an extreme, western-style liberalism.
It is evident that it is impossible to move forward without spiritual, cultural and national self-determination. Without this we will not be able to withstand internal and external challenges, nor we will succeed in global competitions. And today we see a new round of such competitions. Today their main focuses are economic-technological and ideological-informational. Military-political problems and general conditions are worsening. The world is becoming more rigid, and sometimes forgoes not merely international law, but also basic decency….
[Every country] has to have military, technological and economic strength, but nevertheless the main thing that will determine success is the quality of citizens, the quality of society: their intellectual, spiritual and moral strength. After all, in the end economic growth, prosperity and geopolitical influence are all derived from societal conditions. They depend on whether the citizens of a given country consider themselves a nation, to what extent they identify with their own history, values and traditions, and whether they are united by common goals and responsibilities….
Russia’s sovereignty, independence and territorial integrity are unconditional. These are red lines no one is allowed to cross. For all the differences in our views, debates about identity and about our national future are impossible unless their participants are patriotic. Of course I mean patriotism in the purest sense of the word….
Another serious challenge to Russia’s identity is linked to events taking place in the world. Here there are both foreign policy and moral aspects. We can see how many of the Euro-Atlantic countries are actually rejecting their roots, including the Christian values that constitute the basis of Western civilization. They are denying moral principles and all traditional identities: national, cultural, religious and even sexual. They are implementing policies that equate large families with same-sex partnerships, belief in God with the belief in Satan.
The excesses of political correctness have reached the point where people are seriously talking about registering political parties whose aim is to promote pedophilia. People in many European countries are embarrassed or afraid to talk about their religious affiliations. Holidays are abolished or even called something different; their essence is hidden away, as is their moral foundation. And people are aggressively trying to export this model all over the world. I am convinced that this opens a direct path to degradation and primitivism, resulting in a profound demographic and moral crisis.
What else but the loss of the ability to self-reproduce could act as the greatest testimony of the moral crisis facing a human society? Today almost all developed nations are no longer able to reproduce themselves, even with the help of migration. Without the values embedded in Christianity and other world religions, without the standards of morality that have taken shape over millennia, people will inevitably lose their human dignity. We consider it natural and right to defend these values. One must respect every minority’s right to be different, but the rights of the majority must not be put into question.
At the same time we see attempts to somehow revive a standardized model of a unipolar world and to blur the institutions of international law and national sovereignty. Such a unipolar, standardized world does not require sovereign states; it requires vassals. In a historical sense this amounts to a rejection of one’s own identity, of the God-given diversity of the world….” 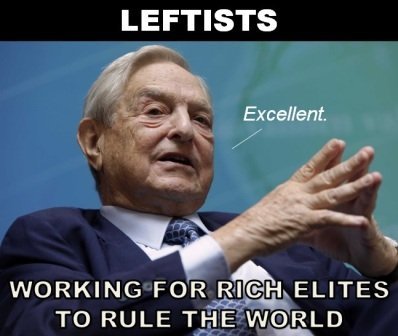 “One must respect every minority’s right to be different, but the rights of the majority must not be put into question”
I could not have put it better.

And this is the man our liberals want to go to war with. After the suggestion by President Trump that Russia give back Crimea, it has become clear to me that he’s caving under the combined opposition forces of Pseudo/Neo-conservatism and the modern left wing establishment. We the People of the United States put Trump in office, in a free, fair and constitutional election. However, the combined forces opposed to Democracy have halted, at an official capacity, Trump from carrying out his duties as acting chief. He is now cornered, and the Crimea stunt is the strongest evidence that Trump… Read more »

“…..this opens a direct path to degradation and primitivism, resulting in a profound demographic and moral crisis.” And don’t the progeny of the Frankfurt School know this ? Our decay is the result of a deliberate act of aggression by the Tribe using Christian values such as ” compassion” in a false way to undermine us in every way shape and form. My fear is that we are in an echo chamber at this point. Too many have no incentive to be red pilled at this point, and will die clinging to their cultural Marxist thought control. I read the… Read more »

Our own government has made the true U.S. citizens ashamed to look those once considered our worst enemies straight in the face.

The globalists and the GOP establishment war hawks want war with Russia. The globalists drool over the possible fortunes they will make financing both sides, half with our tax dollars. The NWO people want the war for a different reason. The U.S. and Russia are the two remaining countries that stand in their way; take us out, and they’re home free. The U.S., unfortunately, is nearing self-destruction. For decades, we allowed these insane people to brainwash and dumb down our population, destroy our families, values and morals, and now we’re paying for it. Russia will never give up Crimea; it… Read more »

I would never have believed that the words of a former KGB operative would make more sense than 90% of U.S. politicians. We are at the point of no return, President Trump is our last chance. Any American with an ounce of decency left in their being had better awaken to this reality.
All who carry true Christian values in their hearts better start walking as they talk. Yes, we are imperfect beings, but to display hypocrisy and ignorance is a choice we make at our peril.

The Clergy don’t even have the courage to voice such sentiments in public especially the Catholic clergy, all to muzzled by their 501C3 tax exempt status.

I watched this….very true indeed. Your article could not be more timely as to the link and article I am attaching below. It is obvious the push to quash national/cultural identity is before our very eyes and why. This Week The ‘Arch Of Baal’ Was Displayed For The Third Time In Honor Of ‘The World Government Summit’ https://investmentwatchblog.com/this-week-the-arch-of-baal-was-displayed-for-the-third-time-in-honor-of-the-world-government-summit/ Did you know that 4,000 world leaders from 130 different countries gathered in Dubai this week for the World Government Summit? It was held from February 12th to February 14th, and it featured more than 100 internationally-known speakers including UN Secretary General… Read more »

Wow! This made my day! Thank you, Dr. Eowyn. The thing that hardened my hatred of the USSR was their militant atheism and persecution of christians. President Putin is living proof that Russia is no longer the USSR, but embraces its christian roots. Time for America to wake up, too.

Putin has made no secret of his devout Christianity. I suspect that is part of the problem he had with Obama, he knew where his loyalty was. He had no respect for his nambey pambey ways and his personal life style. I have read several times where Putin was working with Assad to protect the Christians over there, I don’t know, I am not there. Putin warned Obama twice about the Boston brothers and was ignored. Putin kept us out of war with Syria, while Obama was salivating to go to war. Can Putin be a bad guy, you bet,… Read more »

Many thanks for this excellent inside view of Russian contemporary political thinking. Reading it here is the first I’ve heard of it, which is not surprising considering how little of the outside world is filtered through the MSM that saddles the USA. It is because of the Excellence of this website that it is the only one I feel I need to follow or participate. Other websites are now one-off sources of information or amusement, with virtually nothing in between!

Putin is very impressive. Some of us know full well what’s wrong with the West. So does Putin. This is why they want a showdown. It is either “multi-polar” and “diverse” in a natural way, or we are all slaves of the state. It isn’t surprising to see those who wish to rule humanity. What’s strange is watching those who will enforce this rule for praise and valuable prizes. Those who join these delusional losers are a mystery to me. When we choose to be observers in our lives this is what happens. We let others tell us what choices… Read more »